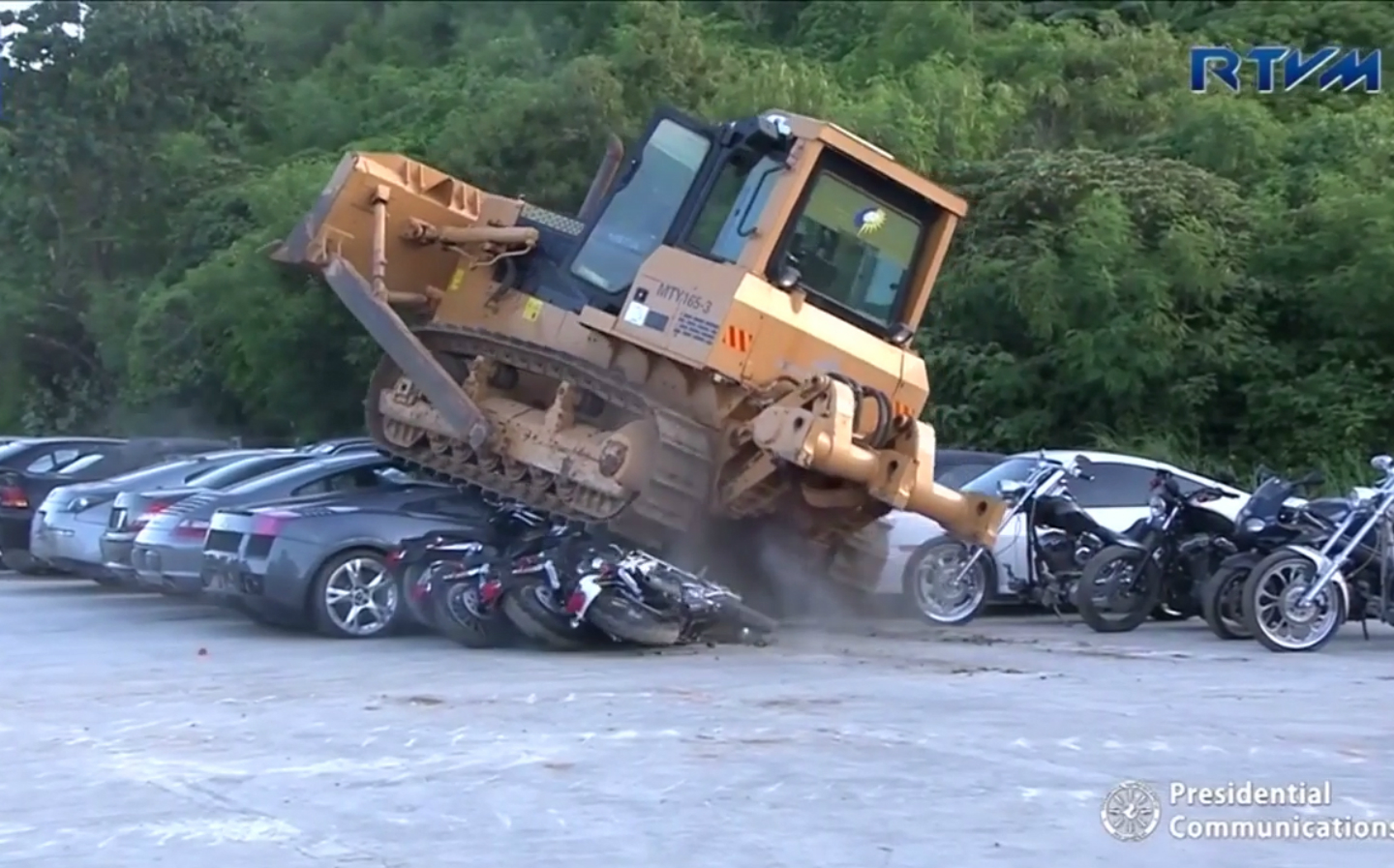 THIS IS the moment 68 luxury cars and motorbikes were crushed by a bulldozer, following a crackdown on corruption in the Philippines.

Exotic Lamborghini and Porsche sports cars and plush BMW and Mercedes limos are reduced to scrap under the watchful eye of Rody Duterte, President of the Philippines.

In the UK, it is not uncommon for cars can be impounded and crushed if they are found to be on the public road without insurance. But in the Philippines, authorities are tackling something more serious: smugglers who attempt to import luxury cars without paying taxes.

For this reason, many attempt to smuggle their car in to the country under the radar – meaning many more expensive cars have gone to the crusher in the Philippines.

According to the president’s press office, eight contraband luxury motorcycles were also destroyed, including models from Harley Davidson and Triumph, as well as custom choppers.

This was not the first time Duterte had overseen the destruction of vehicles at Port Irene. Fourteen used luxury cars were destroyed there in March.