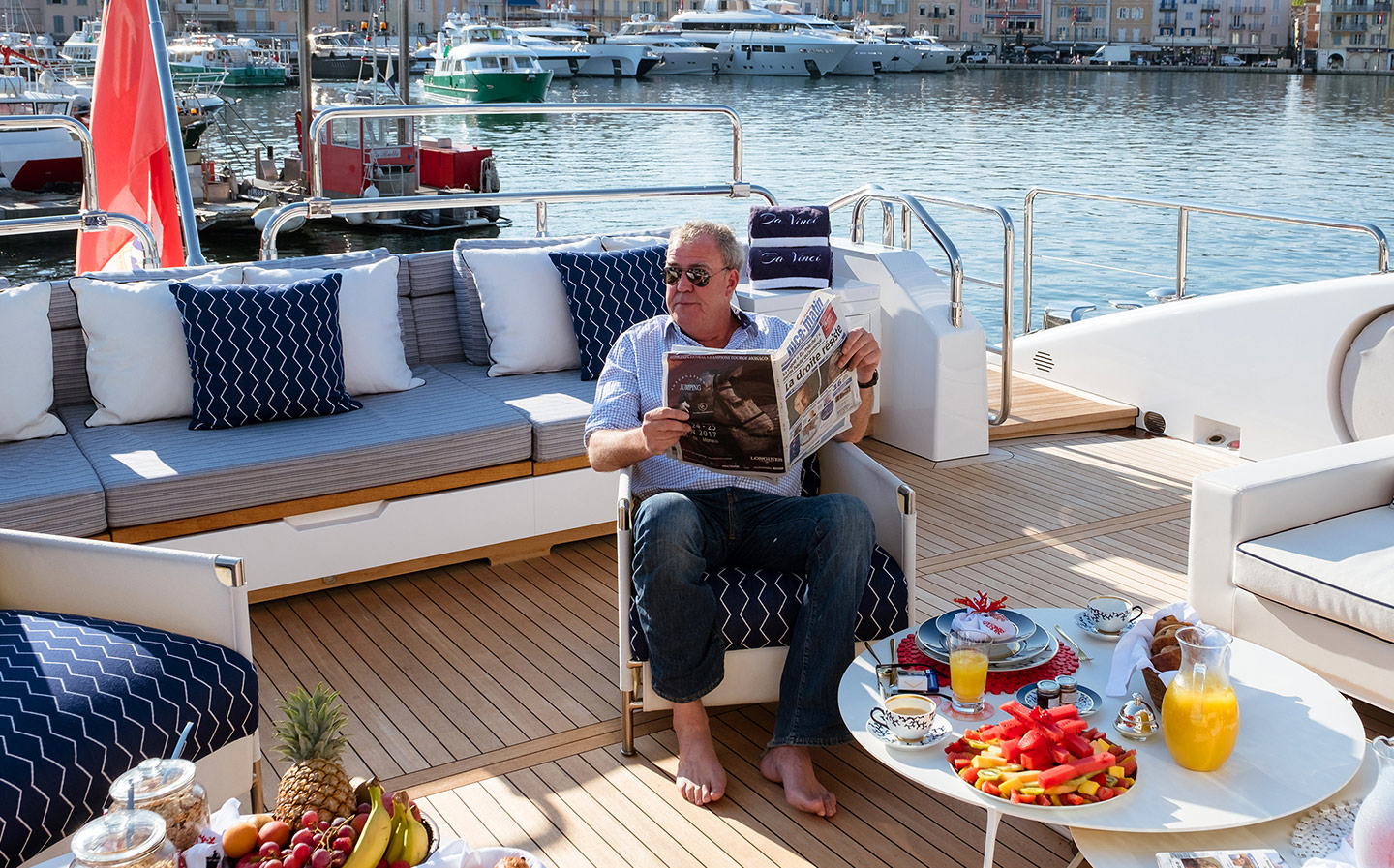 WAITING for A-level results is a a worrisome experience for most but Jeremy Clarkson has reminded those teenagers biting their nails today not to panic, in a way that only the Grand Tour presenter can.

In a style of tweet that has become an annual tradition for Clarkson, 58, he pointed out that he got below average results in his A-level exams and yet is currently enjoying an extremely lavish lifestyle. His problem today is deciding which of his Range Rovers to drive.

Don’t worry if your A level grades aren’t any good. I got a C and 2 Us. And I’m sitting here deciding which of my Range Rovers to use today

As pointed out by Twitter user Scott Bryan, this isn’t the first time Clarkson has used the tactic to help calm the nerves of UK students awaiting their exam grades; Clarkson has been sending such messages of hope for a number of years.

In 2014, he wrote: “If your A level results aren’t joyous take comfort from the fact I got a C and two Us. And I have a Mercedes Benz.”

In 2016, Clarkson repeated the gesture by telling people that, despite his poor grades, he was at the time “on a superyacht in the Med”.

And on results day last year, he boasted that his chef was “preparing truffles for breakfast”.

WE GET IT JEREMY pic.twitter.com/Q05YsurGL5

Jeremy Clarkson, originally from Doncaster, Yorkshire, and whose parents were a teacher and a travelling salesman, is now estimated to have a net worth of between £30m and £44m. He lives in Chipping Norton, an area known for its high-income residents.

Of course, doing poorly in exams is no guarantee of success in life, but it is certainly true that many wealthy people didn’t achieve academic greatness. Alan Sugar, Richard Branson, Simon Cowell and the late, great Sunday Times writer AA Gill all did poorly at school.