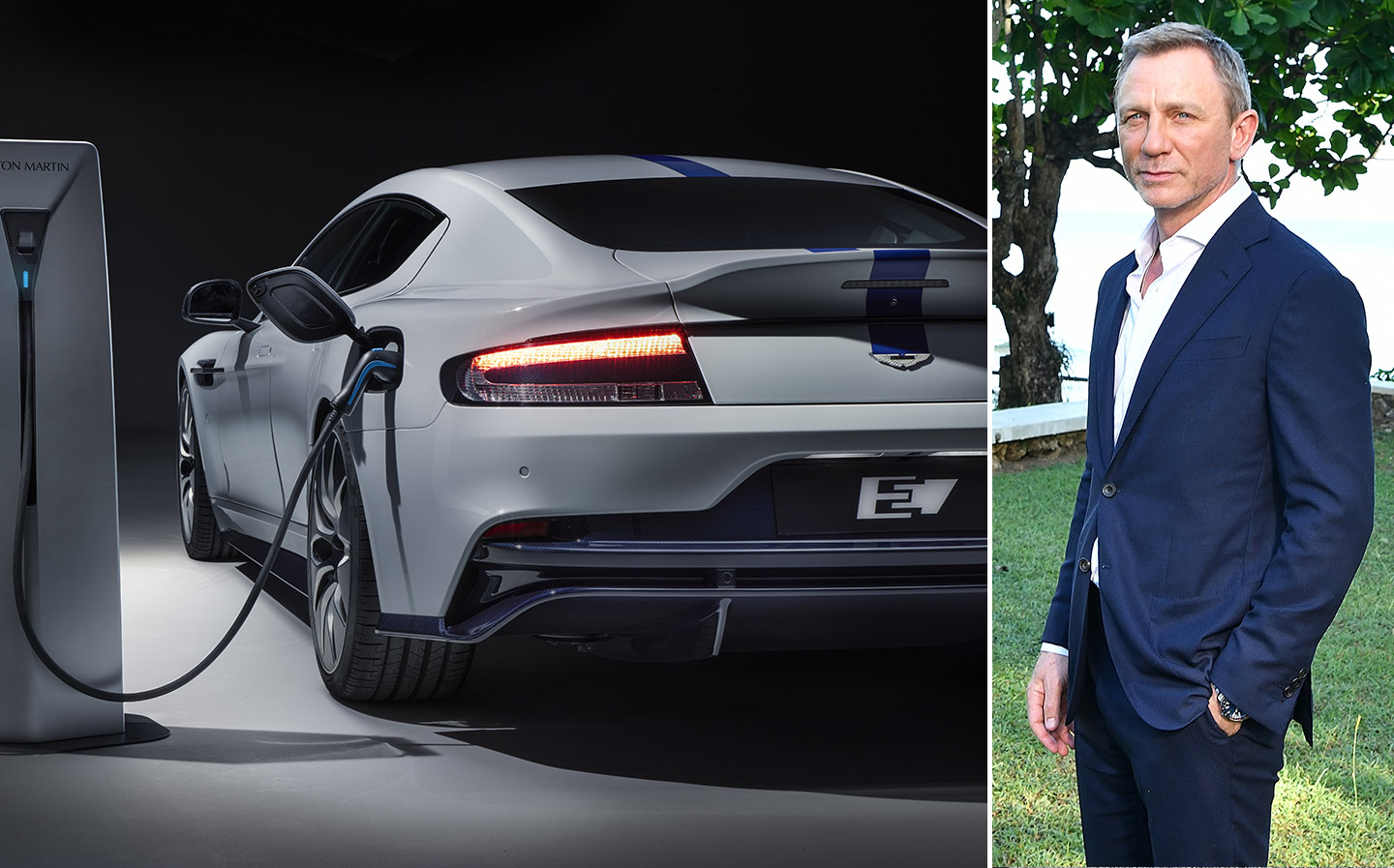 IT WAS meant to be a significant moment in the near-57 years of James Bond movies: the first time 007 was to appear behind the wheel of a pure-electric car, the Aston Martin Rapide E. Then came the British car maker’s official announcement about the cars that will appear in the forthcoming 25th Bond film, none of which were the plug-in Rapide.

Instead, the world’s best secret agent, to be played for the final time by Daniel Craig, will be seen on screen with two classic Astons — the V8 Vantage that previously appeared in The Living Daylights, and the legendary DB5 that first wowed cinemagoers in Goldfinger — and his most powerful car yet, the Valhalla, which is expected to have around 1,000bhp.

So what happened to the Rapide E? According to an Aston Martin spokesperson, speaking exclusively to Driving.co.uk at the launch of the new DBS Superlegera Volante in Spain, the electric Rapide was never actually in the picture (literally).

“We have no idea where that rumour came from,” they told us. “The three cars for the new Bond film were decided ages ago, well before that rumour emerged.”

Once the stories linking Bond to the Rapide E appeared online, Aston Martin no doubt saw no reason to quash them, partly because it was good publicity for the company’s first pure-electric car, which is currently in late-stage development with first deliveries due before the end of the year.