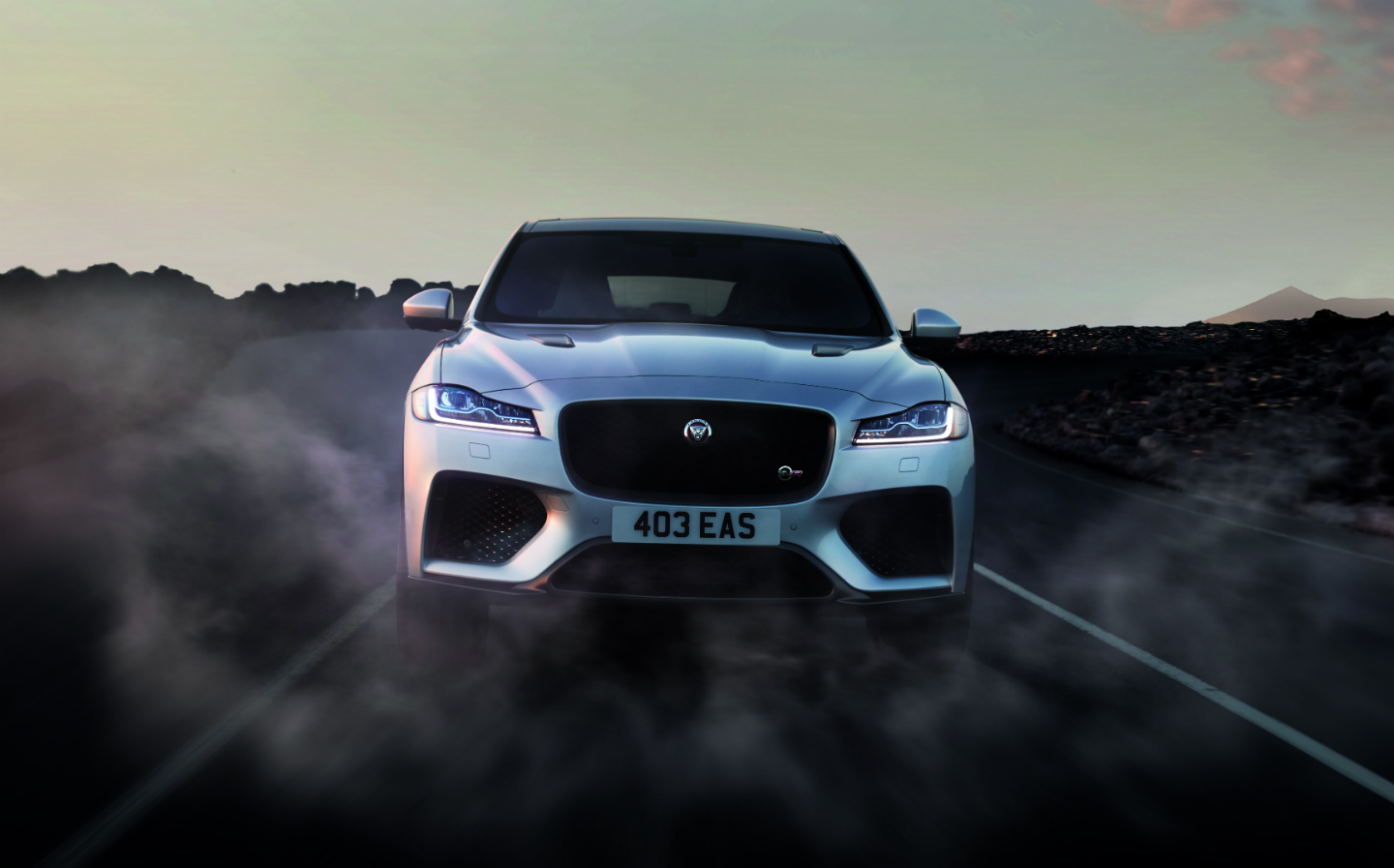 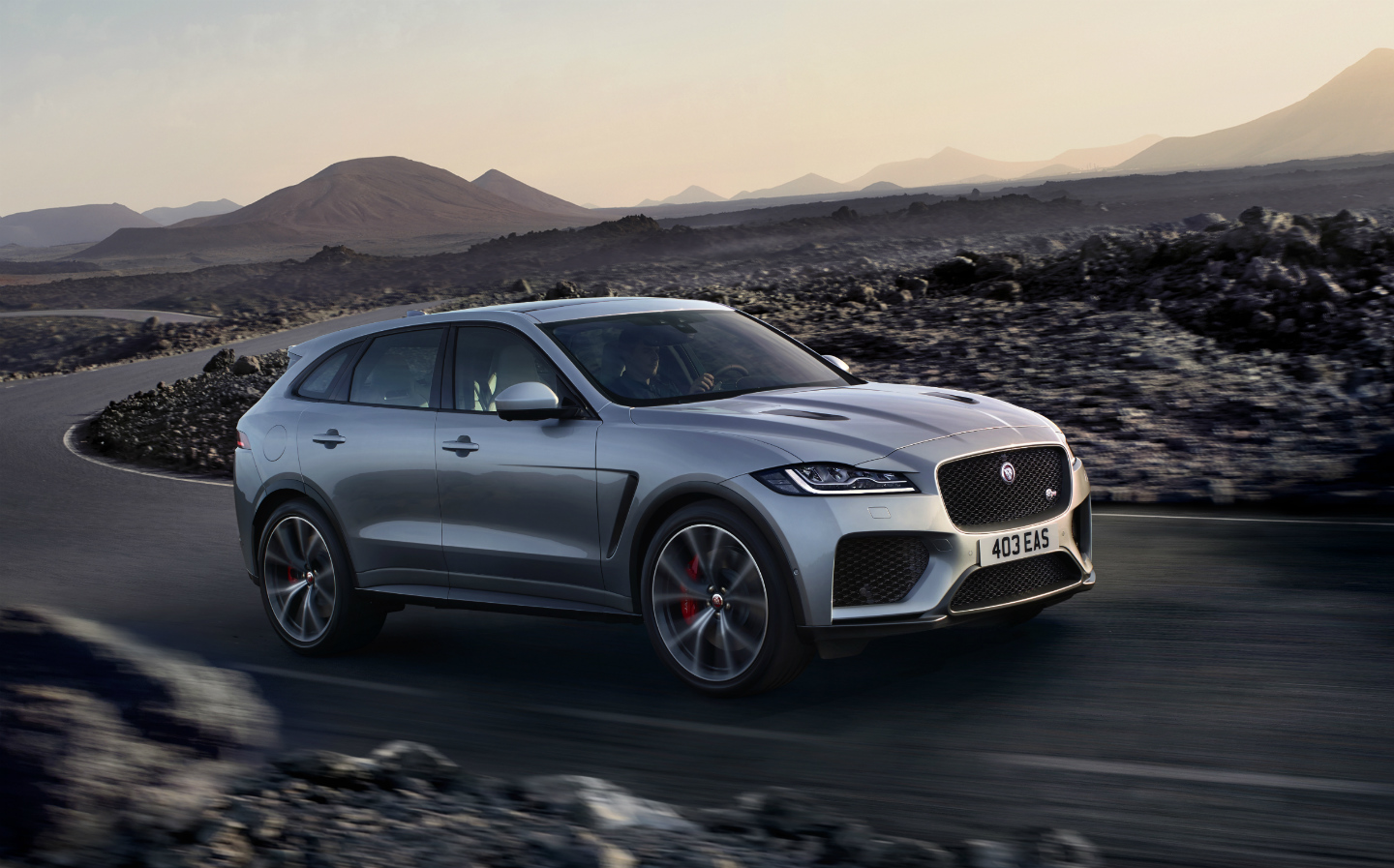 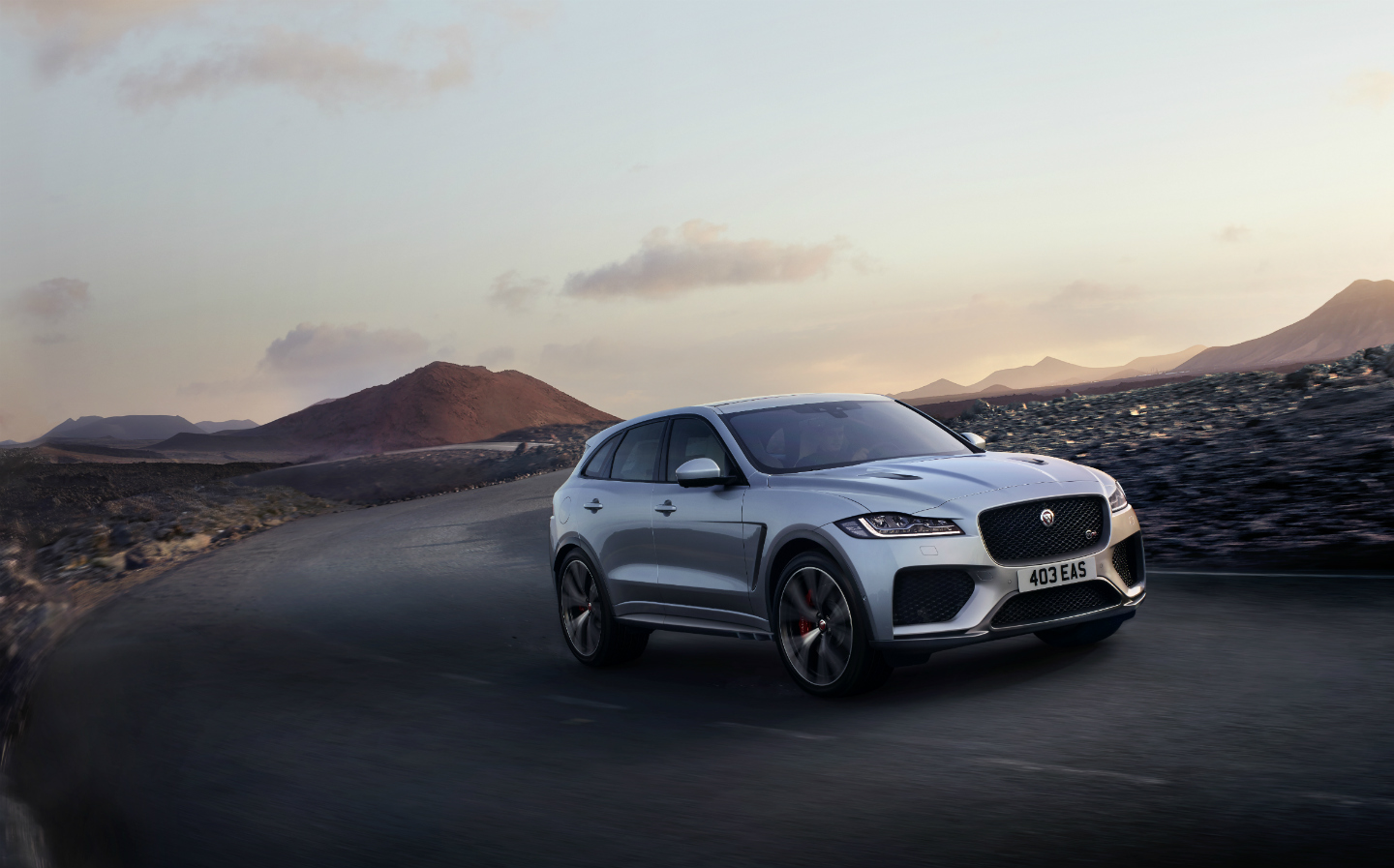 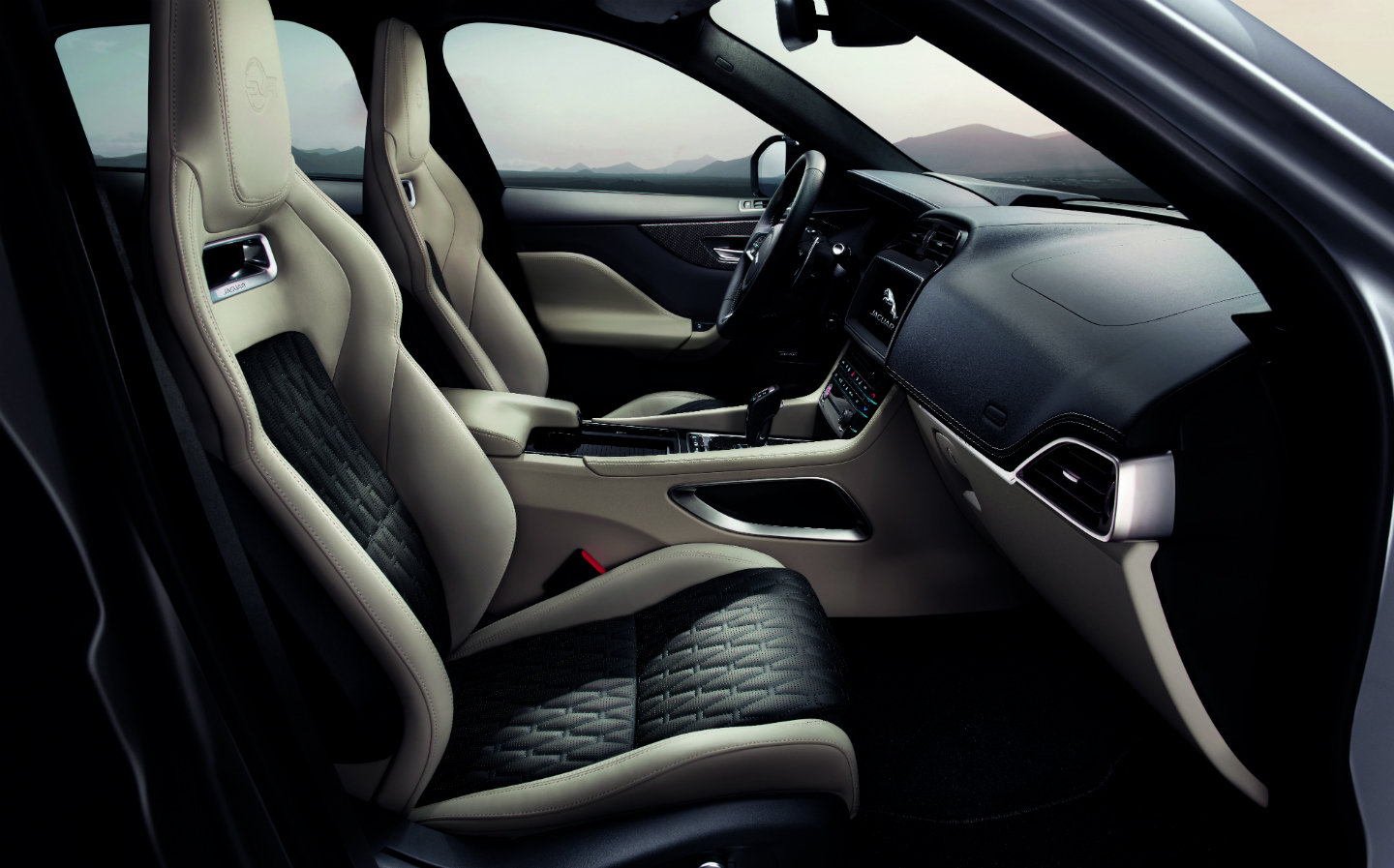 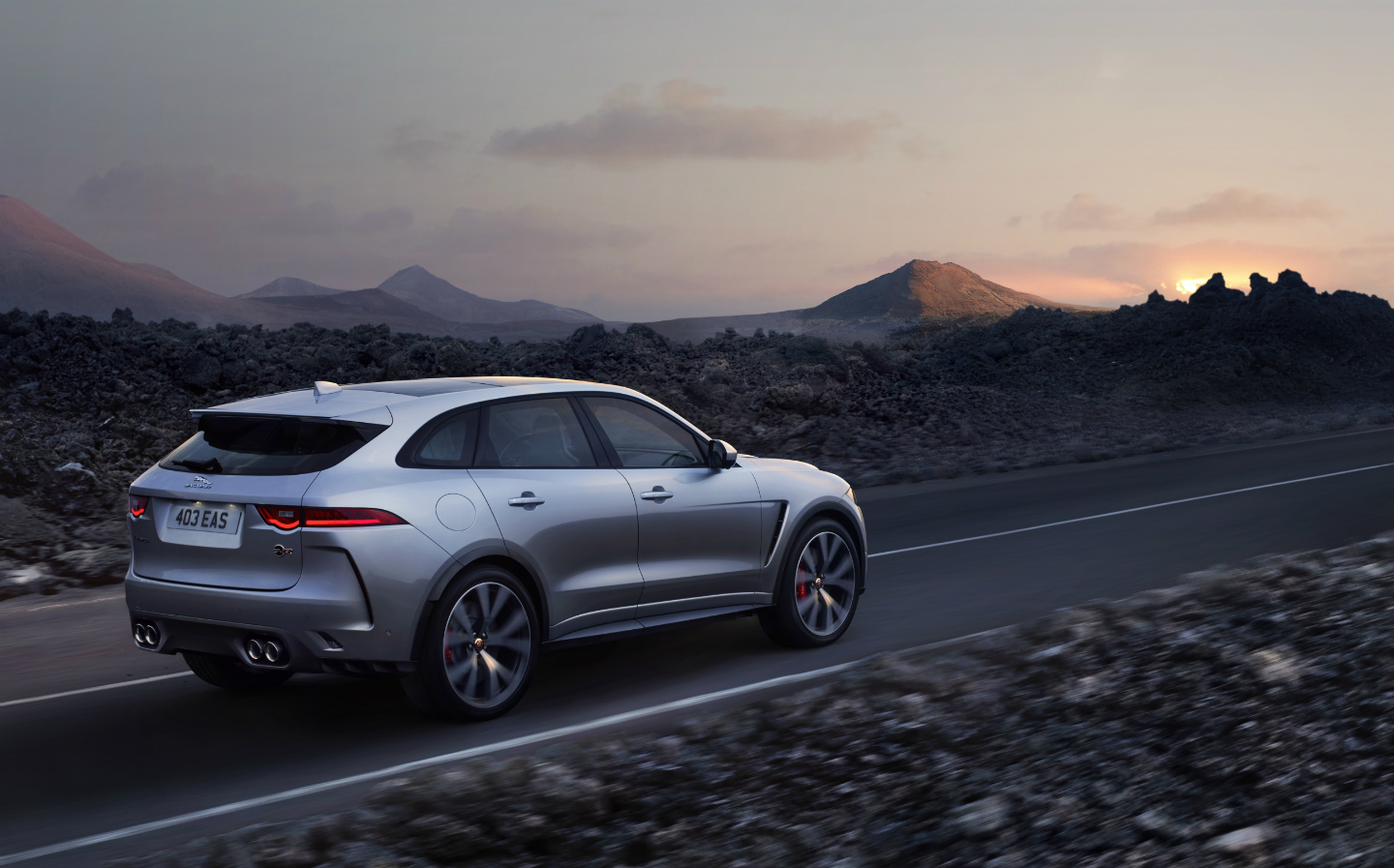 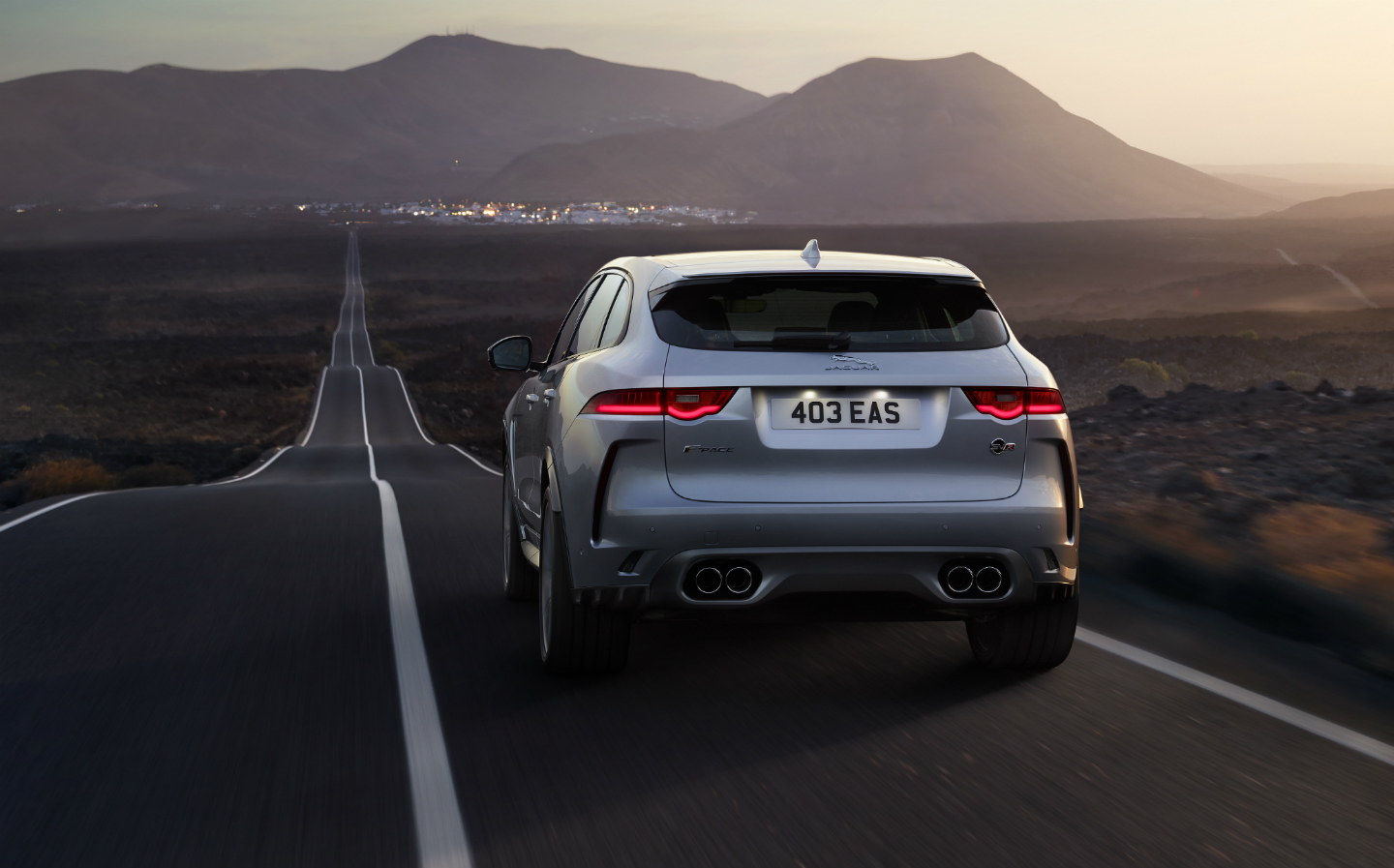 AT THE Geneva motor show, earlier this month, visitors could have been forgiven for believing that Jaguar, one of Britain’s most respected manufacturers of sports cars, had turned its back on gas-guzzlers for good. The company’s star attraction was the new I-Pace, its first zero-emission electric car for families.

Fast-forward to the end of the month, however, and visitors to the New York motor show were treated to an entirely different type of family car – the F-Pace SVR.

Billed as one of the fastest SUVs in the world, the F-Pace SVR is the new, high performance flagship for what has become Jaguar’s best-selling car.

With not an electric motor in sight, it is powered by the company’s fire-breathing supercharged, 5-litre, V8 petrol engine and boasts as much power as a Porsche 911 Turbo.

Although the likes of the Lamborghini Urus will be more powerful, the new F-Pace SVR stands comparison with some of the fastest SUVs in the world.

With 542bhp, the five-seat SUV is capable of causing children to erupt with laughter or scream in terror, depending on their disposition. It can accelerate from 0-60mph in 4.1 seconds and the car’s top speed is 176mph, says Jaguar.

As if that weren’t enough to get a reaction on the school run, the division of the company responsible for creating the F-Pace SVR – Jaguar Land Rover Special Vehicle Operations – has fitted a tuned exhaust system that comes with the signature growl that every sports car driver loves.

Those who have to ask about the fuel consumption – still to be announced by the company – probably can’t afford the fuel bills, and anyone needing to know the price – £74,835 – probably shouldn’t be asking in the first place.

With 542bhp, the five-seat SUV is capable of causing children to erupt with laughter or scream in terror

However, to be fair to the British car maker, the SVR undercuts a comparable Porsche Cayenne Turbo by almost £25,000.

What does that buy? In addition to the supercharged V8 engine and howling exhaust, the car comes with retuned suspension to help tame the jump in performance over lesser F-Pace models. The front springs are said to be 30% stiffer, the rears are 10% firmer, and the anti-roll bar is thicker to further prevent the big SUV from feeling like a ship at sea.

There are larger, lighter discs for the braking system, new lightweight, 21-inch forged alloy wheels, recalibrated steering and electronic driver aids, plus the addition of an electronic active differential for the rear wheels, which is designed to enhance the F-Pace SVR’s roadholding.

Naturally, all-wheel drive is standard, and systems called All Surface Progress Control and Adaptive Surface Response ensure the hot SUV can handle conditions in all weathers.

At the touch of a button, a ‘Dynamic’ driving mode brings out the animal in this Jaguar, while new front and rear sports seats – clothed in quilted leather – should keep the driver and passengers braced in place.

There is 4G WiFi for up to eight devices and Jaguar’s Touch Pro infotainment system with a 10-inch touchscreen and a 12.3-inch HD instrument cluster. And if you want to bring the dog along for the ride, the boot remains a healthy 650-litres.

The F-Pace range accounts for nearly 50% of Jaguar’s sales. Buyers can register their interest for the new SVR now, ahead of formal orders being taken from this summer.