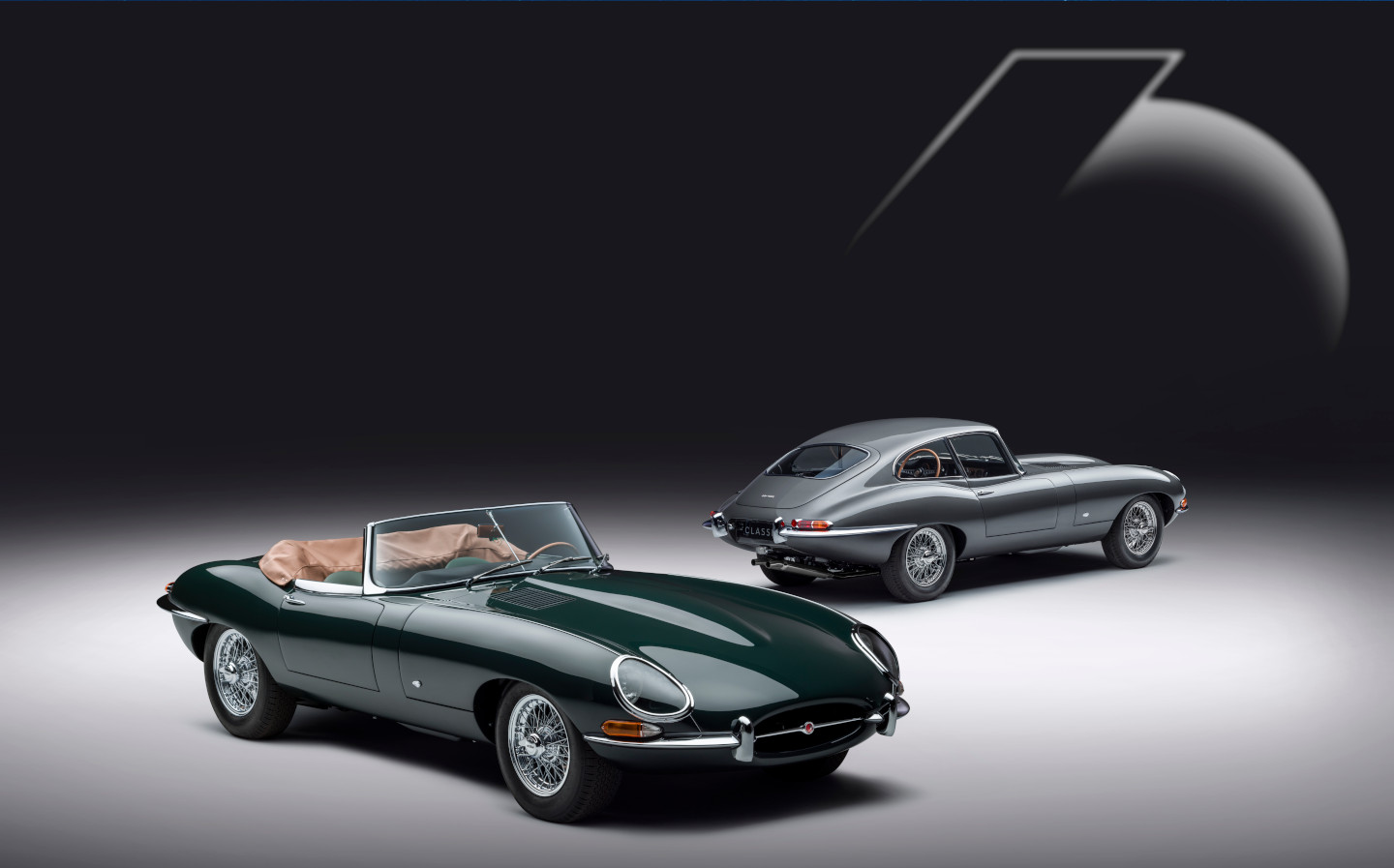 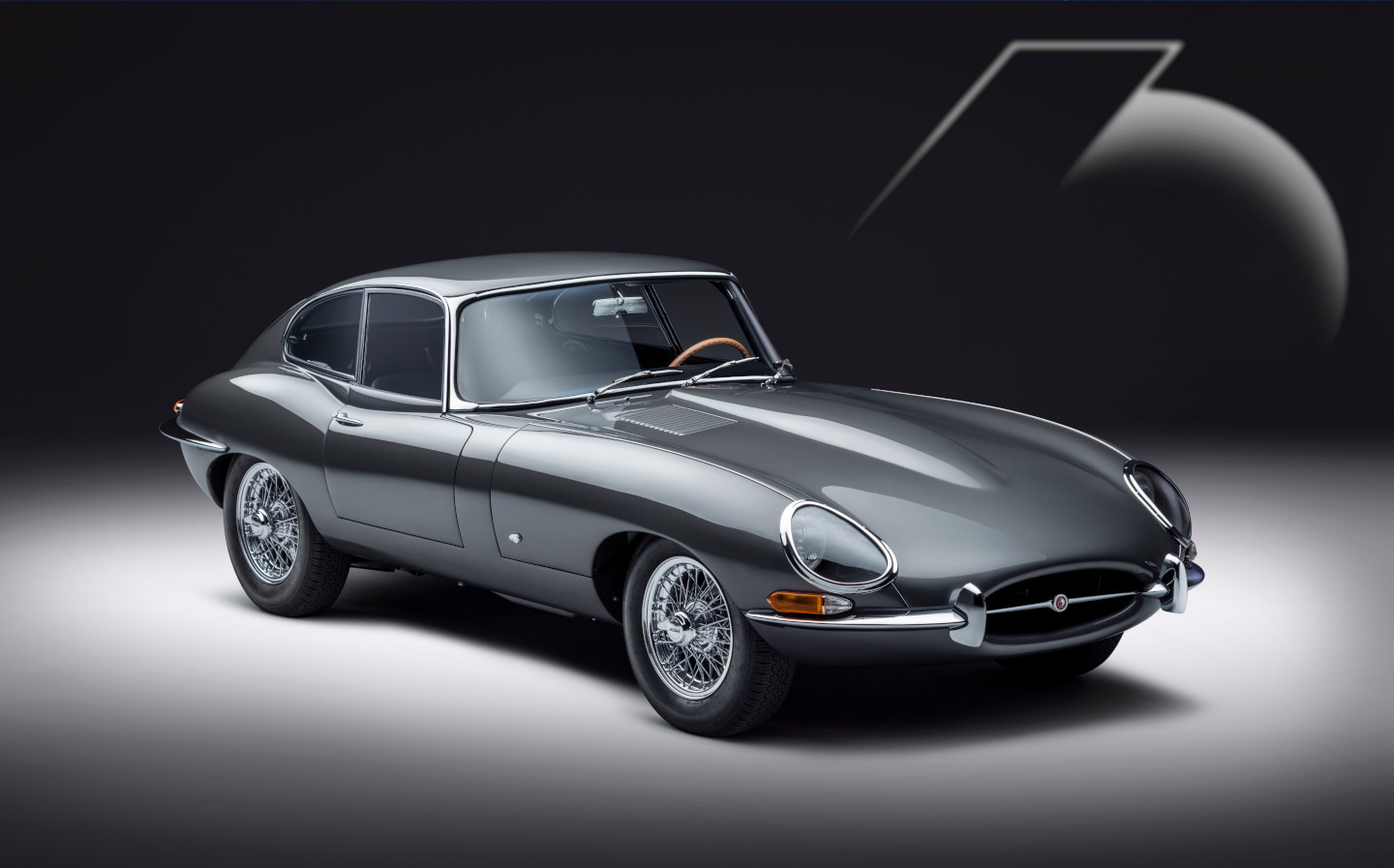 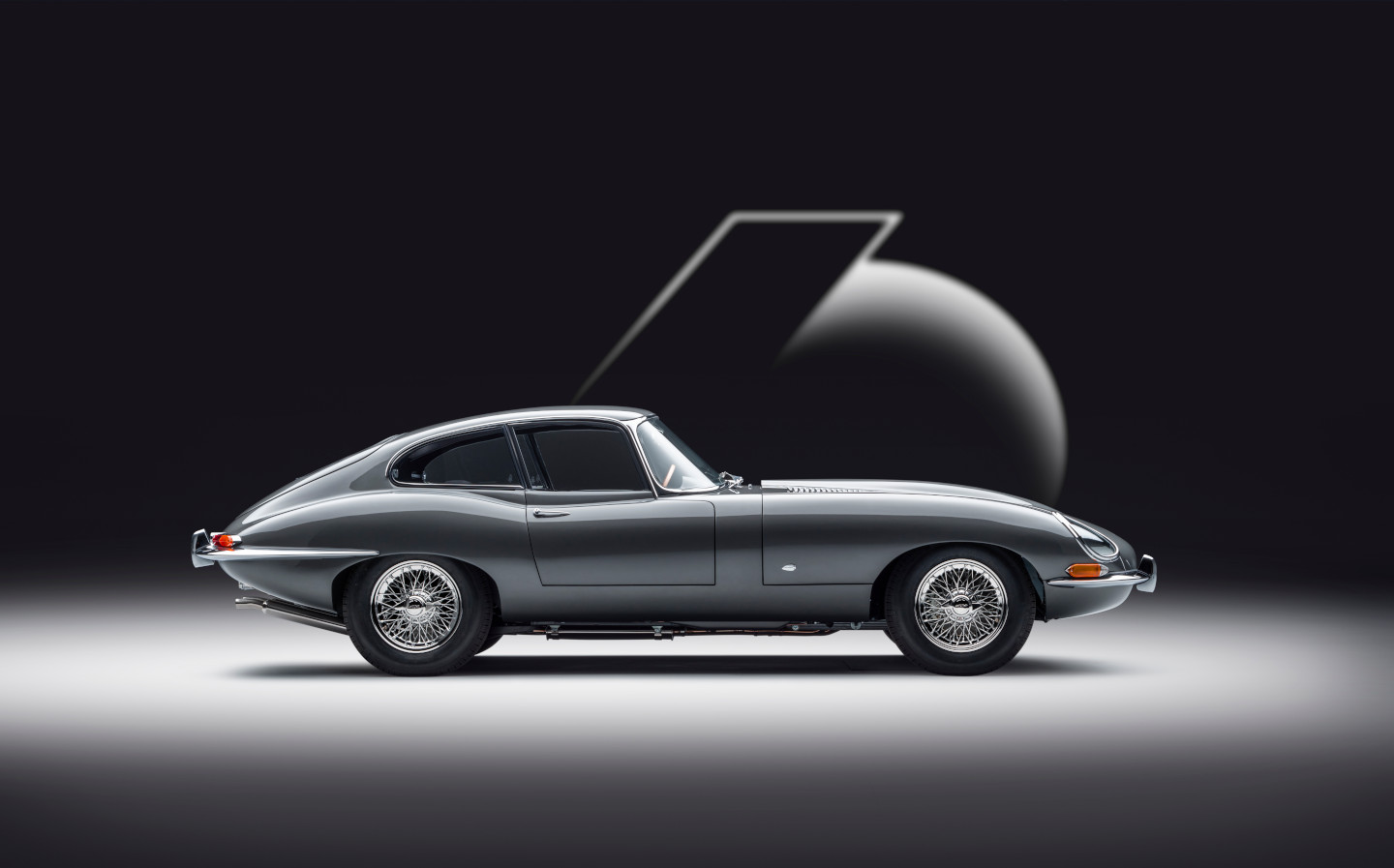 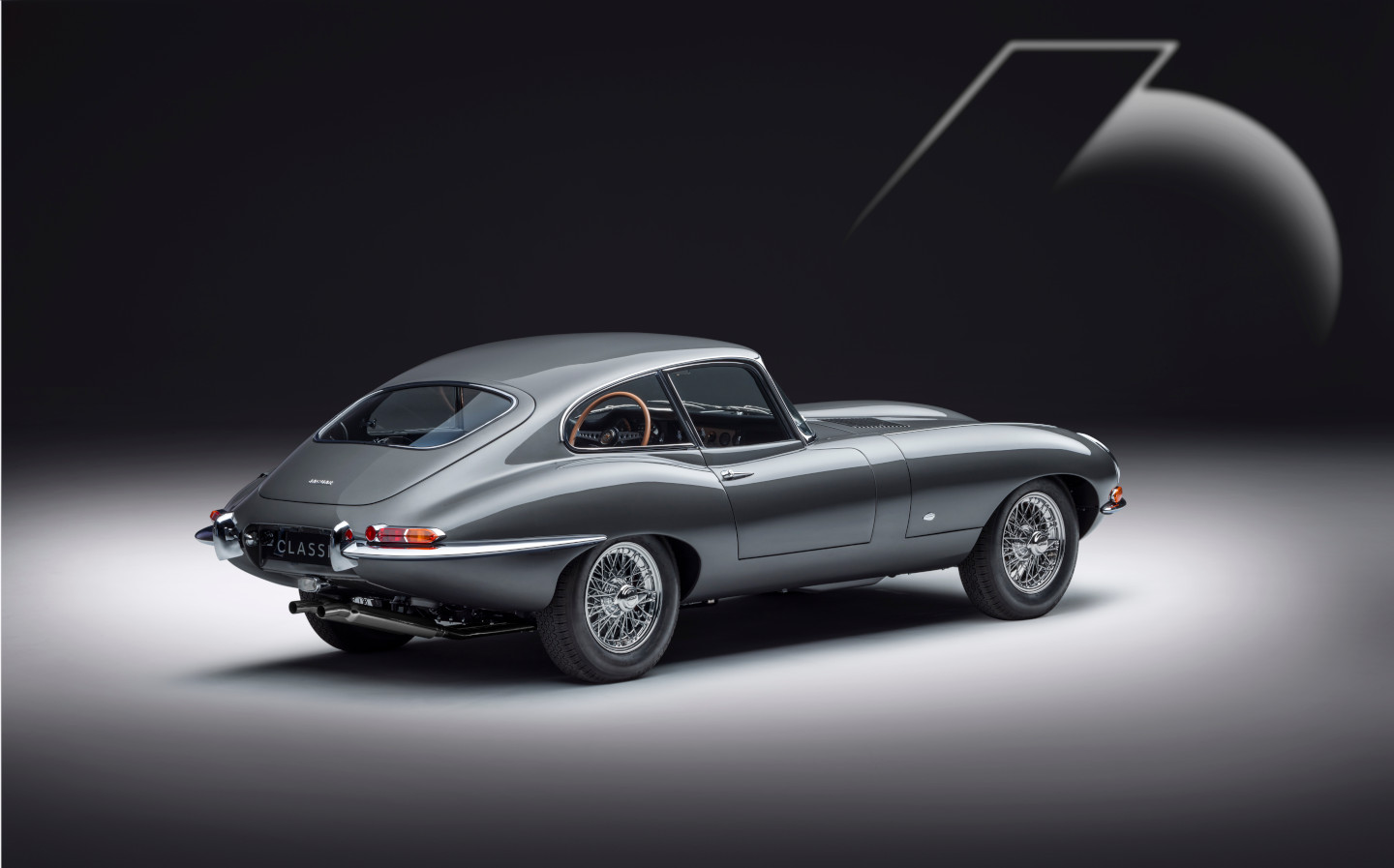 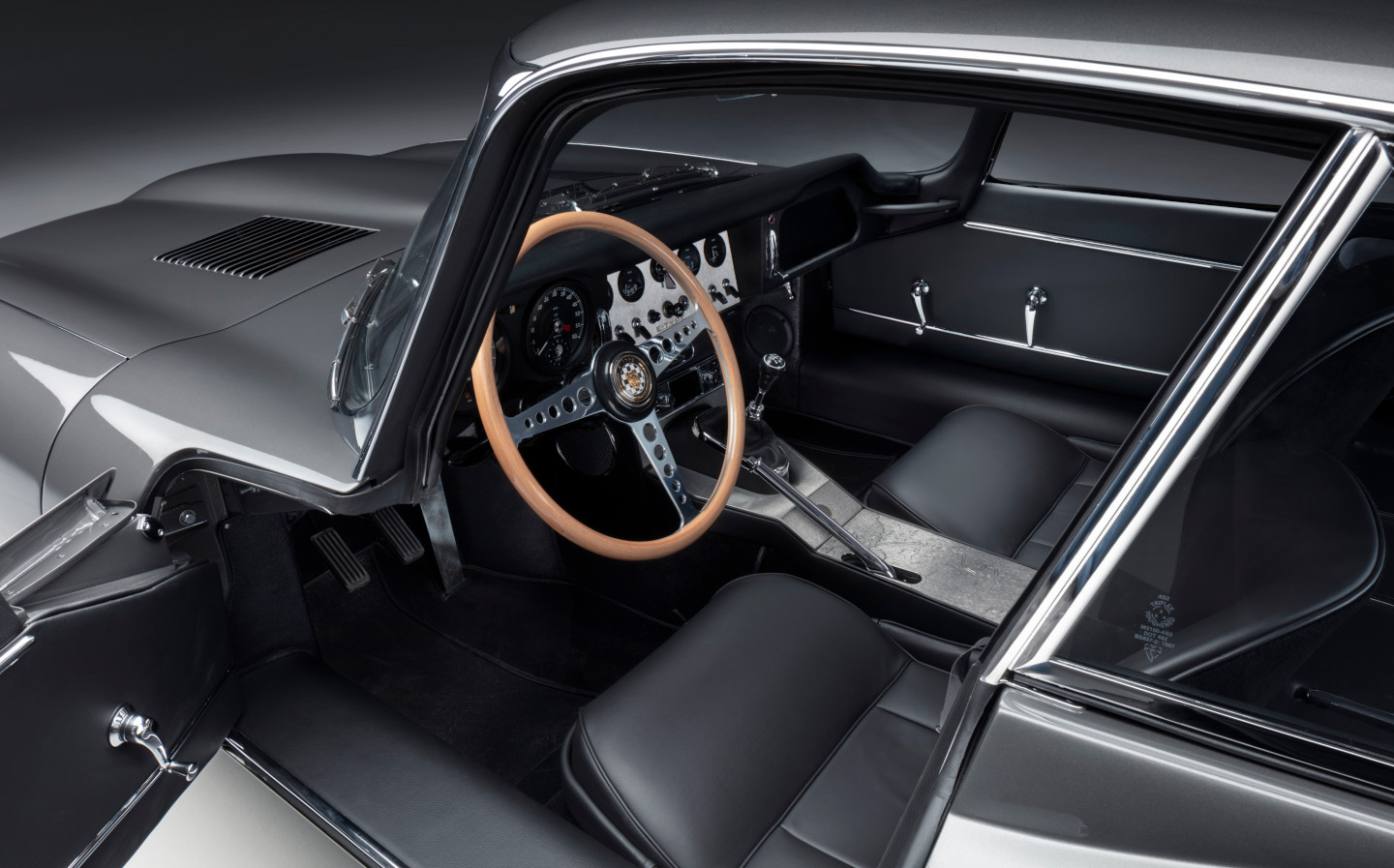 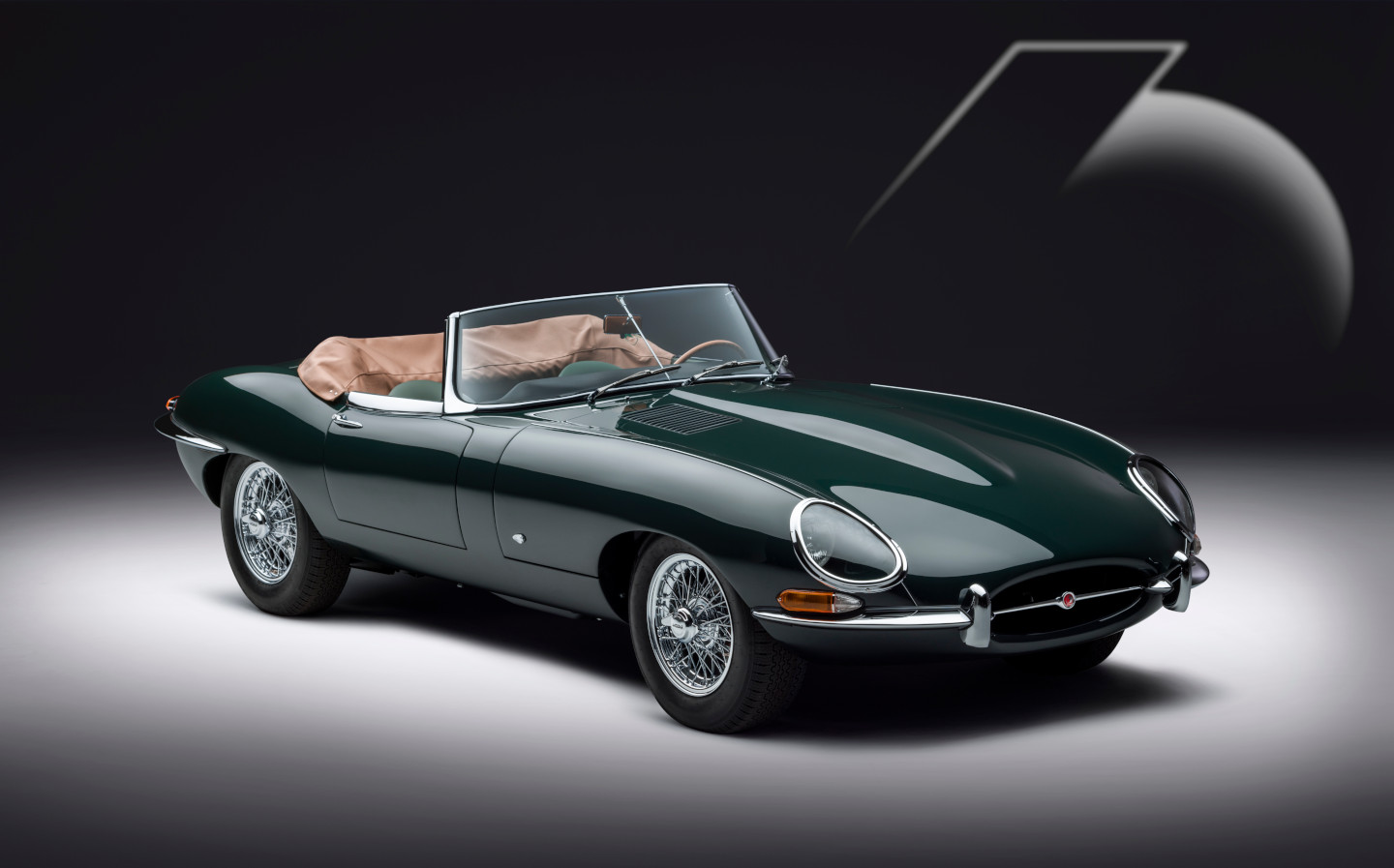 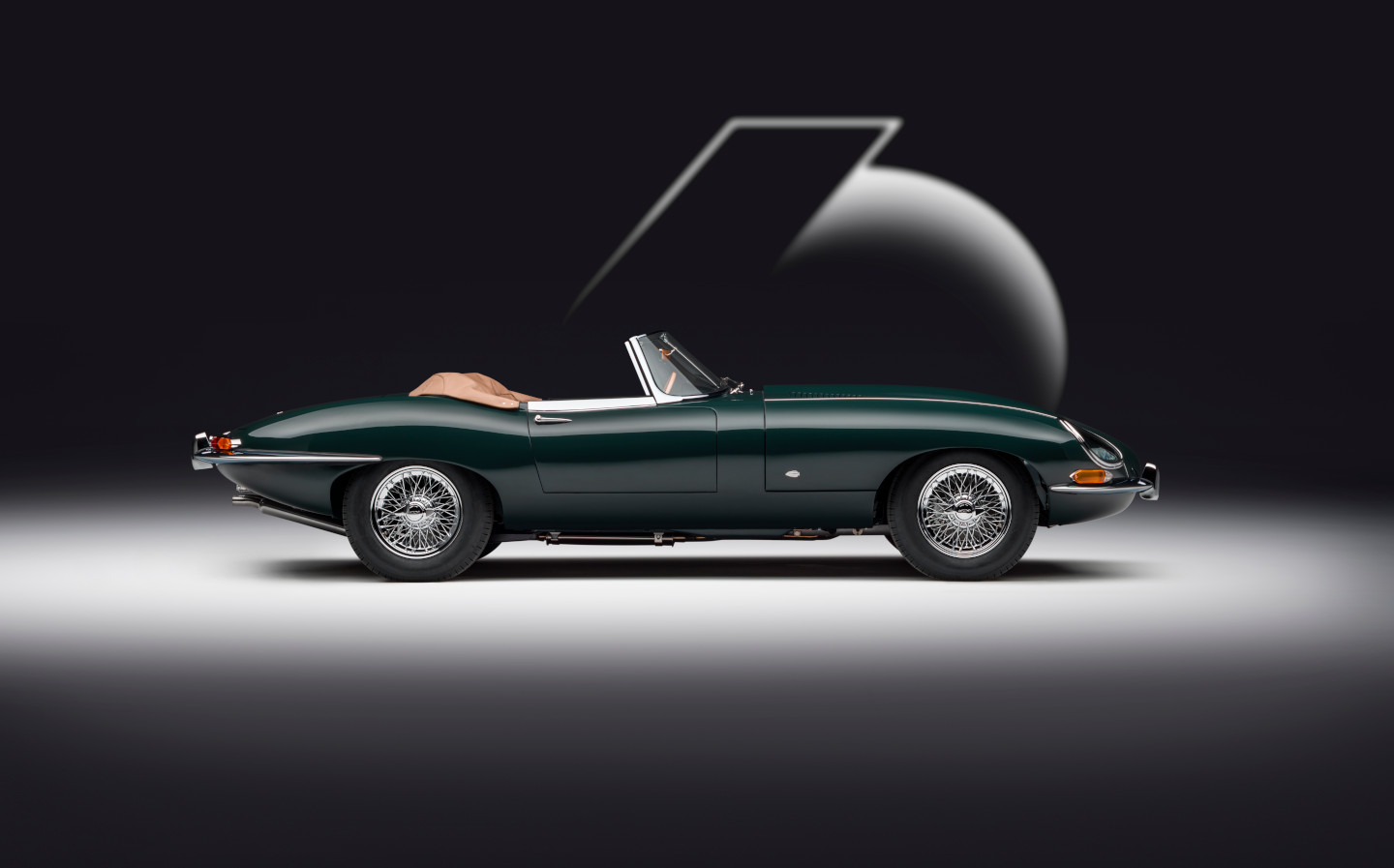 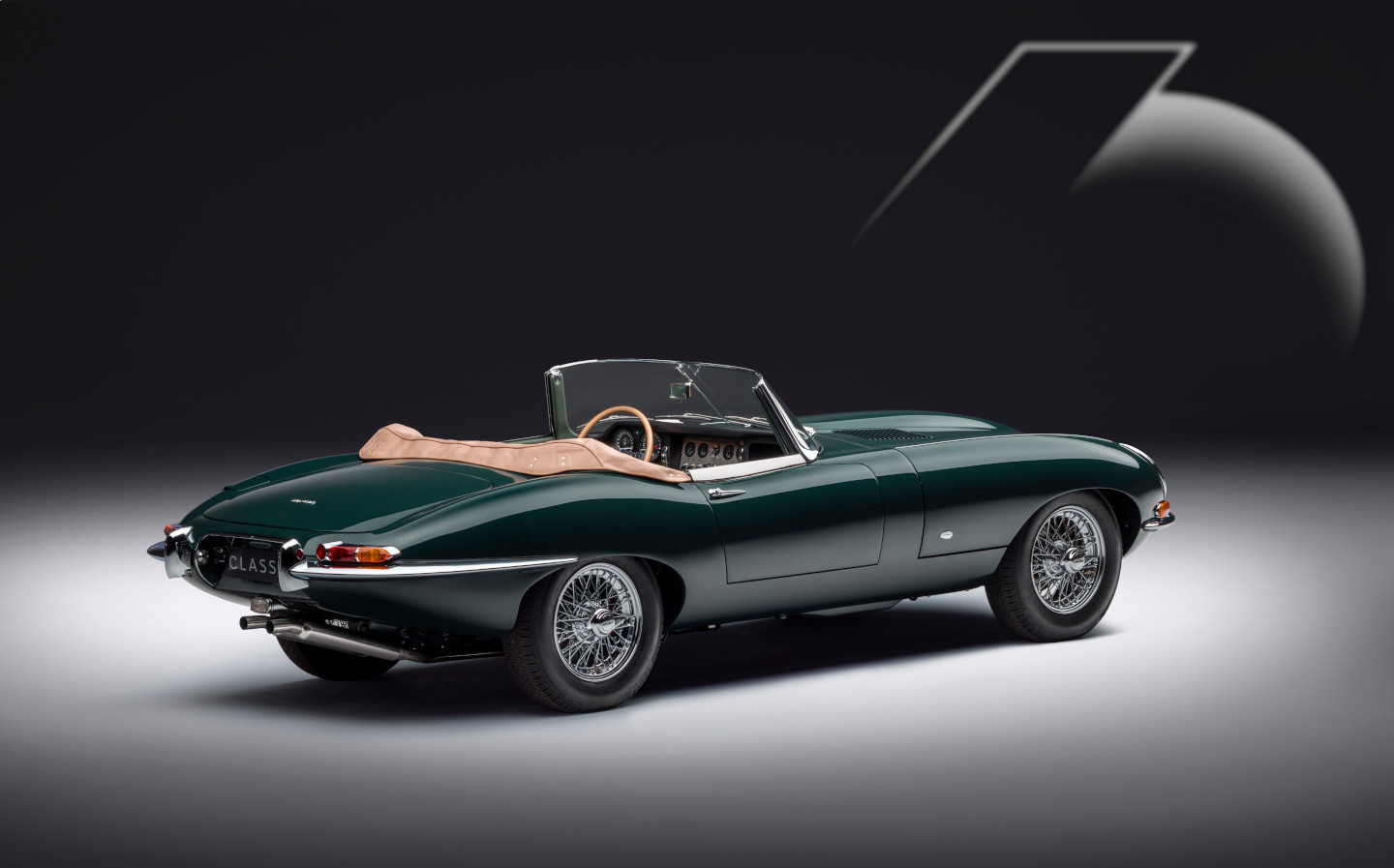 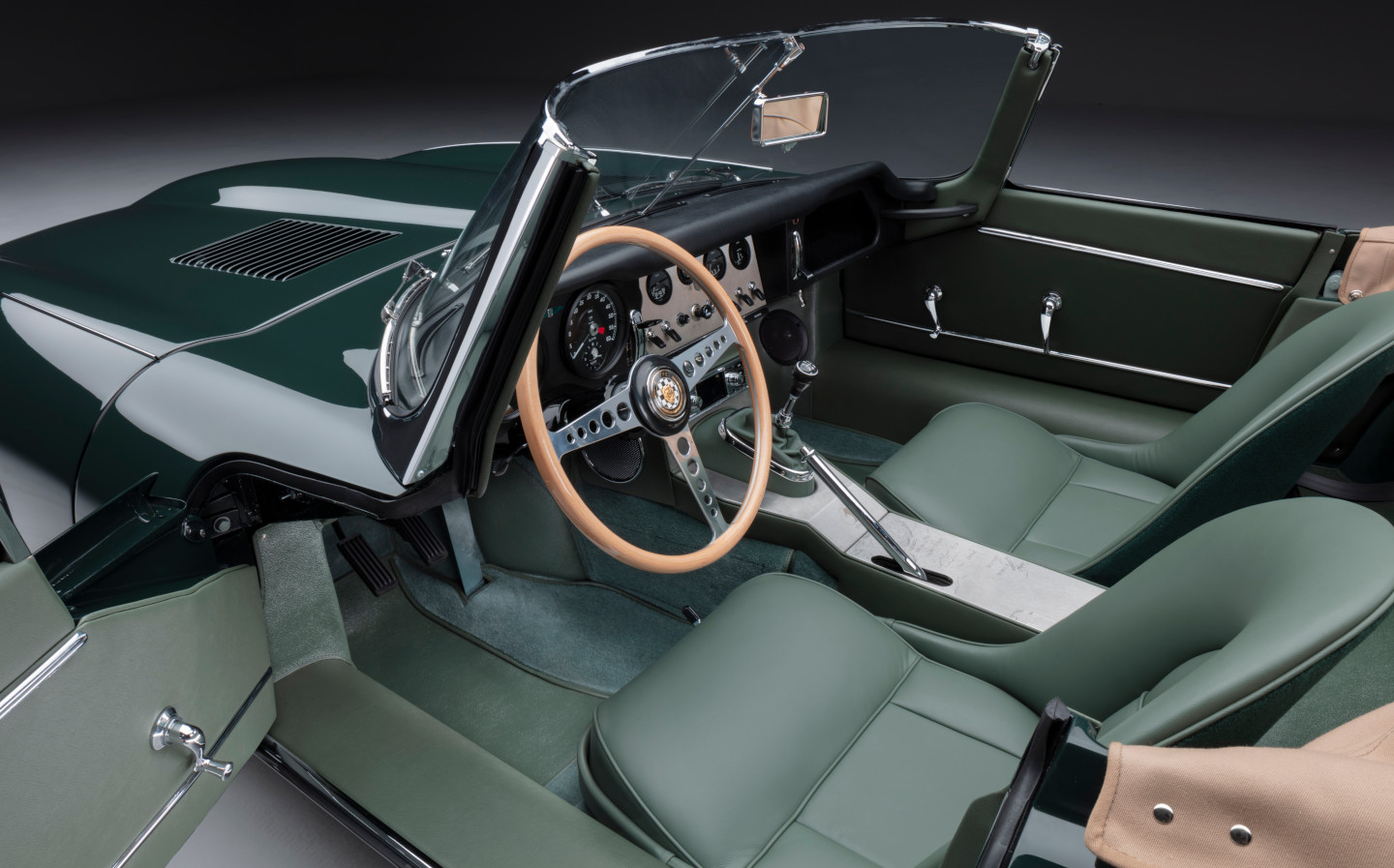 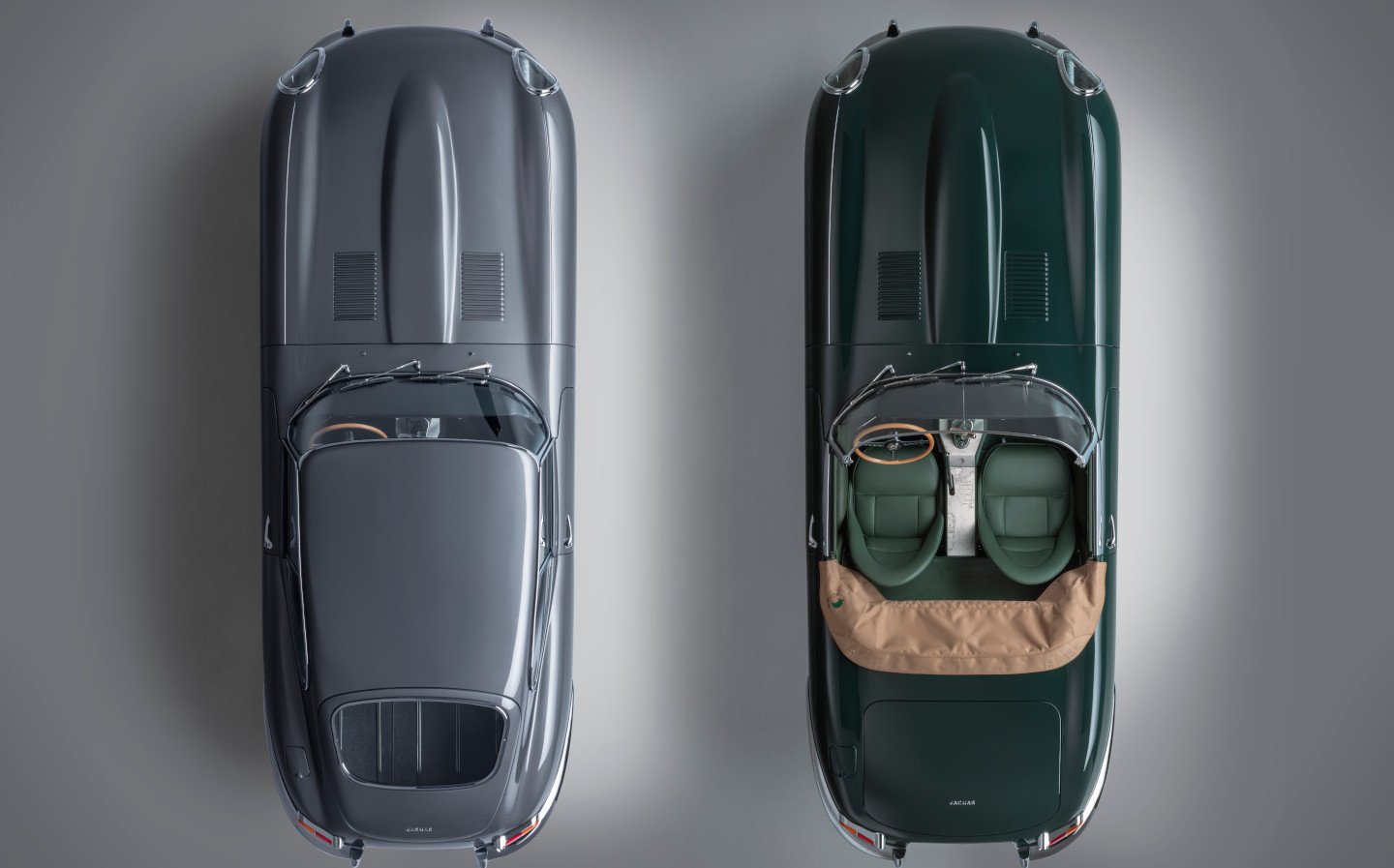 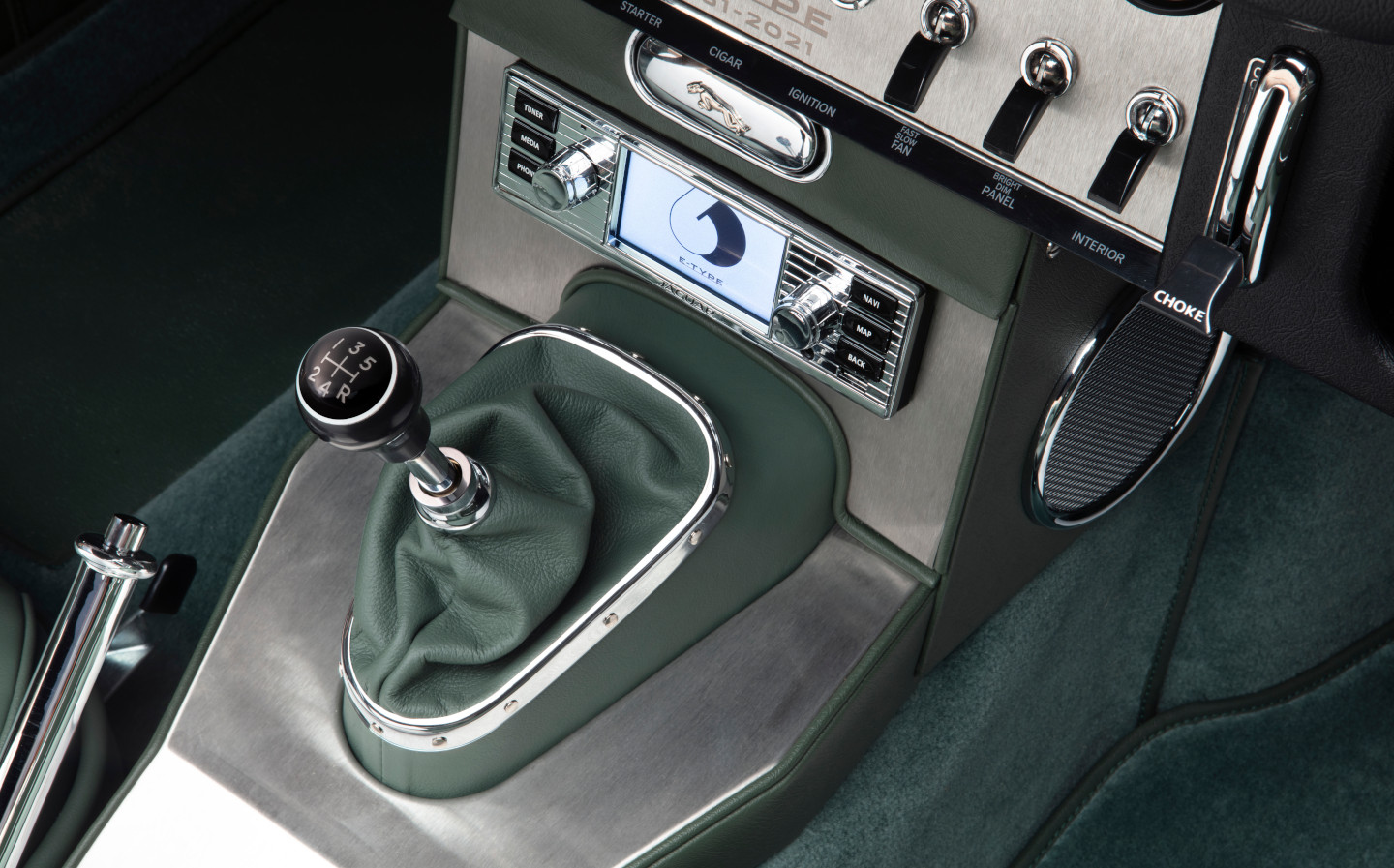 JAGUAR CLASSIC will produce 12 E-types based on the S1 versions that it introduced to the world at the 1961 Geneva Motor Show, to celebrate the 60th anniversary of the iconic sports car.

Fittingly called the “E-type 60 Collection”, the dozen cars will be split into pairs of six fixed-head coupés and six roadsters, inspired by the original cars featuring the 9600 HP and 77 RW number plates respectively. The models will only be sold together.

The models are both powered by an uprated version of the 3.8-litre Jaguar XK straight-six found in the 1961 models, which produces 265bhp and 260 lb ft of torque. That might not sound like a lot by modern standards, but it’s plenty in a car that weighs significantly less than a modern city car, whether it’s fitted with a roof or not.

Getting from 0-60mph takes a confident, assured seven seconds, while top speed is 150mph. 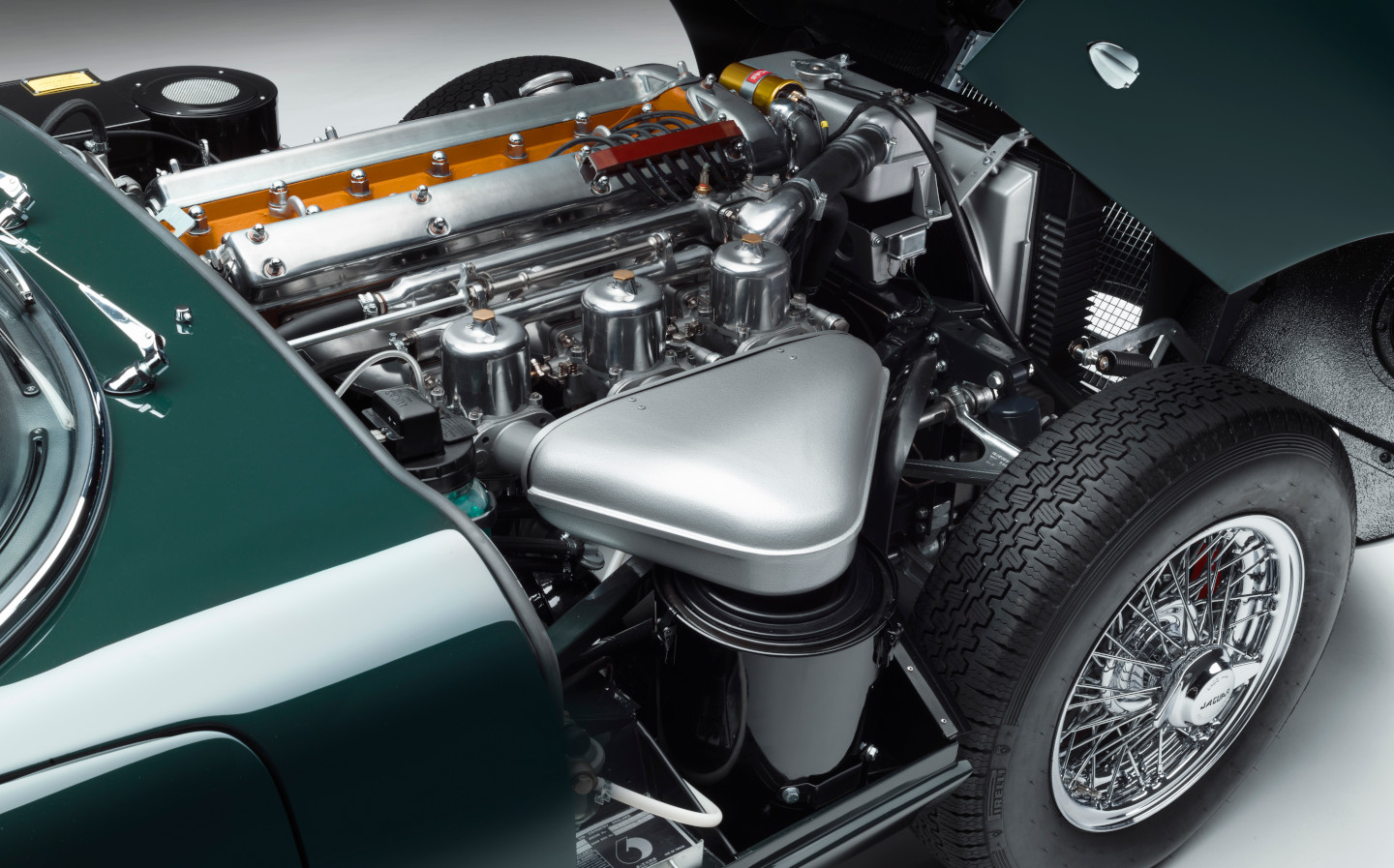 While some of the engine components are 1961-spec, including the alloy radiator, others have been electrified for enhanced reliability and usability, such as the cooling fan and ignition.

The gearbox has also been modernised, and is now a five-speed manual with synchromesh on all ratios and helical cut gears, for better performance, durability and reliability.

A stainless steel exhaust system, which is dimensionally identical to the mild steel pipes in the S1 E-type, has a slightly more baritone quality to it, says Jaguar, and won’t rust in the same manner as the material used back in the sixties.

The 9600 HP-inspired coupés will bear “Flat Out Grey” paintwork and a black leather interior, while the 77 RW models will be adorned with “Drop Everything Green” paint and green suede upholstery. Jaguar has said that the two colours, inspired by the hues used on the 1961 cars, will not be used on any future models.

The curious names of the colours come from the story of how Jaguar made it to Switzerland in 1961: the 9600 HP car was driven “flat out” to Geneva by one Jaguar test driver, Bob Berry, to make the show on time, while a second test driver, Norman Dewis, was told to “drop everything” and rush to Geneva in the roadster after the coupé’s warm reception. 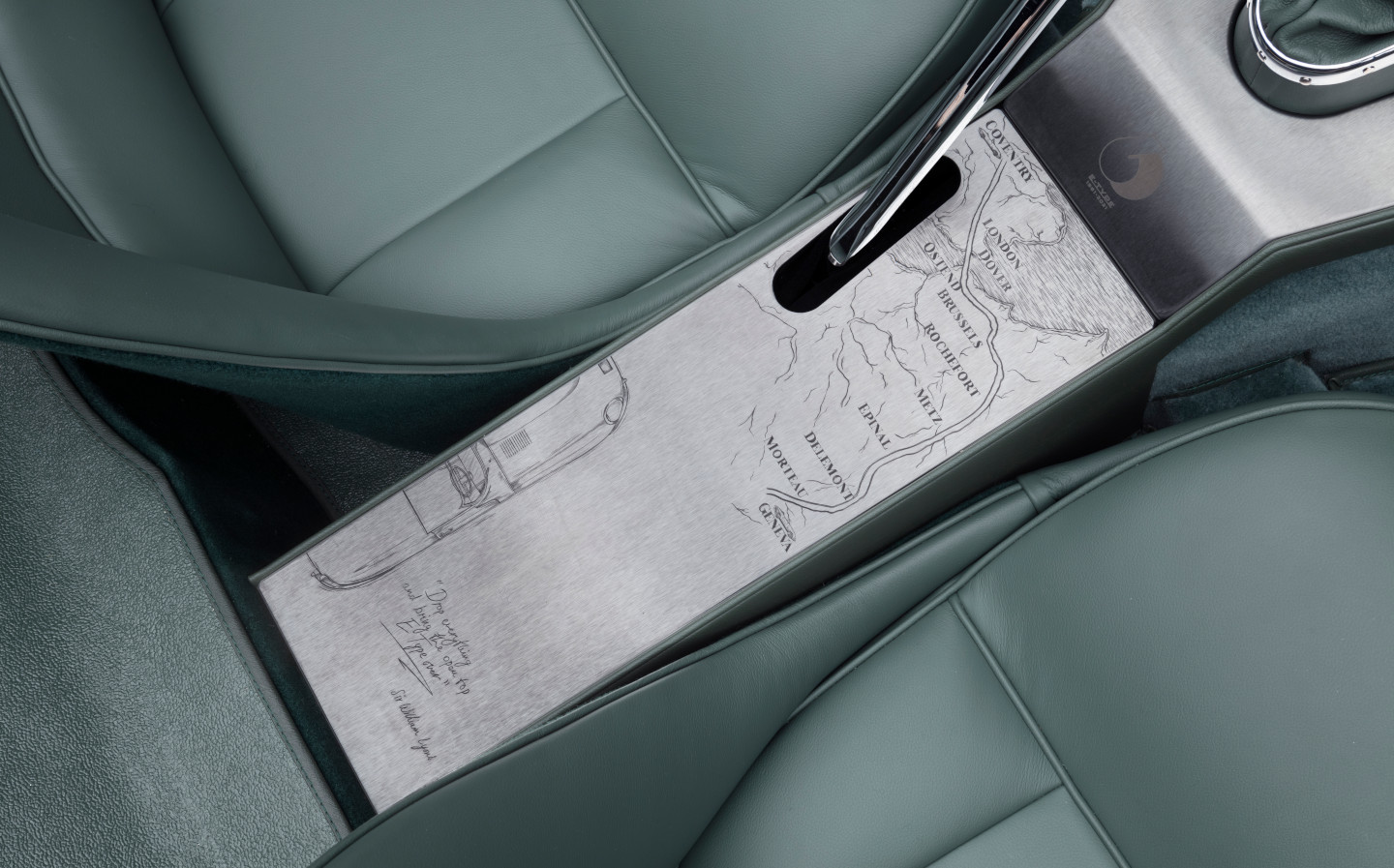 Other references to the famous trip are made in engravings that feature in the centre console, both by British designer Johnny “King Nerd” Dowell.

The engraving in the coupé shows Bob Berry’s route to Geneva and the words “I thought you’d never get here” — reportedly said to Berry by Jaguar founder Sir William Lyons upon his arrival.

Meanwhile the roadster bears the words “drop everything and bring the open-top E-Type over” — said by Lyons to Dewis — as well as a map of Dewis’ route to Geneva.

Other eye-catchers on the inside of the cars are the standard beech-rimmed steering wheel, and a not-so-standard 24 carat gold horn push. Both cars are badged with special 60th anniversary insignia rather than the traditional Jaguar emblem.

Jaguar hasn’t revealed how much the continuation classics will cost but you won’t be able to just buy one: they’re sold only in pairs, making ownership twice as expensive and twice as exclusive. Prices will certainly reach into the millions, if we’re taking into account Jaguar Classic’s past form.

However, owners will get a free holiday out of it — all six, plus guests, will be taken on a road trip from Coventry to Geneva in Summer 2022, recreating the journeys taken by Berry and Dewis, albeit in more luxury: top-quality accommodation and food will be provided. No “drop everything” here.