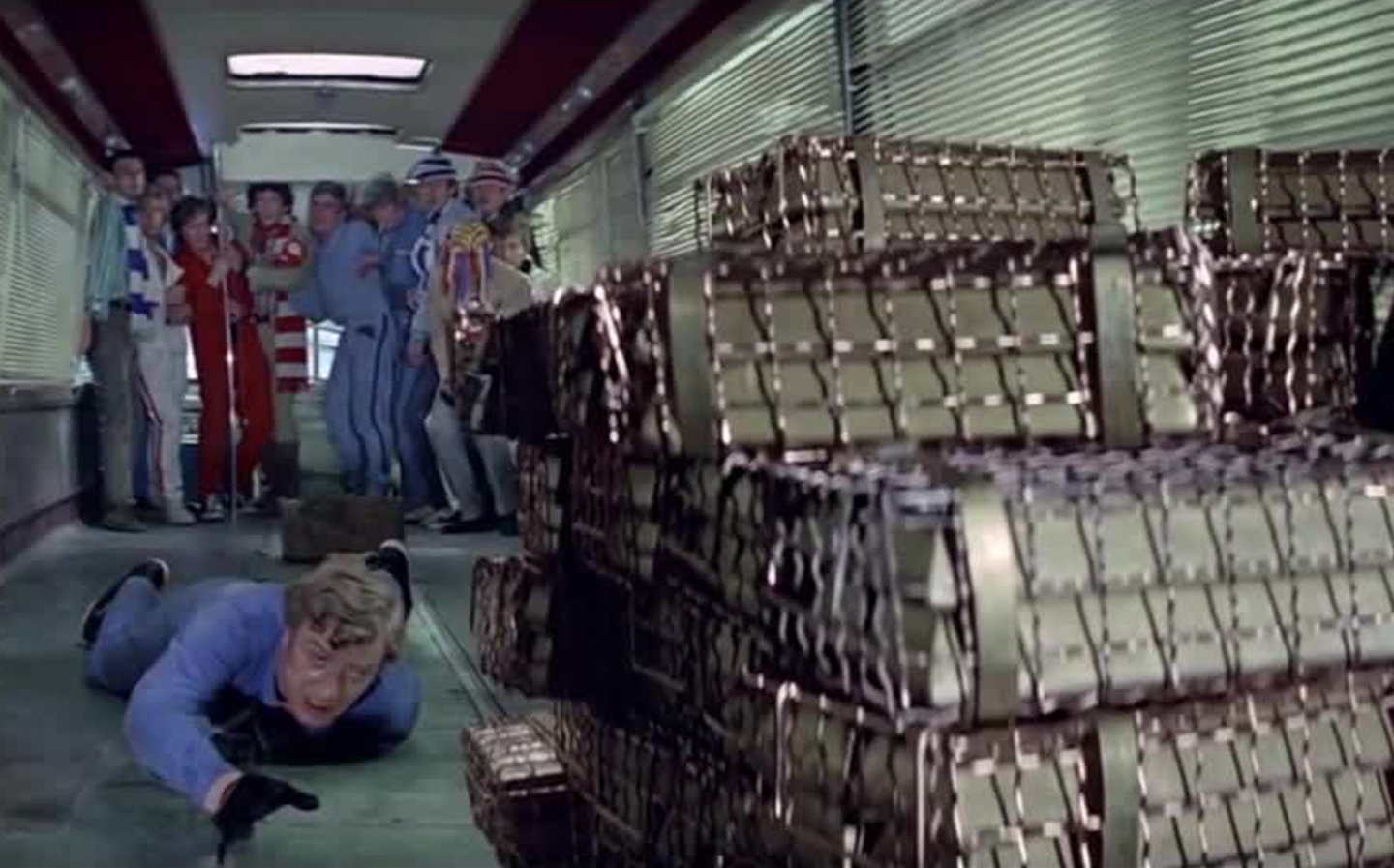 THE FINAL scene of 1969 crime caper The Italian Job has gone down as one of cinema’s greatest ever climaxes. However, according to its producer the literal cliffhanger moment was not meant to be the end of the story.

The scene that made its way onto the big screen involved a Harrington Legionnaire coach, carrying thief Charlie Croker (played by Sir Michael Caine) and his heist team, dangling precariously over a cliff edge, with the gold bars they’d pinched sliding towards the rear doors.

In the film’s penultimate shot, Croker is lying on the floor with the bounty just out of reach. He turns to his partners in crime and utters the legendary line: “Hang on a minute, lads. I’ve got a great idea.” Then we cut to an exterior of the coach and the credits role.

Speaking at The Times and Sunday Times Cheltenham Literature Festival, Academy Award winner Michael Deeley revealed the film’s original ending was quite different. It still involved Croker and his gang in a coach loaded with gold bars, teetering over the cliff, though the uncertainty over their fate was settled on screen.

“You cut upside and see two helicopters with a cable underneath the bus lifting everybody up. But of course, waiting outside is the mafia.”

According to the film maker, the unambiguous ending would have paved the way for a sequel, which had supposedly been given the green light by Paramount Pictures and Oakhurst Productions — the two studios behind the original The Italian Job.

However, like the original film’s bullion-hauling Harrington, the project’s fate was seemingly in the balance. In the end, the follow-up film never got off the ground — even though its opening scene had already been written.

While The Italian Job’s unresolved ending has helped cement its place in movie history, Michael Deeley is still disappointed a sequel was never made. “I was always very happy with the idea that we would make another film but it just didn’t happen,” he said.

Deeley also believes the film’s poor box office results in America had a part to play in killing off any hopes of a sequel; in particular blaming the poster used to promote The Italian Job in the States.

“I was shocked [when I saw the US poster],” he said. “It showed Michael Caine with a cup of tea because he’s English, which is boring. He had a sub-machinegun, which suggested action but really suggested killing, and the map of the city of Turin on the young lady’s back. It couldn’t be less the movie.”

While The Italian Job didn’t receive the warmest of receptions upon its release (in his review on June 5, 1969, The Times’ film critic John Russell Taylor described the movie as “slackly handled”), the crime comedy is widely regarded as a cult classic of British cinema.

Arguably the highlight of the film is its legendary car chase through the streets of Turin — a pursuit so impressive, we ranked it as one of the best movie car chases of all time.

The Italian Job’s lost Lamborghini Miura has been found