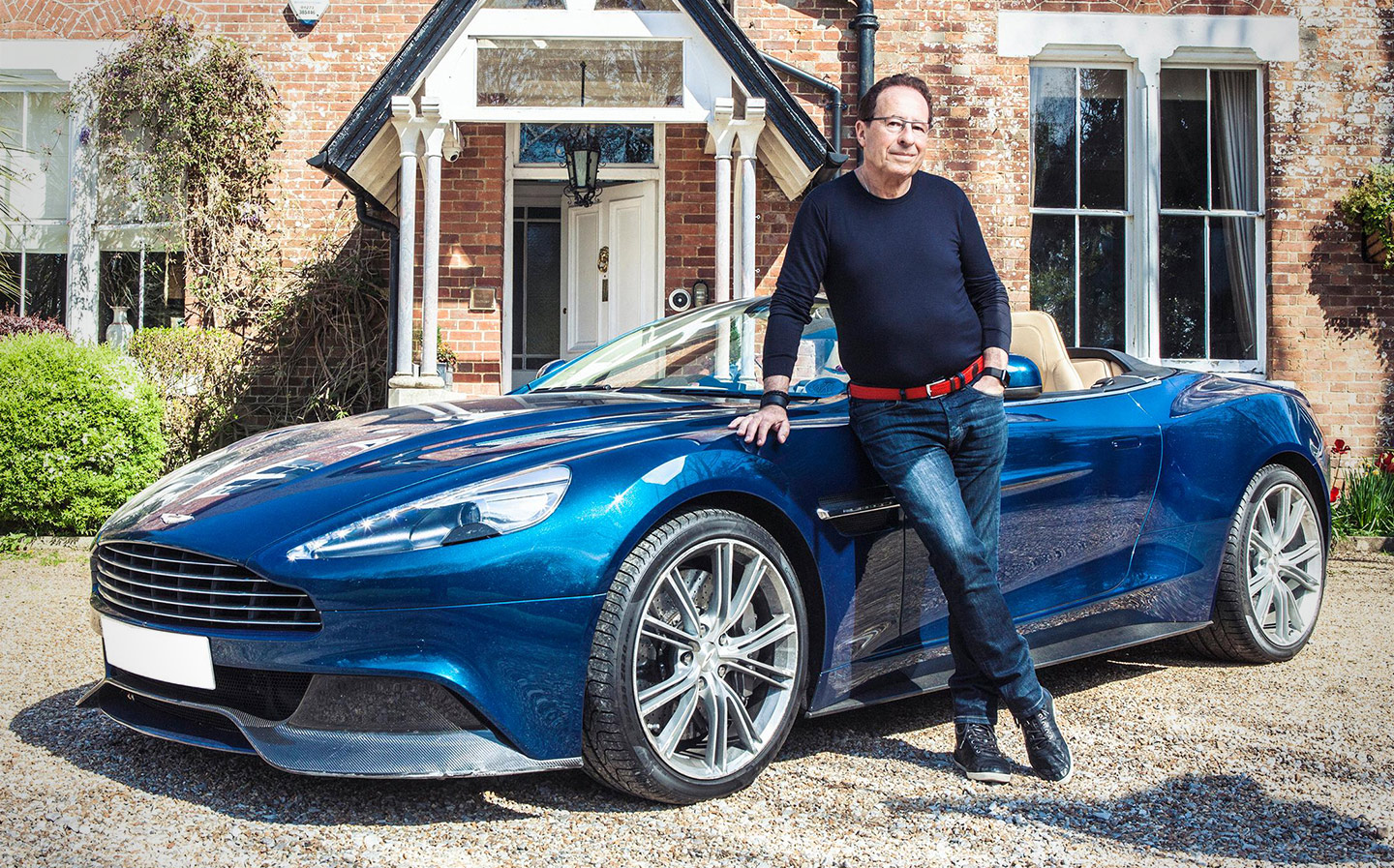 PETER James, writer of bestselling crime novels, was just two years old when he fell out of his father’s Standard Vanguard and needed 23 stitches in his head. A couple of years later, left alone in the front seat, he released the handbrake and steered the Vanguard into a duck pond.

“The front half was completely submerged,” James laughs. “I remember thinking, ‘I wonder if Dad will notice.’ I must have been the first four-year-old to lose his no-claims bonus.”

He became obsessed with cars and could quote the engine size, top speed and 0-50mph figures of almost any model by the age of seven. “I’ve no idea where this information came from,” he says. “It just seemed to be there.”

James, 68, has published some 35 books, including the series starring Brighton-based Detective Superintendent Roy Grace, which have recorded more than 18m sales worldwide and been translated into 37 languages.

As you’d expect from a man who specialises in dark thrillers, his first car was a little different: “A 1929 Rolls-Royce hearse that a friend and I bought from the undertakers. The plan was to turn it into a camper and travel round Europe after we finished school.”

The hearse gave his mother — Cornelia James, glove maker to the Queen — “the heebie-jeebies”, so she bribed him with a sports car to get rid of it. “I chose an MGA and picked up two speeding fines within two months. Dad was furious and insisted I get something sensible. He suggested a Mini; I got the Cooper S.”

James admits he used to drive like a madman, and after a burn-up with a friend in a twin-cam Ford Escort, they were banned for three years.

“I rang Bentley and said, ‘Tomorrow, I’m holding a press conference, inviting Jeremy Clarkson and every journalist I know. Then I’m going to set fire to it'”

“My world came to an end. Like me, my friend was desperate to get back on the road and bought a Lotus Elan kit car in readiness for the big day. Two weeks after he got his licence back, he was killed in a collision. My road driving suddenly became a lot … saner.”

James worked in film and TV before the first Grace novel was published in 2005. Living in Canada and Los Angeles in the 1970s was “car heaven” and he couldn’t resist the muscle cars. “A couple of Cadillac Eldorados, a 1971 Mustang. I loved that brute and had it shipped back.”

He returned to England in 1988 and bought a “bag of bits” that was supposed to be a 3.8-litre E-type Jaguar. “It cost 10 grand and I spent 50 grand having it restored. I also made the mistake of buying a green Triumph Stag; lovely car, but it never worked. Green is an unlucky colour in the theatre and I swear that Stag was jinxed. The day after I sold it, it caught fire. I will never buy a green car again. ”

James, who is a regular at the Goodwood Revival and holds an international racing licence, has an impressive collection at his Sussex home. It includes a 2014 Aston Martin Vanquish Volante, a 1987 Mercedes SL 500 and a 1958 Fiat Abarth Evocation race car.

He has also had an Aston Martin DB7 and a DB9 and a couple of Bentley Continentals. “I switched to Bentleys because they were supposed to be super-reliable. The first was coming up to two years old and I was asked if I wanted to extend the warranty. It had only done 18,000 miles and the guy said, ‘Well, it shouldn’t need it.’

“A couple of weeks later, it caught fire. It needed a new wiring loom … £8,000. We argued for a few days, at which point they offered to pay half, and I completely lost it. I rang Bentley and said, ‘Tomorrow, I’m holding a press conference, inviting Jeremy Clarkson and every journalist I know. Then I’m going to set fire to the Bentley properly.’ They were on the phone within the hour. ‘We’ll fix the car, Mr James. There’ll be no charge.’”

Peter James: My life in cars

Peter James’s latest novel, Need You Dead, published by Pan Macmillan, is out now; it will also be available in paperback from October 19