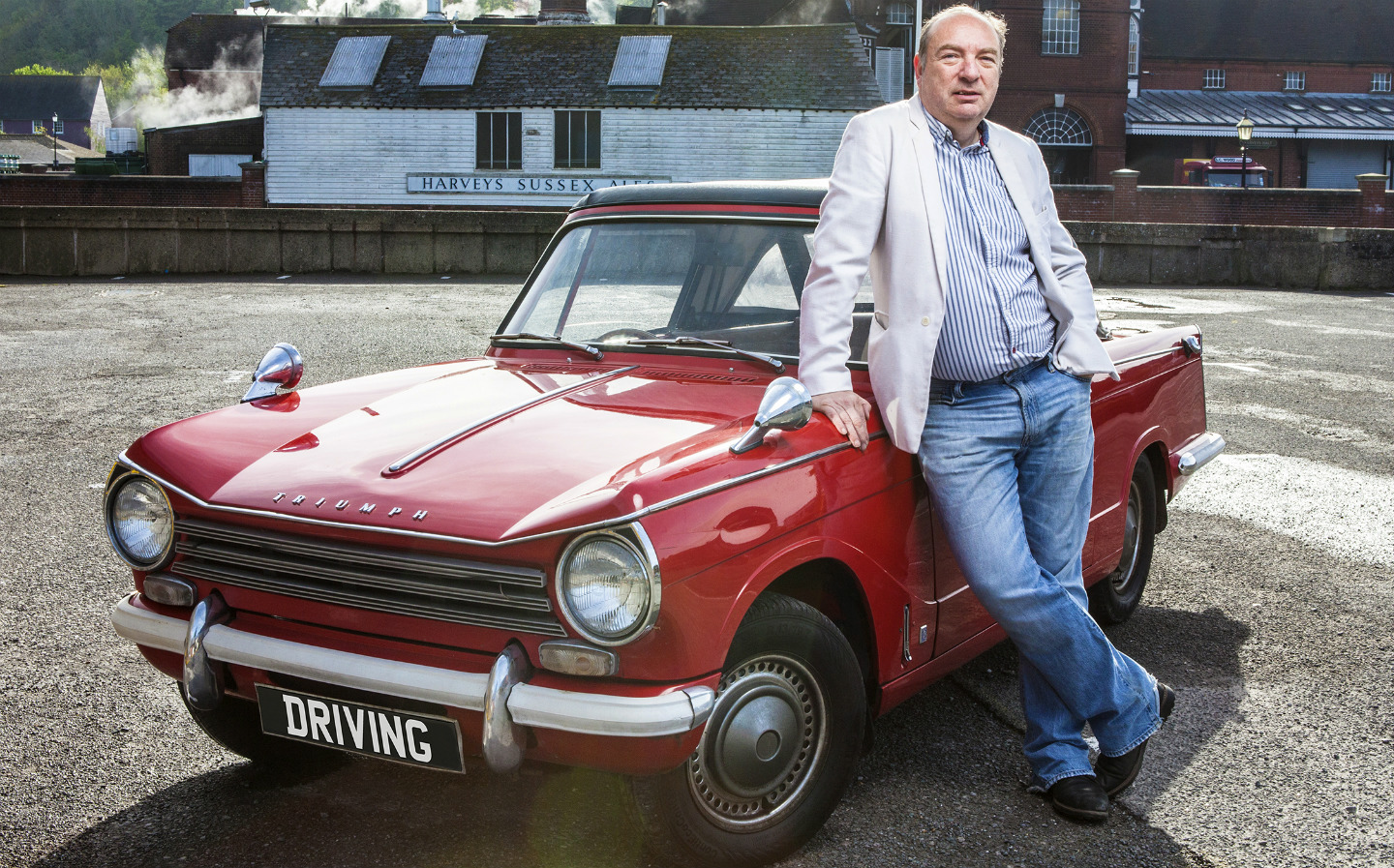 NORMAN BAKER was dubbed “the most annoying man in parliament” by David Cameron, acquiring a reputation as a relentless questioner of the prime minister from the back benches. The former Liberal Democrat MP’s many causes célèbres included: his investigation into the death of the government scientist David Kelly; the liberalisation of drug laws; outlawing “cowboy clampers”; greener transport; Tibetan rights; and holding Cameron to account over a “cash for access” issue.

Baker, 60, was made transport minister in the coalition government to try to keep him quiet and, since losing his seat in the 2015 election, has become one of the few former MPs to carry his political campaigns into real life by taking over the running of a fleet of solar-powered buses in Brighton. He continues to lobby the government on green transport and energy issues.

Growing up initially in Aberdeen, where his father (who died when he was eight) worked as a trawler skipper and his mother was a nurse, Baker can remember sitting in the back seat of his father’s Jaguar: “I have happy memories. It was in the days when you used to go on a Sunday trip. We would go to Cruden Bay and I remember you would hear the foghorn up on the coast; it was a really distinctive sound up there.”

Baker passed his driving test less than two weeks after his 17th birthday. “I must have been one of the youngest legal drivers in the country. I had four or five lessons — the first on my birthday. I have to say, I’m not sure I should have passed. At the end of the test, the examiner said, ‘Do you always park on double yellow lines?’ ”

His first car was a Ford Anglia, which he bought for £35 and sold for the same sum eight months later. “Then I wanted a sports car because you always did at that age, but I couldn’t afford the insurance. So I got a Triumph Herald convertible for £225, which kind of looks like a sports car but was only class 1 for insurance.”

In the late 1970s he followed his passion for music to become a regional director for Our Price Records, and he drove a Ford Fiesta — “which blew up when I was going too fast down the M40” — followed by a Ford Escort. He kept a string of 1960s classics going alongside: a hard-top Herald, a Triumph Vitesse, a Riley Elf and an MG Magnette.

In the late 1980s he became involved with local politics, which led to his election as Lib Dem MP for Lewes, East Sussex, in 1997. Catapulted into the coalition government in 2010, he was a minister first in the Department for Transport, then the Home Office, where his commitment to his causes proved exasperating for some. For much of this time, he drove his trusty old Rover.

Earlier this year Baker became managing director of the Big Lemon, a bus company that runs its fleet on used cooking oil or solar power. But his pride and joy is a 1971 Triumph Herald 13/60. “Suddenly I remembered how nice it was to drive,” says Baker.

Married with a daughter and two stepdaughters, he retains his presidency of the Tibet Society (he recently visited the Dalai Lama) and his love of music. A member of a band called the Reform Club, his debut solo album is due out in February.

Baker doesn’t exactly scream rock star, but politics was something of an unintended diversion: “I think, as John Lennon said, life is what happens while you’re busy making other plans.” He is not tempted to return: “I don’t see anything inspiring going on and I don’t miss Westminster — I have fewer knives in my back than I did.”

Norman Smith: my life in cars

Me and My Motor: author Jeffrey Archer