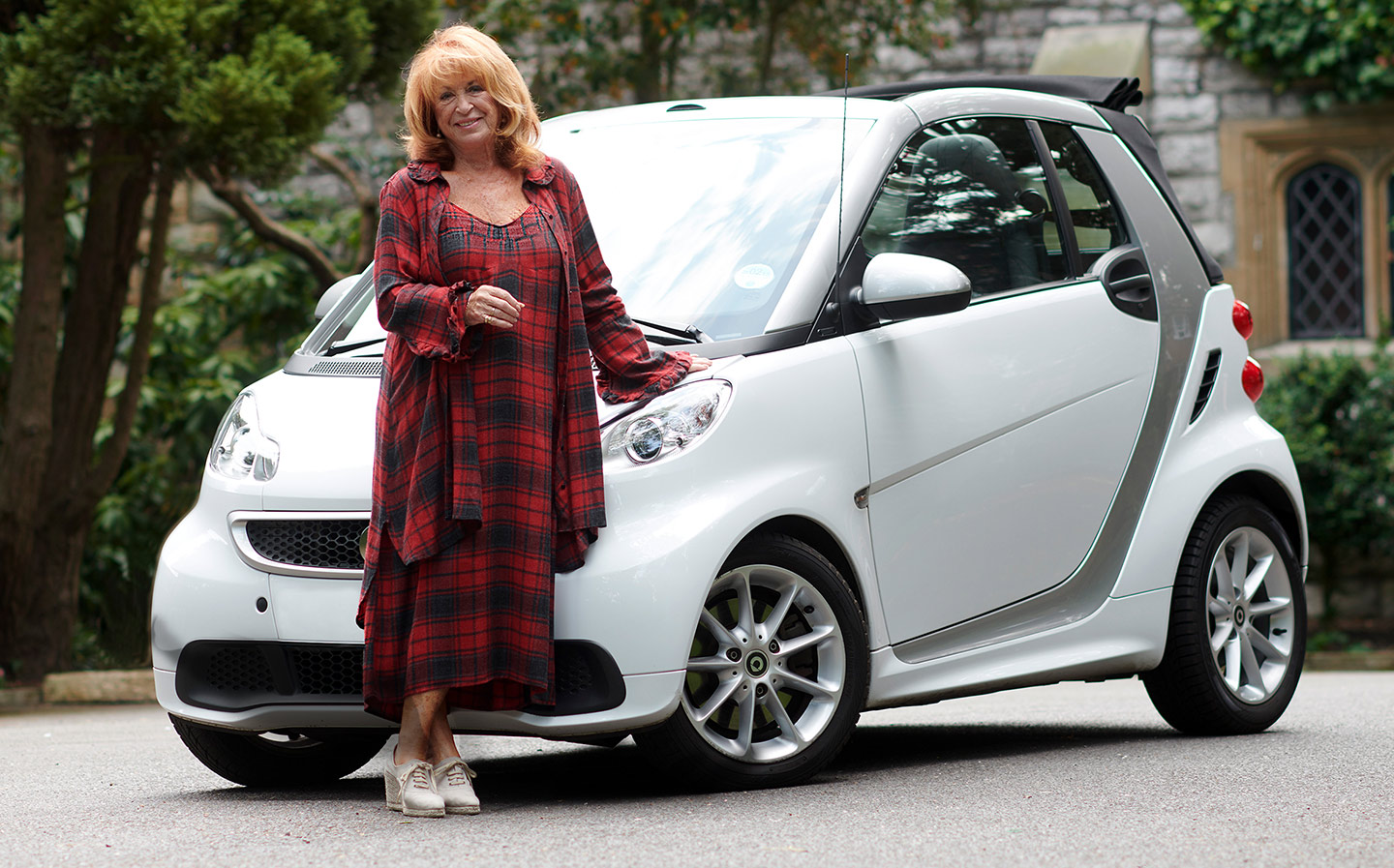 LONG before the bestselling novels and the TV series Prime Suspect, Lynda La Plante’s cars would come and go with the ebbs and flows of her pay packets. There was a Lancia — “Don’t ask me what model, I can’t remember!” — an old Mercedes and a host of other makes.

The one car La Plante can never forget is a navy blue Rolls-Royce Corniche, with a white leather interior. “I was an actor then, but between jobs I was working as a waitress in Regent’s Park, where I saw a woman behind the wheel of this convertible Corniche. A little blond boy was sitting in the back and I remember looking at that car and thinking, ‘One day I will have that.’ And I did.”

La Plante, 75, has always been a car lover. She took her driving test at 17, passing second time around. She blames her initial failure on her test vehicle: a bright red Ferrari Dino.

“A friend of a friend lent me his Ferrari to take the test in because I couldn’t get hold of a car — I think he was after my body, but nothing came of that,” she laughs. “The poor examiner, I think he nearly had heart failure when he saw it. At one point he told me to stop the car, I pulled into a parking place and failed for not indicating.”

La Plante grew up in Merseyside and says her father was a bit of a wheeler-dealer: “He always knew somebody who could get something for a good price. When I was about 20, he got me a Mini Cooper, six months old, with only 500 miles on the clock.”

She drove it several times to and from Sheffield, where she was performing in a play. “The steering wheel was a little off centre, and I thought I ought to get it checked out. The garage said, ‘This is two Mini Coopers glued together.’ I took it to a seedy garage in London and I said, ‘I want to exchange this Mini, but I do need to tell you …’ He cut me off and said, ‘Don’t tell me what’s wrong with it!’ and I drove off in a yellow VW.”

La Plante moved from theatre into small-screen roles, notably playing a hayfever-suffering ghost in the children’s TV series Rentaghost. Then she moved into writing.

Her breakthrough came in 1983, when she wrote the six-part crime series Widows for Thames Television. Her debut novel, The Legacy, was published four years later and became a bestseller.

Then came the huge success of Prime Suspect, her detective drama for Granada TV, starring Helen Mirren, which first aired in 1991. Finally, La Plante could afford that Corniche.

Married to the musician Richard La Plante for 17 years until their divorce in 1996, La Plante struggled to conceive. Then, aged 57, she adopted her son, Lorcan. “I got the little blond boy on the back seat as well,” she smiles.

Lorcan is now 15 and heavily into motorbikes: “He rides off-road, and he’s built two go-karts in America. He came off just once. He hurt his leg, it was a very nasty wound, but he learnt.”

This summer, La Plante published Murder Mile, her latest novel. A film version of Widows is due for release in the autumn. At her home in Kingston upon Thames, southwest London, she keeps a Range Rover. She also has a Smart fortwo for trips into town. At her home in California, she has a ruby red 1971 Mercedes SL 300.

She sold the Corniche about four years ago: “It created an envy in people and it came to a point where I didn’t want to be attached to that any more. But it was still a magnificent car.”

Murder Mile by Lynda La Plante (Zaffre £19) is out now