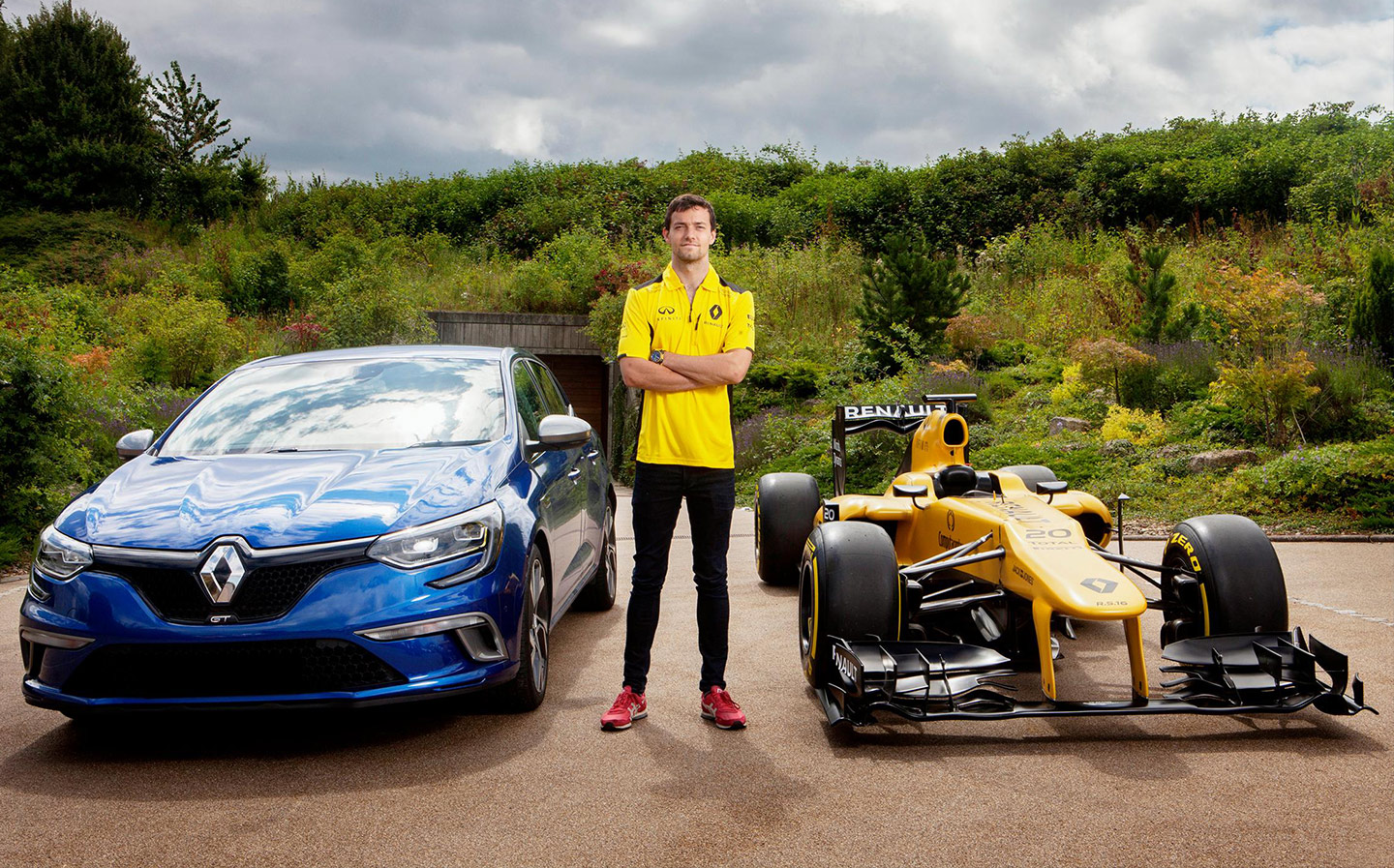 AT THE age of 16, the Formula One driver Jolyon Palmer crashed his souped-up quad bike into a tree, lost a lot of blood, not to mention a kidney, punctured a lung, damaged his liver and spent a week in intensive care.

For most people that might have resulted in a pledge to pursue more low-adrenaline hobbies in future. Yet Palmer brushes it off as merely “a stupid mistake”, adding: “I had a boring time in hospital.”

Palmer, 25, made his F1 debut with Renault earlier this year and, despite having committed a few “rookie errors” early on, has made improvements in recent grands prix. “I’m driving better; always improving,” he says. “I’ve just got to show [Renault] what I can do.”

The eldest son of Jonathan Palmer, a former F1 driver and now race-circuit owner, Palmer admits his father’s contacts helped him forge connections in the motor racing world. Yet he insists he is not the product of pushy parenting. OK, so his father did buy him his first car when he was just three years old, turning him into “a little hooligan” who enjoyed “ragging it around the garden”. After that, however, he appears to have backed off.

In 2007, aged 16, before his quad crash, Palmer Jr joined Formula Palmer Audi (the racing series set up by his father in 1998); an Audi A3 came with the contract. It took him three attempts to pass his test, though, much to the amusement of his classmates.

By 2009 he had graduated to Formula Two. Then, in July of that year, Palmer witnessed the fatal accident at Brands Hatch involving Henry Surtees, son of the former F1 champion John Surtees. “I was in the car ahead of him,” says Palmer. “I saw the crash. I saw the wheel [which had flown off another car and struck Surtees’s helmet]. I don’t think I’d fully appreciated the dangers in motor sport, and then something happens, and so close to home.

“But safety is improving allthe time and, in the wake of Henry’s crash, improvements were made. Getting into the car for the next race was a strange feeling, but you just have to block it out, because the chances of [such an accident] happening again are so freakishly small.”

So far, Palmer’s most notable incidents have occurred off the track. The A3 was written off when an elderly couple, driving on the wrong side of the road, collided with it. Another time, he had to attend a speed awareness course: “Fortunately, it was while I was a student, so I didn’t have to mention being a racing driver.”

Palmer continued his rise through the ranks, leaving F2 for GP2, the successor to Formula 3000. On the road, he made do with his mother’s seven-seat Mercedes E-class estate — “a ridiculous car for a 21-year-old” — before a new contract landed him a Toyota GT86. In 2014 he won the GP2 championship, and the following year he signed with the Lotus F1 team, which became Renault. As a result, Palmer swapped his Lotus Evora for a Renault Mégane Cup S.

Everything is now focused on retaining his F1 seat, with no time for old-fashioned F1-style carousing. He lives in London with his two sisters, both talented showjumpers, and is about to take delivery of a 202bhp Mégane GT — but loves nothing more than batting around in his tiny, 17bhp Renault Twizy.

JOLYON PALMER: MY LIFE IN CARS