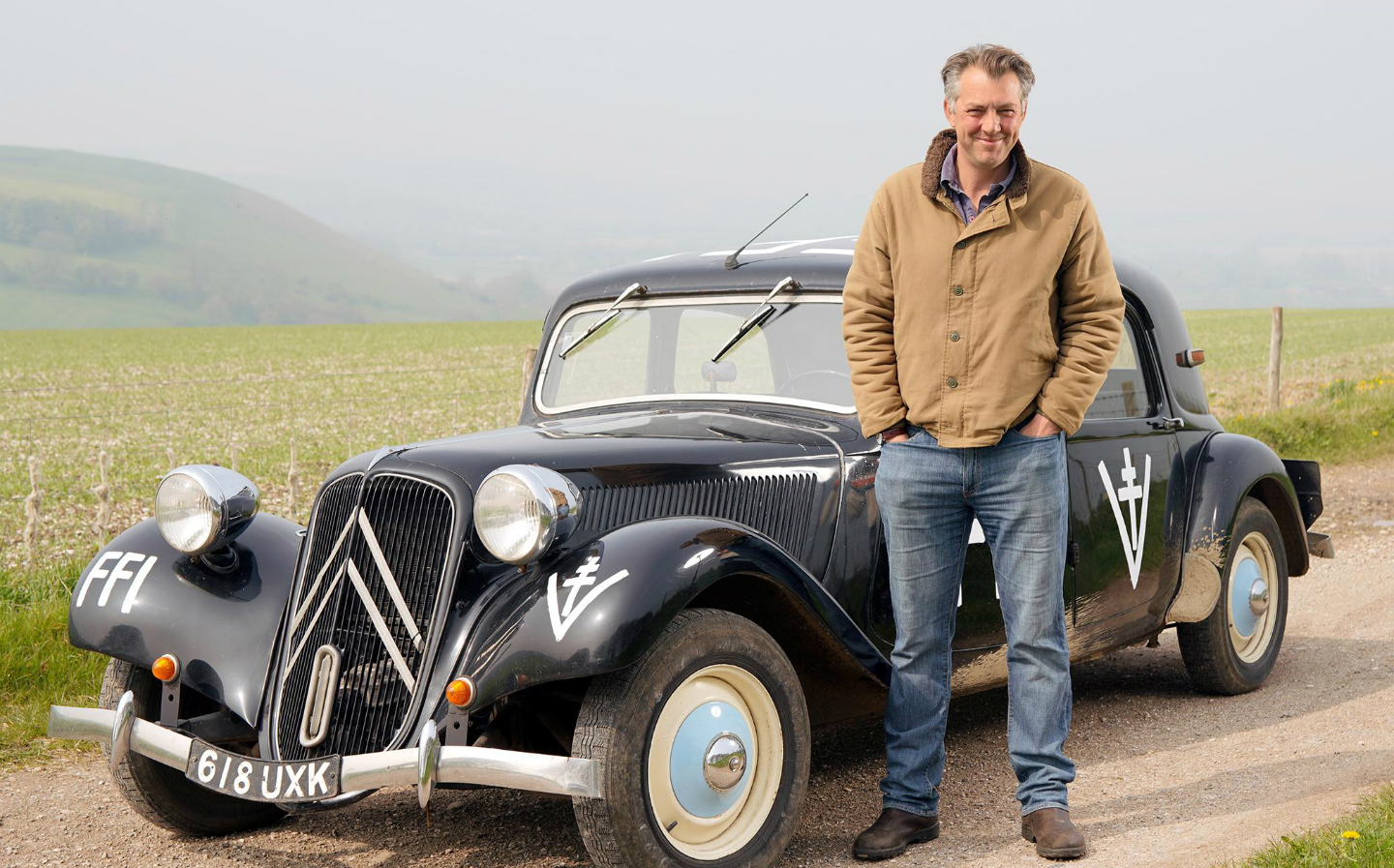 IT WAS while on honeymoon in Bordeaux that James Holland, a Second World War historian and broadcaster, saw a nonchalant Frenchman in a 1940s Citroën Traction Avant and decided it was the car for him.

“I was on a little cobbled street,” Holland recalls. “I saw a young guy in a leather jacket get out of the car, hail his mate, flick away a cigarette and cross the street, and I just thought it was the coolest thing I’d ever seen. I turned to my new wife and I said, ‘One day, I have to have one of those cars.’”

His wife, Rachel, rolled her eyes but let him take out a bank loan to pay £5,000 for one of the classic cars. “I managed to convince us both that it would be cheaper than having a modern car because the insurance was less, it was easier to mend and it wouldn’t depreciate.”

Many people with classic cars keep them garaged for large parts of the year but the 1955 Traction Avant became Holland’s daily runaround for 11 years. Until, in 2007, he upgraded to … another one.

“For the inner Citroën geek, there are subtle differences between the post-1950 model and the original,” explains Holland of the pioneering model, which debuted in 1934 and was one of the first mass-produced front-wheel-drive cars. “Eventually I got my 1949 model and I love it. I use it all the time. It bombs along — 70-75mph, no problem.”

Holland, 48, grew up in Wiltshire with his elder brother, Tom, who is also a published historian and classicist. He passed his driving test first time.

“I was a terrible driver when I first learnt,” he confesses. “My mother had a line in old-school Minis and I killed two within six months, without the help of anyone else. Then she had a Citroën Visa. I went around a corner too fast and rolled that one. I really was that classic, reckless 18-year-old idiot.”

His cousin took pity on him and gave him a Ford Escort Mk 1. “The suspension collapsed on me on that one,” he says.

Fortunately for all concerned, Holland did not need a car for a while after that. He studied history at Durham University and then worked in publicity for Penguin Books. His interest in the Second World War developed while he was researching a novel set in the period. He has written a string of books, both fact and fiction, and presented television series on the Second World War. In 2010, he co-founded the Chalke Valley history festival, which takes place in Wiltshire each June, and his book about the Normandy landings came out last month.

“My mother had a Citroën Visa. I went around a corner too fast and rolled it. I really was that classic, reckless 18-year-old idiot”

He and Rachel live in rural Wiltshire with their children, Daisy, 11, and Ned, 17. Ned has a Renault Clio, “which is as old as he is”, and the family owns a Nissan X-Trail, but the Avant remains Holland’s daily car . “My life would be lesser without it. What I really love, and this sounds a bit naff, is it just makes people smile. I’m off to Normandy again next month, so I’ll be taking it back to its home turf.” But not without a few adjustments.

“When the Germans occupied France, they basically stole everything, including the cars,” says Holland. “The Traction Avant had been popular with the French police, so it became popular with the Gestapo. When I took mine to France for the first time, people would stop me and say, ‘That’s a Gestapo car!’ This time, while we’re filming over there, I’ve painted ‘FFI’ all over it — for French Forces of the Interior, or French Resistance. At least it will be clear to everyone which side I’m on.”

Normandy ’44: D-Day and the Battle for France by James Holland is out now (Bantam Press £25)

James Holland: my life in cars