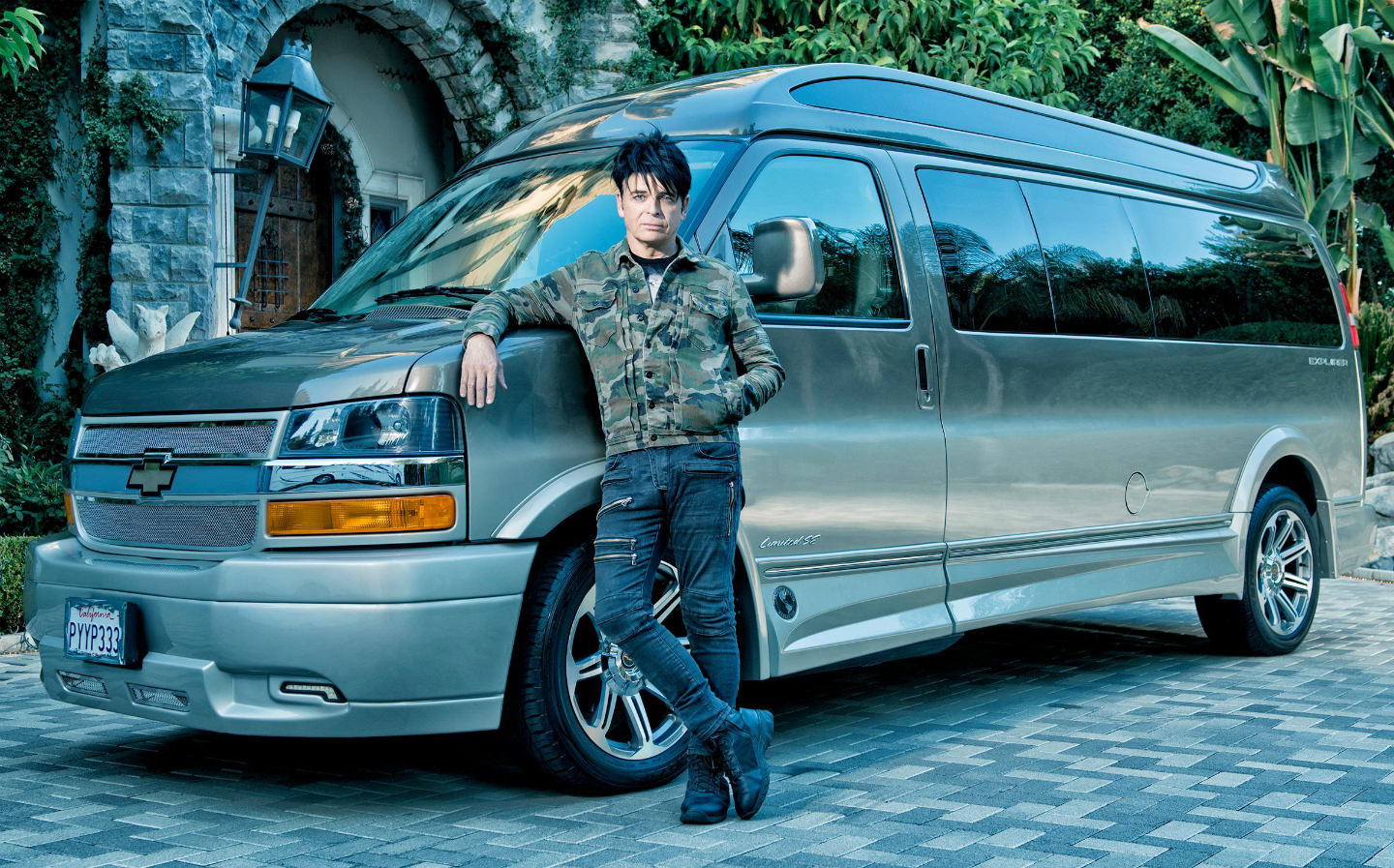 “THIS MIGHT sound a bit obvious, but I really did write Cars about me sitting in my car,” explains Gary Numan, who had a No 1 hit with the song in 1979. “Because of my Asperger’s [syndrome], I’ve never been good with crowds of people, and I find cities very threatening. Somehow, as soon as I get in a car, all the panic goes away. It’s nearly 40 years since I wrote that song, but the car is still my security blanket.”

The son of a west London bus driver, Gary Webb was, by his own admission, a “shy kid”. He read sci-fi books, joined the air cadets and briefly worked in accounts. But with the help of a synthesizer and a name change — he picked Numan from the Yellow Pages — he brought instantly memorable electronic melodies into staid 1970s living rooms and influenced generations of musicians.

“Although music became my job, my bedroom was covered with car posters,” says the 60-year-old. “Ferrari, Lamborghini and Formula One. My dad was a petrolhead, too, always on about Jags and American muscle cars. Sadly, he couldn’t afford one back then. We had to make do with an Austin Cambridge, a big fat Rover and a Granada estate.

“I must have got the estate thing from him, because my first car was a Morris Marina estate . . . Like any musician, I had a couple of Transits, but my favourite was a little Honda TN7 van. The bassist was a weed-smoker, and the Honda had just enough room for all the gear, with a place for him to curl up and go to sleep.”

Success came early for Numan and his band at the time, Tubeway Army. He was 21 when Are ‘Friends’ Electric? topped the charts, and his record company was so keen to keep him, it bought the young star a new Corvette. “I was filming the video for Cars, and one of the record company guys asked me what my favourite car was. As a joke, I said, ‘White Corvette with red leather seats.’ The next time I turned up at the offices, it was there.”

“I would love to own a Koenigsegg, but where would my St Bernard sit?”

Soon Numan had gone global, and his garage reflected the success — another Corvette, a Ferrari and a Range Rover followed. But misjudged interviews, overelaborate live shows and shifting musical tastes caused a sudden fall from grace.

“By the late 1980s I was penniless. Instead of the Corvette, it was a Rover 216 with a badly rusted floor panel. I was ready to pack it all in, but the fans kept me going. And Gemma,” he says, referring to his wife, a former member of his fan club, whom he met in 1992.

In the late 1990s he enjoyed a renaissance. He was namechecked by artists such as the Prodigy and Beck and had sellout tours in Britain and America — he eventually moved to Los Angeles in 2012. No more Rover 216s, then? He laughs. “Yes, I’ve had a few nice motors in recent years. There was a TVR Cerbera, a couple of American-style pick-ups. But once we got three kids and three dogs, I started to look at cars in more practical terms. I’d love to own a Koenigsegg, but where would a 200lb St Bernard sit?”

His daily drive is a plush, long-wheelbase Chevy van, with reclining seats, TV and top-spec sound system. “If we’re having a family outing, driving up to Carmel, it’s perfect. And it suits my driving style: relaxed. I don’t care about people cutting me up. I just pull out of the way and let them get on with it. Plus, I’m a useless fighter, so there’s no point in me having road rage. Maybe that’s why I love being in the car. You can just drive away from all the crap the world throws at.

Paul Numan: my life in cars