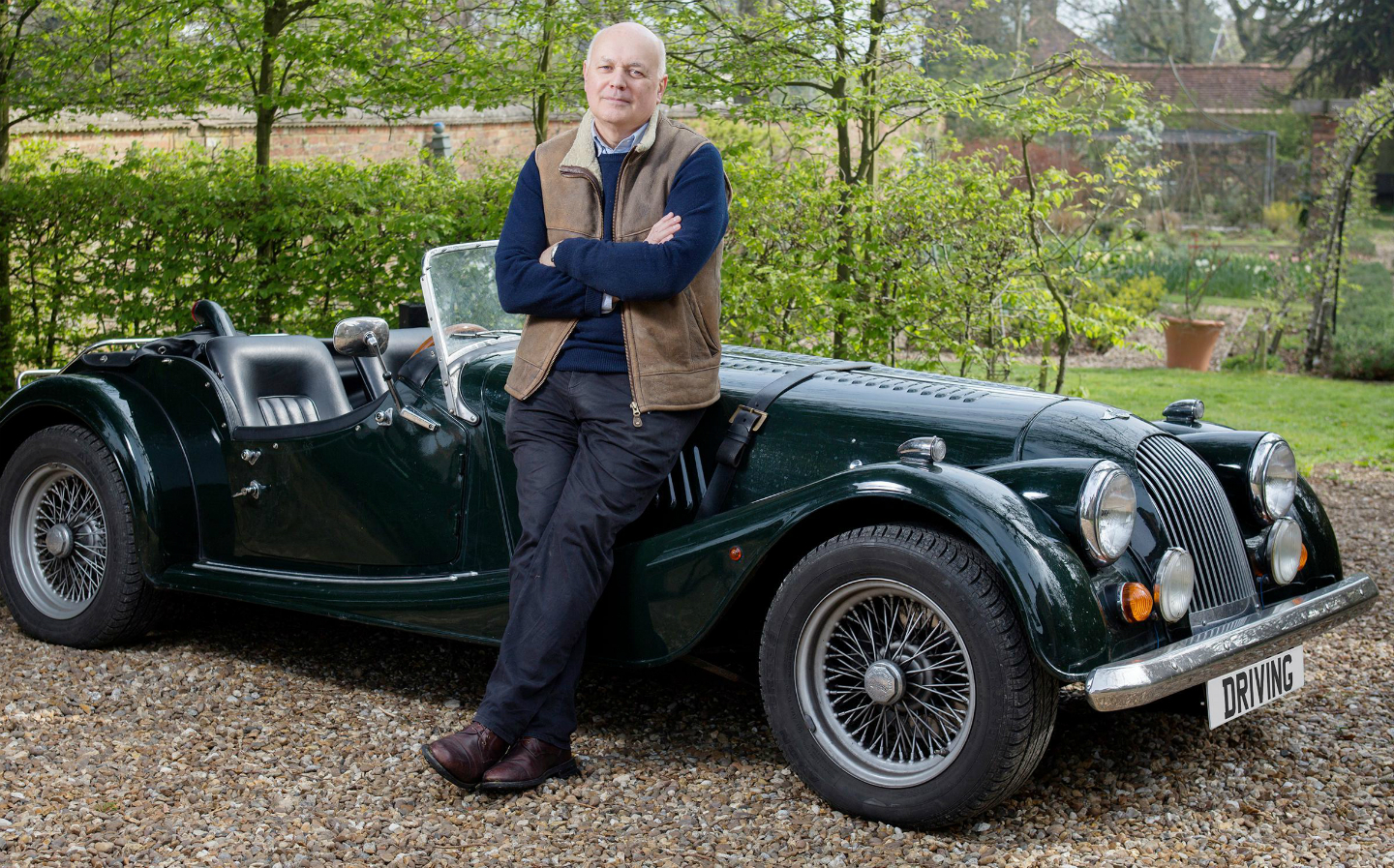 POLITICIANS are at times just as keen to escape politics as the rest of us, it turns out. Iain Duncan Smith, the prominent Brexiteer and former Conservative Party leader, confesses that when the pressure gets too much he takes refuge behind the wheel of his very British Morgan sports car.

Taking charge of Boris Johnson’s leadership campaign hasn’t made it any easier to tear himself away from Westminster, but when he does, his favourite way to unwind is pootling along country lanes with the top down.

Only about 850 Morgans are made each year, all assembled by hand in the company’s Worcestershire factory, and Duncan Smith says it is “quite unlike driving a modern car”.

“When you look through the tiny windscreen, you see what appears to be yards of bonnet,” he grins. “Other motorists are always winding down their windows and giving me the thumbs up. There’s a real nostalgia for classic British cars from an era when they built cars to look good, not to be aerodynamic.”

Following an outing in March to meet other Tory bigwigs at Chequers, pictures of Duncan Smith, 65, and his Plus 4 went viral and he received emails from around the country. “The only thing they were interested in was the Morgan — not Chequers, Europe or Brexit.”

It’s regrettable, he confesses, that the firm that makes his quintessentially British sports car was recently sold to an Italian investment bank. “I’m deeply saddened,” he said, “but nevertheless proud to own a car made in the UK which is so obviously British. It’s the sort of car you really have to drive and you feel every bump on the road, but that’s half the fun of it.”

The son of a Second World War RAF flying ace and a ballerina, Duncan Smith got his first car — a BMW 3-series — in 1975 during his army days (he was in the Scots Guards from 1975-81) and “drove all over Europe” in it. The speedometer broke on his way to Munster, Germany, where his battalion was based. “The dial was stuck at zero — I had no idea how fast I was going.”

“You feel every bump on the road in the Morgan, but that’s half the fun of driving it”

After selling the BMW, he bought a stylish Lancia Fulvia coupé from his father. “That was a wonderful car — the love of my life.” Presumably with the exception of his wife, Betsy, whom he married in 1982. “The Italians are fantastic engineers. It was unbelievably responsive.”

Before leaving the army, Duncan Smith took a heavy goods vehicle driving course in a four-ton Bedford, “which I thought might be useful while I was looking for a job,” he says. “I must have eaten more chip butties at transport cafes over those two weeks than in all the years since.”

After starting a family with Betsy — the couple have four children, aged 26 to 32 — he bought a series of estate cars. “The idea of sporty cars goes out of the window when you have a family,” says Duncan Smith, who has been the MP for the constituency including Chingford since 1992.

He became Tory leader in 2001 and the following year bought his second-hand, fully reconditioned Morgan Plus 4, in British racing green. His official car was a black Vauxhall Omega V6 (he remained as leader until 2003).

In 2010, David Cameron made Duncan Smith work and pensions secretary, a job he held until 2016. His everyday car for the past 12 years has been a second-hand Range Rover, which he “got cheap because the gearbox had gone”, but which turned out to be a good buy.

And should he decide to turn his back on politics, he does have that HGV licence on which to fall back.