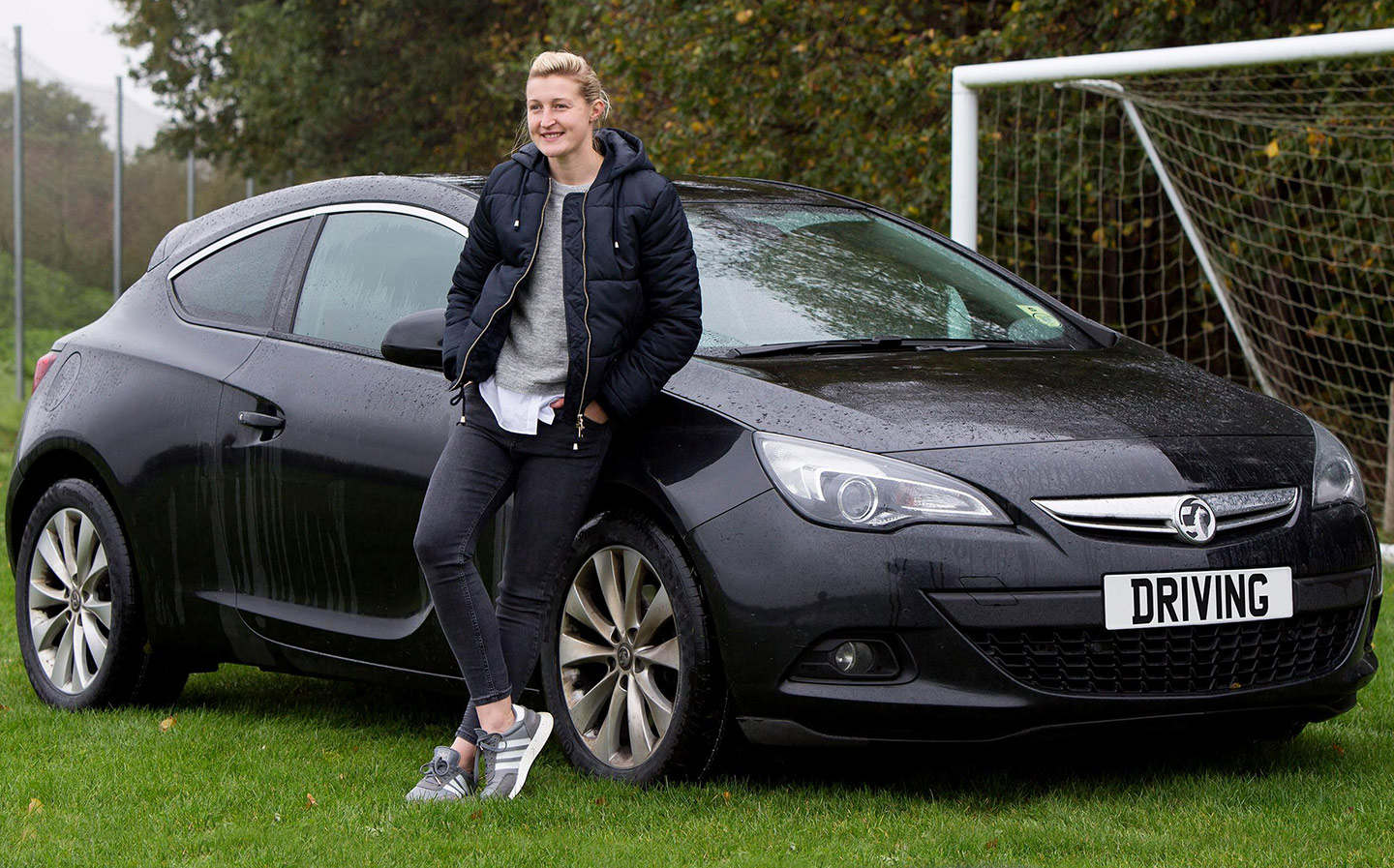 ELLEN White, the England team’s player of the year and a top-scoring forward, is one of the pioneers of women’s football. Signed to Arsenal Ladies aged eight, she has gone on to play for Chelsea, Leeds, Notts County and now Birmingham City Ladies. Her England career began in 2010 and her sights are set on making the final of the Women’s World Cup in France next summer.

The women’s national team have come a long way in the past decade, but their cars still have a little catching up to do to rival the Ferraris and Lamborghinis of their male counterparts.

“The car park [when the women train at the National Football Centre in Burton upon Trent] is embarrassingly normal,” admits White, 29, who drives a Vauxhall.

“Our midfielder Jordan Nobbs has a Range Rover but that’s about as posh as it gets,” she laughs. “If somebody arrives in anything smart, the rest of the team give them a bit of stick.”

White says the women’s team — coached by Phil Neville, the former Manchester United and England player — are more concerned about being noticed on the pitch. “We came third in the 2015 World Cup and next year we want to be in the final.”

At five years old she started playing at her father’s football academy, Mini Dux, in Aylesbury, Buckinghamshire. “My family is soccer mad — I was always kicking a ball around the house or in our back garden,” she says. “When my brother, Marcus, went off to train, I went with him. Playing with the boys, I wasn’t afraid to get stuck in, even though they were bigger and stronger than me.”

“My husband used to like playing soccer. Now, if we have a knock around together, he usually ends up in goal”

She was “thrilled” to be picked for the England Under-17 squad by the age of 15. Passing her driving test was not as straightforward.

“I failed my test the first time,” she says sheepishly. “I did a turn in the road and forced another driver to do an emergency stop.”

Passing second time, the string of very “normal” cars began. First, she shared a Ford Ka with her mother, before buying a second-hand Mini One while studying sports science at Loughborough College. Later the car was damaged when White fell victim to a “crash for cash” accident.

“The driver in front of me deliberately slammed on the brakes and I drove into the back of their car. It took two years to sort out with the insurance companies, but it turned out to be a professional scam.”

In 2010, during a second stint with Arsenal, White was given a sponsored Vauxhall Astra. It was her first new motor and she has favoured Vauxhalls ever since. Next came a Vauxhall Meriva mini-MPV. “It had the unusual, rear-hinged back doors, which children loved, but caused a few giggles among my teammates. It wasn’t a cool car.”

White now lives in Nottingham with her husband, Callum, a sports development officer for the Football Association. “He used to like playing soccer. Now, if we have a knock around together, he usually ends up in goal,” she says.

Last season, she was the top goal scorer in the Women’s Super League and received the award for the England team’s player of the year. “I wasn’t at the ceremony,” she admits. “I was at Steph Houghton’s [a fellow England player’s] hen party. It was a complete shock. Callum had to go up and receive the trophy for me.”

All of which explains why her new car (bought with her own money) is not a Lamborghini but a very respectable Vauxhall Astra GTC Sport coupé. “I wanted something a bit sportier,” she says. “This one is black with a leather interior. I love it, but it wouldn’t attract a second glance in the men’s team car park.”

Ellen White: My life in cars

Me and My Motor: Steph Houghton, captain of the England women’s football team