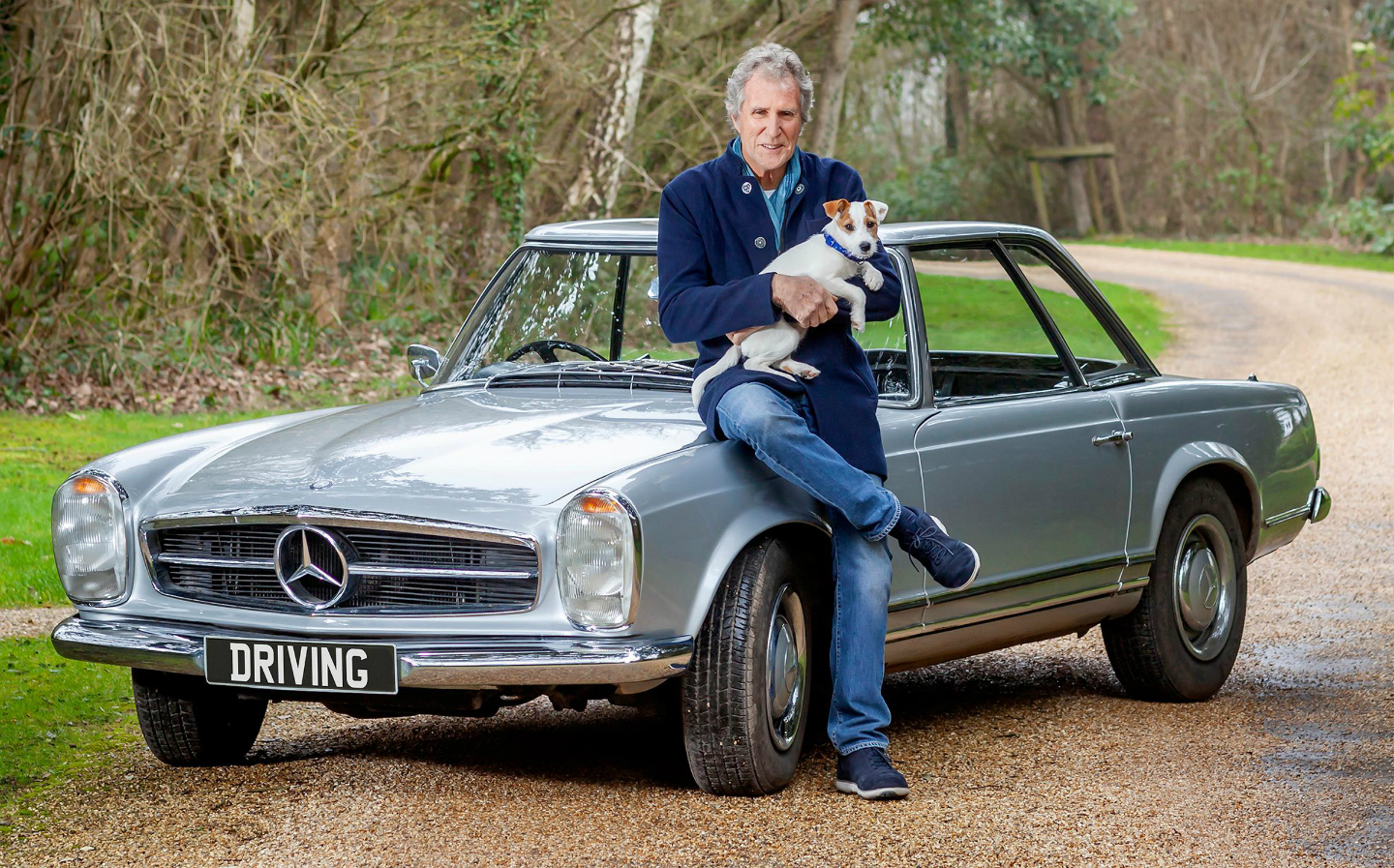 JOHN ILLSLEY sold more than 100m albums as the bass guitarist of Dire Straits. The band, fronted by lead singer and guitarist Mark Knopfler, had a string of hits in the late 1970s and 1980s, including Sultans of Swing and Romeo and Juliet, and spent more than 1,200 weeks on the UK album charts, scoring a No 1 on both sides of the Atlantic with Brothers in Arms in 1985.

Before all that, Illsley was a poor sociology student driving a rusty Rover P5. So, when the hits started rolling in, he was quick to upgrade . . . to a Volkswagen Golf. “A GTI,” he adds. “It was a brilliant car, easy to drive and seriously quick for its day. It was a low-budget spend, but I don’t think any of us let fame go to our heads.”

Illsley, 70, grew up in Market Harborough, Leicestershire, where his father worked in a bank. He was one of four children and money was tight.

“We were comfortable but thrifty,” he says. “We would pile into Dad’s Vauxhall Wyvern and set off on holiday to Cornwall. There were no seatbelts or radio. We played I-spy.”

He learnt to drive in his mother’s Hillman Imp before he and his brother William bought an old Ford Popular for £10. After moving to London to work at a timberyard in Kent, he was given a Hillman Minx as a company car. “It was very sensible and not very sexy, so when I quit to study sociology at Goldsmiths College, I bought a big old Rover P5 that did about 14 miles to the gallon. It cost me a fortune to keep on the road.

“I’d packed in a sensible job as a trainee manager with the timber merchants because I wanted to prove I could get a degree. I did really badly at school and left with no real qualifications. My parents thought I was crazy, but I knew I had to give it a go.”

The idea to form a band occurred when Illsley was sharing a flat in Deptford with Knopfler’s brother, David, a rhythm guitarist. One night, Illsley returned to his student digs to find Mark Knopfler asleep on the floor, beneath his guitar. “Mark was a brilliant musician who knew how to write a great song. Down the pub one evening, the three of us decided to form a band. There were a lot of gigs in local clubs before we landed our first contract.”

“Mark Knopfler and I bought an Aston Martin DB5 together for £11,000. We sold it for the same price a few years later — it’d be worth a fortune now”

Dire Straits had their first hit in 1978 with Sultans of Swing and by 1985 were one of the biggest bands on the planet. Brothers in Arms sold more than 30m copies and is the eighth bestselling album in UK chart history.

Along the way, Illsley and Knopfler decided to go halves on an Aston. “We bought an Aston Martin DB5 for £11,000. We thought we’d done really well when it sold a few years later for the same price. It’d be worth a fortune now.”

When the group disbanded for the second and final time in 1995, Illsley began a new career as a pub owner and restaurateur. He now runs the award-winning East End Arms, near Lymington, in Hampshire, though he sometimes misses the “buzz, the thrill, the excitement” of performing in front of 50,000 fans and has just released a new solo album.

He lives with his four children and second wife, Stephanie, and drives an electric Tesla Model S, as well as a 1960s Mercedes SL.

There have been many sensible Mercedes estates over the years, but he did allow himself one moment of proper rock star abandon: a 1978 Aston Martin Vantage. “It was a moment of madness,” he grins. “Driving that car was like riding a wild bull — it was insane.”

John Illsley’s new album, Coming up for Air, is out now

John Illsley: my life in cars