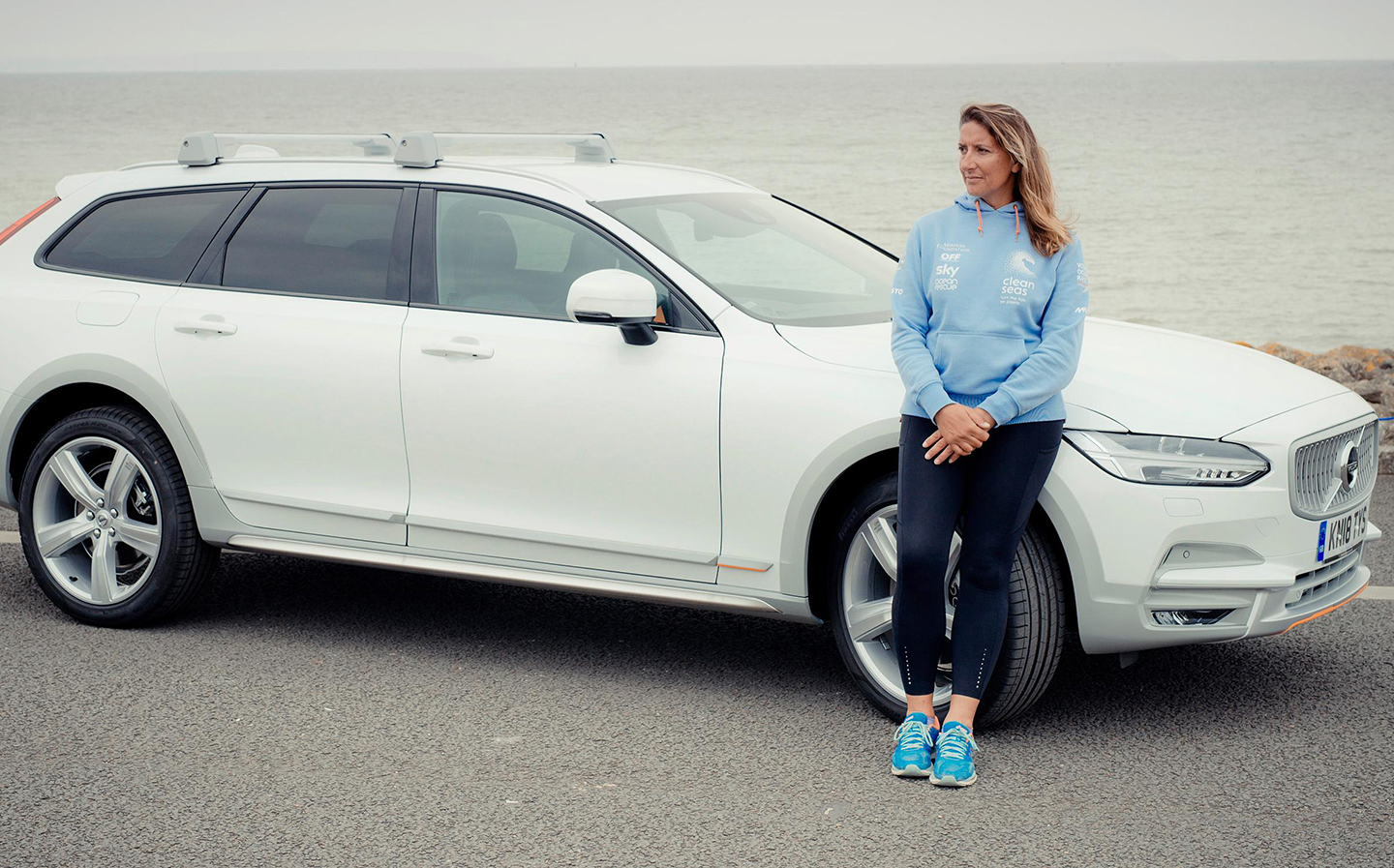 DENISE “Dee” Caffari is hardened to the cramped conditions of an ocean-going yacht, having circumnavigated the globe six times. Her boats can be a tangle of ropes and sails when seas get rough but back home she insists the inside of her car remains shipshape.

“I have a boisterous English springer spaniel called Jack who likes to jump in the boot and shake himself dry,” says Caffari, who has just returned from her latest round-the-world race. “I don’t mind my boat being smelly but I’m paranoid about passengers saying the car stinks of damp dog — there’s nothing worse.”

Caffari, 45, was the first woman to sail solo, non-stop around the world in both directions. The first passage in 2005-6 was the more demanding, pushing against the prevailing westerly winds and currents, and she was made an MBE in recognition of her achievement. She completed her latest circumnavigation last month, skippering a team of largely novice sailors for the eight-month voyage, in a 65ft yacht, competing in the 13th Volvo Ocean Race. They finished sixth.

Caffari found her sea legs as a child on board the family motor boat. “We lived in Rickmansworth [Hertfordshire], which couldn’t be much further from the sea. Dad’s pride and joy was a 40ft cruiser called Tamberini, which we kept on the Thames. It was our floating caravan. We spent all our holidays heading across the Channel to France and beyond.”

Among her first memories is of travelling in the back of her father’s Ford Capri, alongside her older sister Jane. “I hated that car just because it was brown,” she laughs. “Mum did the school run, but when I turned 17, I would often drive and she gave instructions. I passed my driving test at the first attempt, so then we shared her Austin Metro.” That ended when Caffari took the car to university in Leeds. “It was stolen the first time I went to college. ”

“I saw a bright green Citroën Xsara for sale and thought it was a good deal. I soon realised why it was so cheap”

She bought another Metro to start her first career — as a PE teacher — before the call of the sea became too great. “I was 27, loved teaching but was always talking about my adventurous plans. Just before he died, Dad said to me, ‘Are you going to talk about your dreams, or actually fulfill them?’ That was a wake-up call.”

Caffari packed in her job and learnt to sail on the Isle of Wight, selling her Metro to pay for the course. When her sailing career took her to Plymouth, she bought “a shocker” of a car. “I saw a bright green Citroën Xsara for sale and thought it was a good deal,” she laughs. “When I came to sell it, I soon realised why it was so cheap — nobody wants a green car.”

In 2004-5 she took part in the Global Challenge race, covering 29,000 miles. On her return, she was given a VW Golf sponsorship car. She parted with it in 2009 after competing in the Vendée Globe race and breaking the “both directions” record. She was then asked to make an online commercial for the Toyota Prius. “My fee was a new Prius hybrid.”

Caffari now lives in Titchfield, Hampshire, with her partner, Harry Spedding, who works for the Extreme Sailing Series. She drives a sponsored Volvo V90 Cross Country Ocean Race edition — an estate with plenty of space for her sailing kit and Jack.

Her latest Ocean Race boat is called Turn the Tide on Plastic, supporting the UN campaign. “The problem of plastic pollution in the ocean has got worse since I first went around,” she says. “It’s shocking.”

Dee Caffari: my life in cars