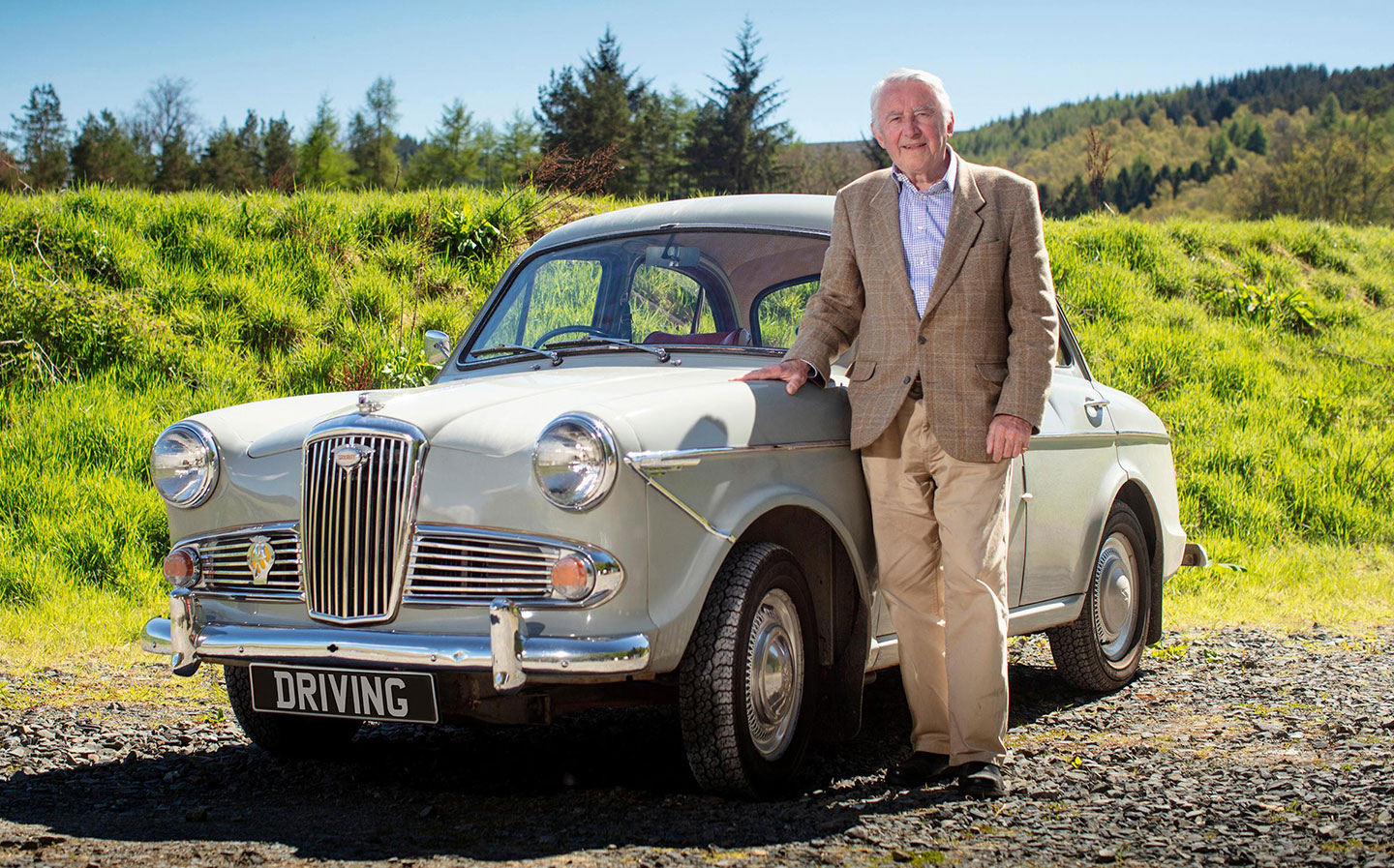 YOU DON’T need a flashy new motor to turn heads, says David Steel, former leader of the Liberal Party and now a Liberal Democrat peer in the House of Lords, but it helps. Recently, Steel has been attracting attention with a £6,000, 54-year-old motor that boasts a top speed of 70mph “with a tailwind”.

As president of the Federation of British Historic Vehicle Clubs, Steel is a confirmed classic car enthusiast and recently splashed out on the 1964 Wolseley 1500 — one of only about 200 still on the road — so he could take part in events. “I’ve often bought cars second-hand but this one is umpteen-hand,” laughs Steel, 80. “I paid slightly over the odds but it’s an exceptionally good one and only has 56,000 miles on the clock.”

Just weeks after buying the Wolseley — one of the most famous names in British motoring history — it won the accolade of Best British Motor Corporation Car at a vintage motor show in the Scottish Borders, where Steel, who led the Liberal Party from 1976-88 and was the first presiding officer of the Scottish parliament, lives.

“The judge said that most Wolseleys still on the road have been tarted up, whereas mine is original. There’s no power steering and it has [drum brakes], rather than discs, so you’ve got to allow plenty of time to slow down. It has to be driven properly — a lot of today’s cars don’t really need to be driven.”

The son of a Church of Scotland minister, Steel grew up in Scotland and Kenya and became involved in politics while studying law at Edinburgh University. His first car, bought with his parents’ help while still a student, was a 1938 Morris Eight, costing £75. “I didn’t have any money so I had to do my own servicing — I learnt the hard way how cars work.”

When, aged 26, he was elected as Liberal MP for the seat of Roxburgh, Selkirk and Peebles, Steel was driving a humble beige Austin Mini Van. The day after the election, the local garage owner turned up outside his house with a second-hand silver-grey Humber Hawk and “persuaded me that it was a more appropriate car for an MP. If I recall correctly, it cost £400. It was a lovely car and had a bench seat at the front for three people, although it had a steering-column gearchange, which was not the easiest thing,” he says. “I drove it up and down to London from Scotland a lot. In those days MPs didn’t have expenses for their wife and children so everyone piled into the car.”

Fast-forward to the early 1970s, and Steel bought his first second-hand Jaguar, a black Mk IX with a green flank. “It was enormous and had lots of woodwork. I once gave two of my lady supporters a lift and they went around afterwards saying they’d had a lift in David Steel’s Rolls-Royce!”

Steel went on to have “three or four” Jaguar XJ series IIIs while party leader and is now president of the Jaguar Drivers’ Club.

In the 1980s he branched out with a Triumph Stag (“with a dodgy engine”) but, in recent years, has veered towards more sensible fare, with a Land Rover Discovery, then a Freelander, in part so he can visit his three children and nine grandchildren with Judith, his wife of 56 years.

“I started buying 4x4s because two of my children live up single-track roads in the hills so I otherwise couldn’t get to see them in bad weather,” explains Steel, who now has a Jaguar F-Pace 4×4.

But it’s his postwar classic, with its red-leather seats and walnut fascia, that is closest to his heart. “There’s nothing like going for a drive in the Wolseley in the Scottish Borders on a sunny afternoon with my wife Judy by my side,” he smiles.

David Steel: my life in cars