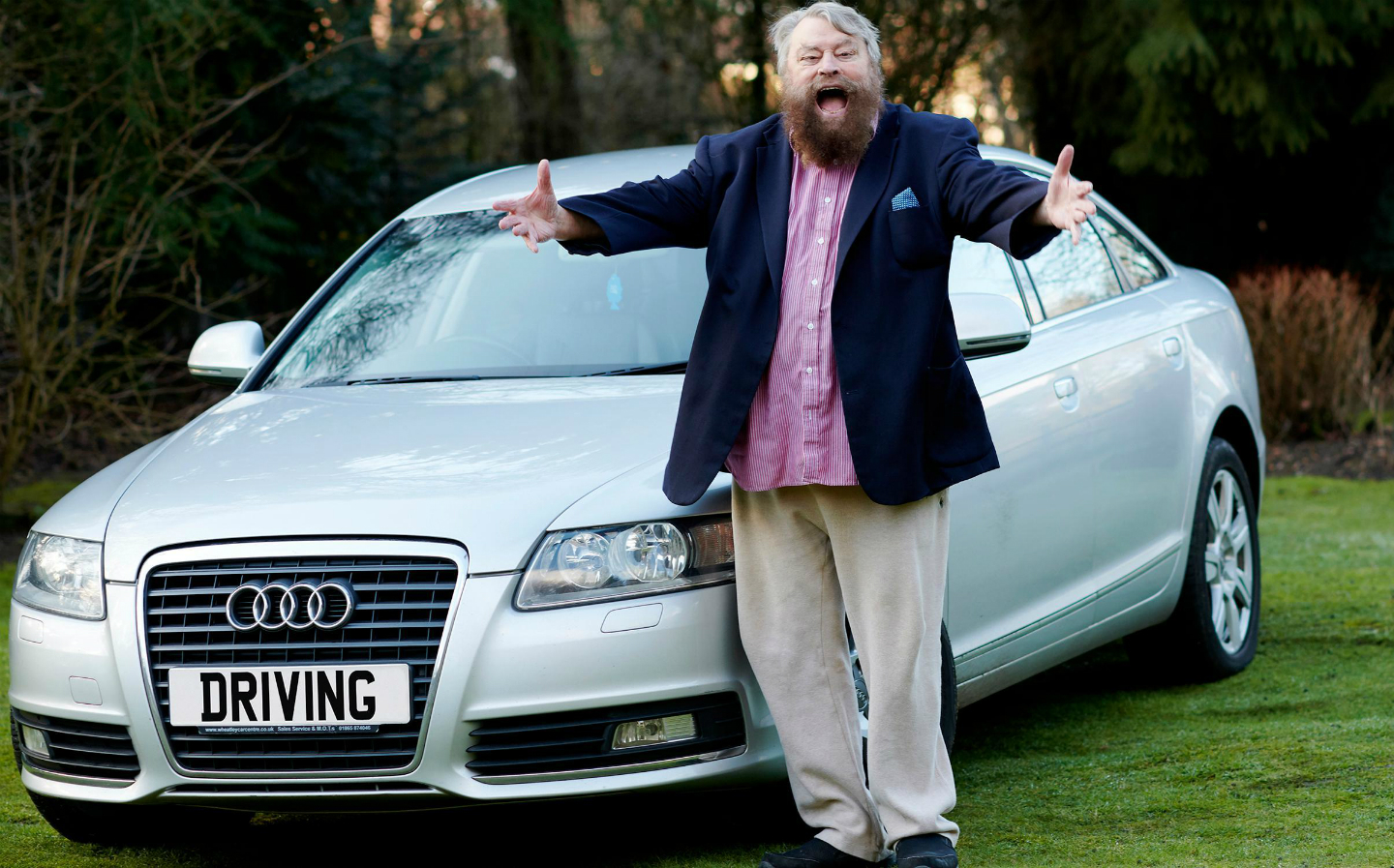 BRIAN Blessed became a household name more than 50 years ago in the BBC police drama Z Cars. As the bobby with the booming voice he kept the peace from behind the wheel of a Ford Zephyr patrol car — the only hitch being that Blessed couldn’t drive.

“It caused a bit of a scandal when the papers got hold of it,” he says, letting out one of his famous roaring laughs. “I was supposed to be the big tough guy and I couldn’t even drive. That was put right very quickly.”

In the Sixties there was little question of Blessed being required to film car chases on the open road.

“In 1962 everything was filmed in black-and-white and live in a studio,” says the 82-year-old. “The backdrop rolled on a projector screen behind us during the car scenes, and my Zephyr patrol car didn’t have a windscreen [to avoid lighting reflections].”

Blessed once caused the BBC switchboard to light up when he answered a phone by reaching through the imaginary screen.

The son of a Yorkshire miner, Blessed rarely saw a car until his teens. “Dad was my hero but we couldn’t afford a car. He had a bad accident at work, so I left school at 15 and worked as an undertaker’s assistant. I was determined not to go down the mines.”

After national service in the Parachute Regiment, he went to Bristol Old Vic theatre school, where he trained alongside Sir Patrick Stewart. His first theatre job was as assistant stage manager at Nottingham Rep for £4 a week. He then worked as a bodyguard in London before Z Cars lifted his acting career.

Fittingly, his first car was a Zephyr 4 Mk 3. “It was very light at the back, so some police friends from Z Cars advised me to leave a bag of cement in the boot, to weigh it down a bit.”

“I was supposed to be the big tough guy on Z Cars and I couldn’t even drive. That was put right very quickly”

He turned down the lead role in Doctor Who in 1966 because of other commitments and then became a stalwart of the BBC drama department. He bought a “bloody marvellous” Jaguar Mk 2 and then a Rover 2000.

Blessed married his second wife, the actress Hildegarde Neil, in 1978 and swapped the Rover for a VW camper van after the birth of his daughter Rosalind (he also has a daughter, Catherine, from his first marriage, to the American actress Ann Bomann).

Blessed was briefly sponsored by Skoda. “They were great cars but kept overheating. Once, I pulled the gearstick clean out. After that, I owned a Mitsubishi Space Wagon, but that died when somebody drove into me.”

Blessed now drives an Audi A6 and lives in Bagshot, Surrey. He has just embarked on a one-man show touring the country. “I’ve boxed with the Dalai Lama, punched a polar bear and survived a plane crash, so I’ve usually got something to talk about.”

His booming voice has been put to good use in everything from I, Claudius to the original production of Cats. But the role he has never managed to escape is that of Prince Vultan in the 1980 sci-fi film Flash Gordon.

“When Flash survives against all the odds, I had to bellow, ‘Gordon’s alive!’ That bloody line has literally followed me to the ends of the Earth.” In 1999, Blessed, who has enjoyed a sideline as an adventurer, became the oldest man to reach the magnetic North Pole on foot. “On the walk, a Russian submarine surfaced through the ice. The hatch flew open and when the captain realised who I was, he asked me to shout, ‘Gordon’s alive!’”

Brian Blessed: my life in cars