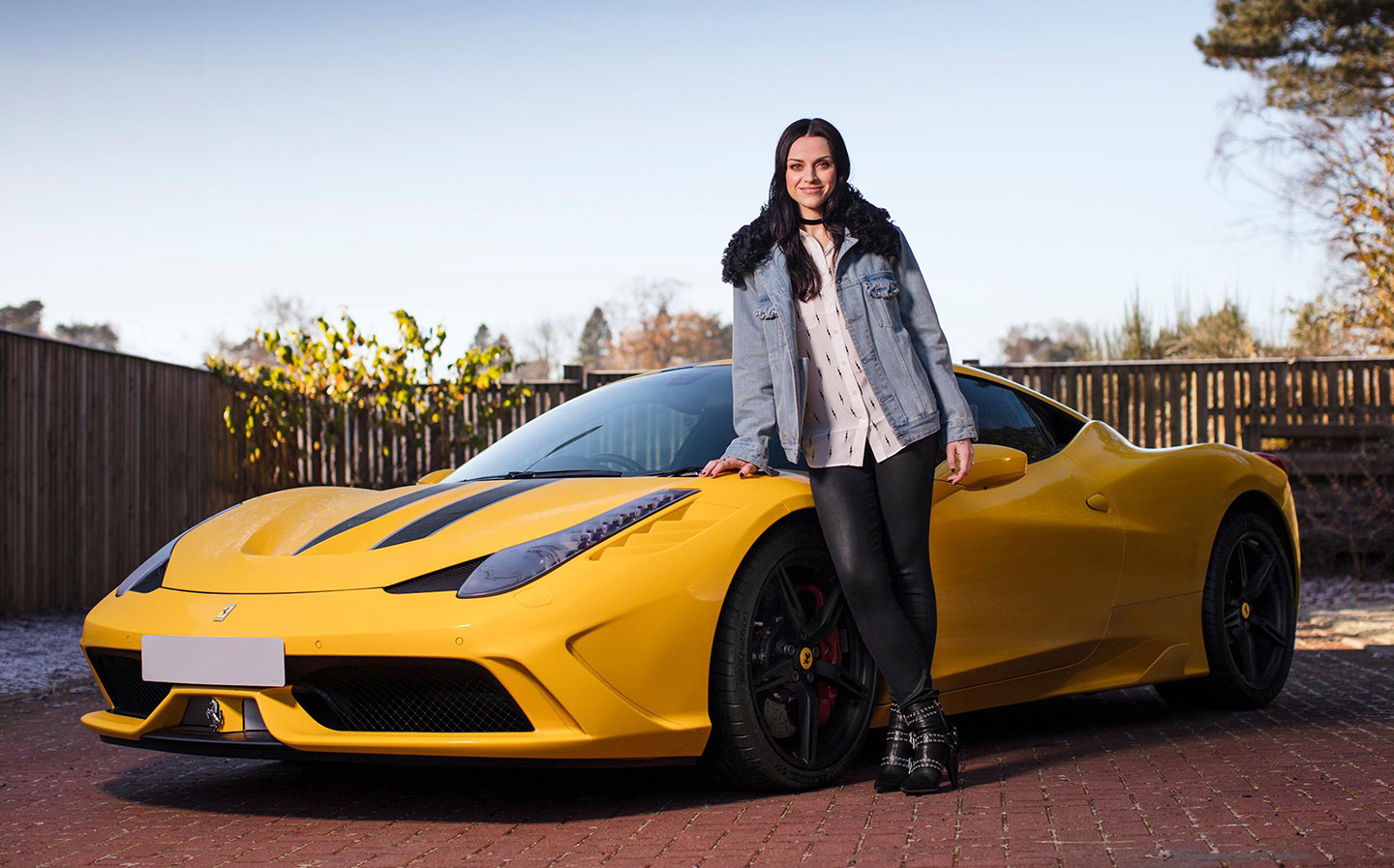 AMY MACDONALD had a No 1 album by the time she turned 20 and has gone on to sell more than 9m albums around the world. Not for her the usual string of beaten-up first cars: she began with a brand new Mini Cooper, followed by an Audi TT and then swiftly by a £76,000 Audi R8.

Today the 29-year-old has a brace of Ferraris and — with a new album and world tour kicking off in March — has her eye on a Bugatti Chiron, the world’s fastest production car.

Macdonald was inspired to take up music at the age of 12 after watching the band Travis. She borrowed her father’s guitar, taught herself to play, then started writing songs and playing at cafes in Glasgow, which led to support slots in Edinburgh.

She landed her first record contract shortly after sending a demo in response to an advert in the NME magazine, placed by a production company looking for young artists. That deal helped pay for the Cooper and the TT. Then, when This Is the Life, her debut album, came out in 2007, she got the 197mph R8.

Macdonald’s mother, Jo, a retired accountant, was not impressed. “She’s always said, ‘Don’t waste your money on cars,’” Macdonald laughs. “I ignored her and bought the R8, which was amazing. I was sitting there, a 20-year-old, behind the wheel of this wonderful car.”

Her passion for luxury cars grew — via a Nissan GT-R and a Bentley Continental Supersports — but she has always had a more sensible car alongside. Her runabouts have included an Audi Q7 and five Range Rover Vogue SEs.

She recently acquired a Ferrari 488 GTB and still has a £250,000 Ferrari 458 Speciale. “It still makes me feel a bit sick when I think about the cost of that one,” she admits. “But I’m so passionate about it. And even Mum realised cars could be investments when it increased in value.”

Macdonald still lives in Glasgow and is engaged to Richard Foster, 31, a footballer with St Johnstone, although marriage plans have had to be delayed until after Macdonald’s tour. “He has a BMW M3,” she says. “He always gets stick from his pals in the dressing room for being picked up by me in one of the Ferraris.”

The singer is looking forward to testing a Chiron. “When I went on Top Gear about four years ago I said that my dream car was a Bugatti Veyron,” she says. “I was contacted the next day by the chief executive of Bugatti and invited for a test drive.

“So, I went to where they are made in France and took one on the road with him. I was trying to explain that I had never driven on the other side of the road before. But he couldn’t understand my accent, so it was fairly intense at the roundabouts. He kept saying, ‘Don’t worry — it’s just like driving a VW Golf.’ But it was so powerful. I only had to hover my foot over the accelerator and … bang.”

The Veyron is no longer made so the £2m Chiron is the new dream. So too is her new Ford GT, which is expected to arrive sometime this year, and will cost around £325,000.

Against the odds, Macdonald appears to have found longevity in an industry in which careers often die within two or three years. “Because of that, I have always looked forward, with caution, to the cars I think I can own and afford,” she says. “Is it a glamorous life? Not really. The glamour comes with the cars.”

Amy Macdonald’s new album, Under Stars, will be released on February 17

Amy Macdonald: my life in cars