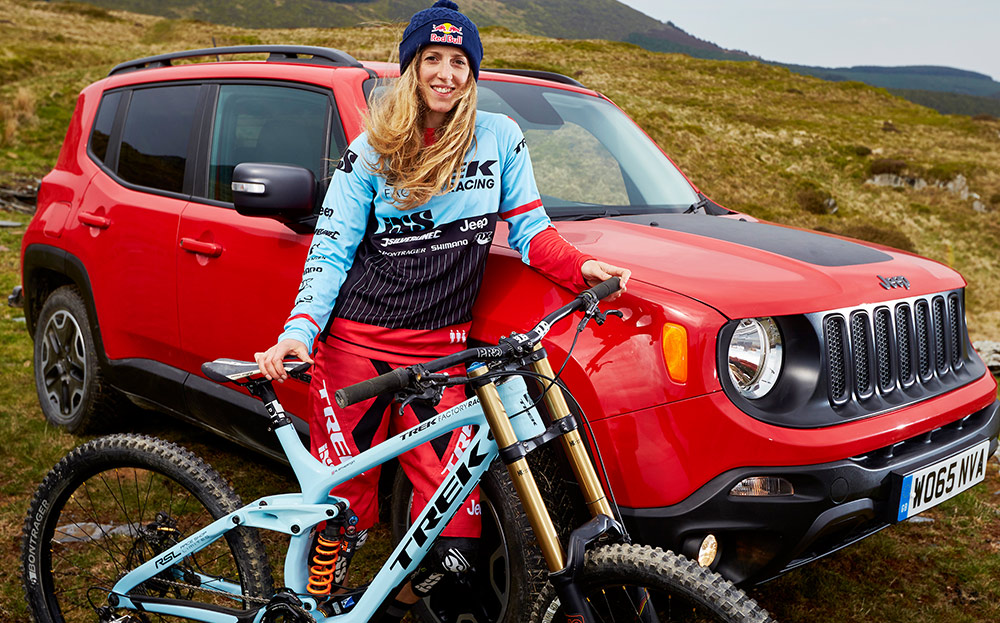 RACHEL Atherton spends her working days hurtling down mountains, at speeds of up to 50mph, heart rate rising, knuckles white from holding on for dear life. Her vehicle of choice? A £7,500 push bike. The women’s downhill mountain biking world champion has attained almost legendary status among up-and-coming riders.

In the late 1990s the Atherton siblings, Rachel and her brothers Dan and Gee (short for George), squabbled in the back seat of their father’s old red Audi estate as they drove Dan, the eldest, to bike races.

Their parents had divorced and it didn’t take Rachel and Gee long to realise that if they wanted to make the most of “weekends with Dad”, they’d be better off joining in than watching from the sidelines.

“So our weekends would be spent driving around with a bike rack on the boot and a caravan in tow, going to races or looking for the perfect training runs,” says Atherton, who was born near Salisbury.

Having passed her driving test at 17, she used some of her first race winnings to buy a second-hand Peugeot 106 for £600. “It was a good car until one day the exhaust dropped off, the head gasket went and smoke started coming from under the bonnet.”

If that sounds hairy, it’s nothing compared to downhill mountain biking, in which competitors race down dizzyingly steep slopes, over courses of 1-2 miles, negotiating obstacles and jumps. “It’s mentally challenging and skilful, but people often underestimate the physical side, when you’re pedalling so hard your arms and legs are burning, and you’ve just got to hold on and keep going.”

A collision with a pick-up truck while on a training ride in California left her with an injured shoulder and ruled her out of the 2009 season. She incurred another vehicle-related injury when trying to sell her VW Caddy. Opening the driver’s door for a prospective buyer, she dislocated her thumb. “By the end of the test drive it had swollen up and I was in agony, but I didn’t say anything — I wanted him to take it off my hands.”

The Atherton siblings signed to the Trek Factory Racing team in 2015 and have been sponsored by Jeep for a few years. Atherton has recently been given a Jeep Renegade, her “first proper car” (since the Peugeot), which coincides with some other big changes. She recently moved into the home she has bought and renovated with her boyfriend.

“It’s in the middle of a forest near Snowdon with a two-mile off-road drive to get here,” says Atherton.

Sometimes she fantasises about a drop-top sports car — “jump in, no bikes” — but right now it’s not an option.

“I’m still winning — I feel like I’ve reached a level where I know how to win,” she says. “I’m not crashing all the time, I’m physically strong and it’s a great position to be in.”

Rachel Atherton: My Life in Cars