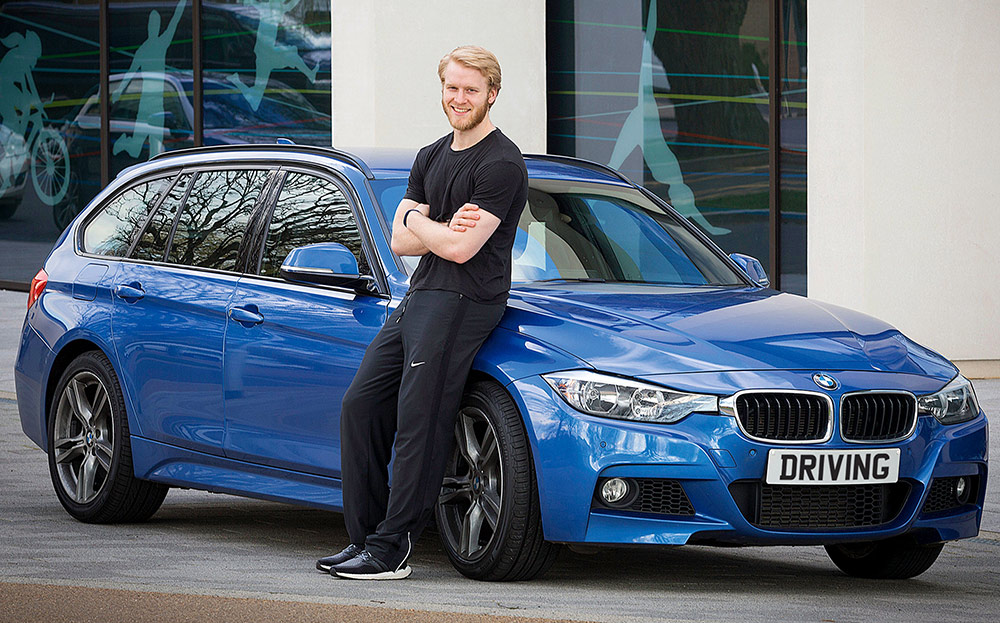 JONNIE Peacock can’t afford his dream motor but he does own the Ferrari of running legs. The carbon fibre blade costs £6,000 and it can power him out of the blocks faster than his current car.

“I get through cars faster than running socks but I only have one running blade. It weighs about a kilo but was precision made to fit me perfectly. It’s just like a hand-built engine in a Nissan GT-R — no two are the same.”

Peacock, 23, contracted meningitis when he was five and his right leg had to be amputated just below the knee. “Once I had a prosthetic leg fitted, all I wanted was to go fast. Mum had to put me on a leash to stop me running away! Then I met David Beckham at a Euro 2000 event when I was seven and he inspired me to compete.”

Desperate to get a provisional driving licence at 17, Peacock was frustrated by protracted administrative delays caused by his amputation. “I took a three-week intensive driving course and passed first time in a Mitsubishi Colt. I had no idea my sprinting career was about to take off too.”

His first car was a less than sprightly Renault Mégane 1.6, bought for £300 hours after passing the test. A month later he moved up to an Audi A3 2.0 TDI. “I loved that car; I drove it in the build-up to the Paralympics. We covered a lot of miles together.”

His big rival is the American Richard Browne. “He’s the world record holder and a bit mouthy”

As a teenager at St Ivo School, near Cambridge, Peacock was the first to sign up for a mechanics course. “I found a part-time job in a local garage just to be around cars. Mum’s old Rover 214 was forever broken down on the driveway too, so I practised on that. I’d dismantle the engine and put it back together just for fun.”

After his London triumph Peacock struck a deal with his local garage and was lent a string of Audis. “I liked the Q3 because the driving position was perfect for me. I also tried the TT TDI but it was disappointingly slow.”

Peacock drives automatics, using his left leg for both the brake and accelerator. “It feels perfectly normal to me. Unfortunately, like every other young driver, the cost of insurance usually stops me owning what I want.”

It didn’t stop him buying a Range Rover Evoque in 2014. “The interior was spectacular. I kept it for eight months but the electric steering was a let-down.”

Determined to up the pace, he picked a 295bhp Volkswagen Golf R next. “It was like nothing I had driven before. It wasn’t just the speed — the build quality and engineering were second to none.”

Within months, his commute to Loughborough University’s High Performance Athletics Centre for sprint training forced Peacock to reconsider his choice. “I needed better economy, so I became a grown-up and bought the diesel BMW. It’s a good car but I still spend the same on fuel.”

For now, his focus is on this summer’s Paralympics. His big rival is the American Richard Browne. “He’s the world record holder and a bit mouthy but at the end of 2015 I was the first person to beat him in two years. I’m aiming to do the same at Rio.”

Jonnie Peacock: My Life in Cars