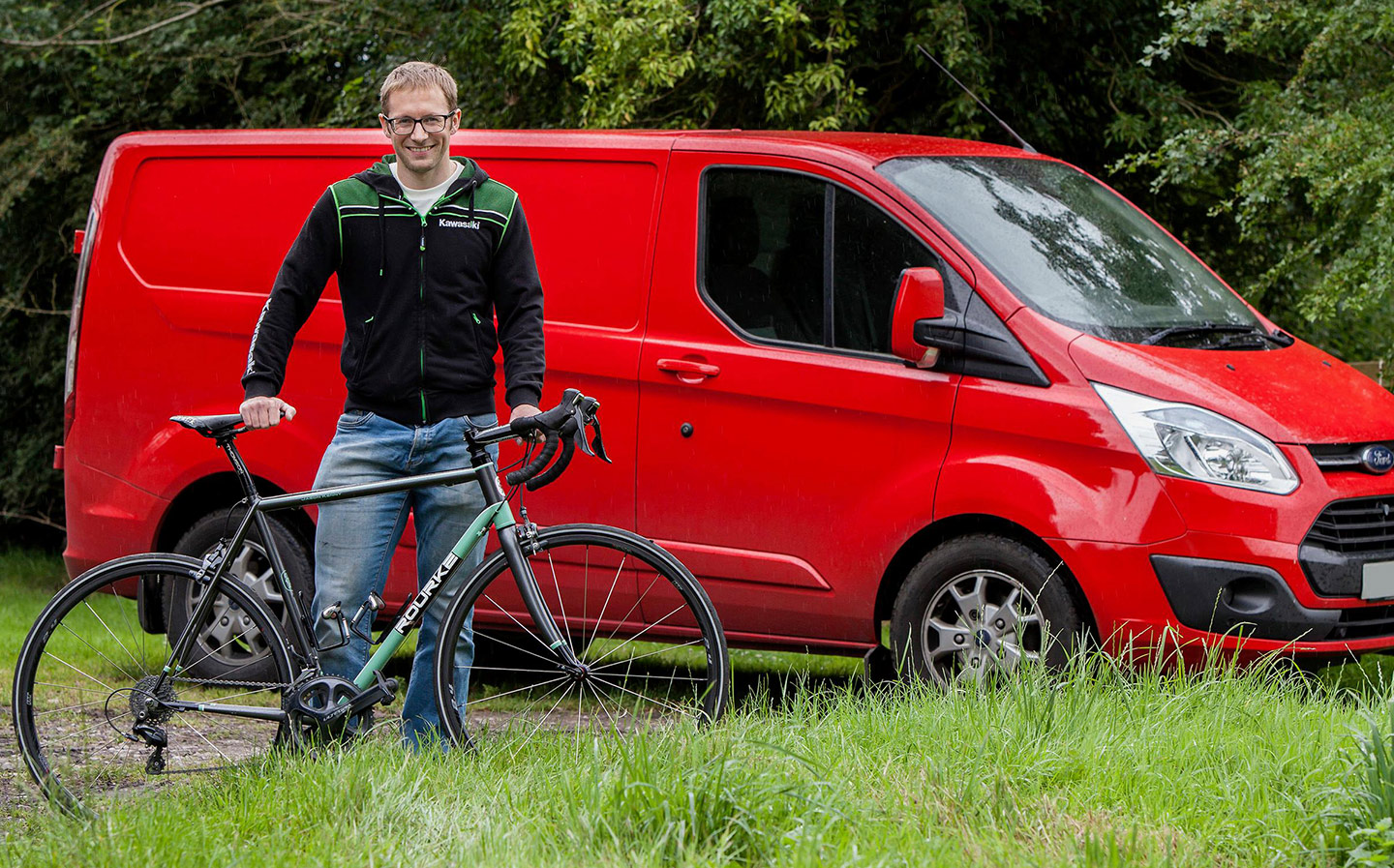 JASON Kenny, the six-time Olympic cycling gold medallist, is relaxing trackside. But this isn’t a velodrome, he’s at Silverstone, practising for the Silverstone Classic, an annual weekend of historic motor racing.

Like Sir Chris Hoy, his former Team GB teammate (with six golds each, they hold more than any other British athlete), Kenny has caught the four-wheel bug and has been racing in the Radical European Masters in a Radical SR3. “I’ve done track days and raced with Chris,” says Kenny, 29, from Greater Manchester.

“It’s weird, riding with him at the London Olympics and then seeing him at Oulton Park. I love racing and anything mechanical. That’s what got me interested in bikes and got me hooked on cars.”

Kenny and Laura Trott, his then girlfriend and Olympic cycling teammate, shared a kiss live on TV after winning gold medals within 90 minutes of each other in Rio last year. They have since married and are now expecting their first child, and Trott is less enthusiastic about Kenny roaring around the Nürburgring on his days off.

She’s also had a word about his 140mph Kawasaki motorcycle. “I was into racing when she met me, so she puts up with it … just about. And she knows I’m not an idiot behind the wheel. That comes from a lifetime of riding bikes. I’ve lost count of the times a car has come flying past me at 60mph; you are literally two or three inches from death.

“If people spent more time on their bikes, they’d have a greater appreciation of the dangers of getting behind the wheel of a car.” 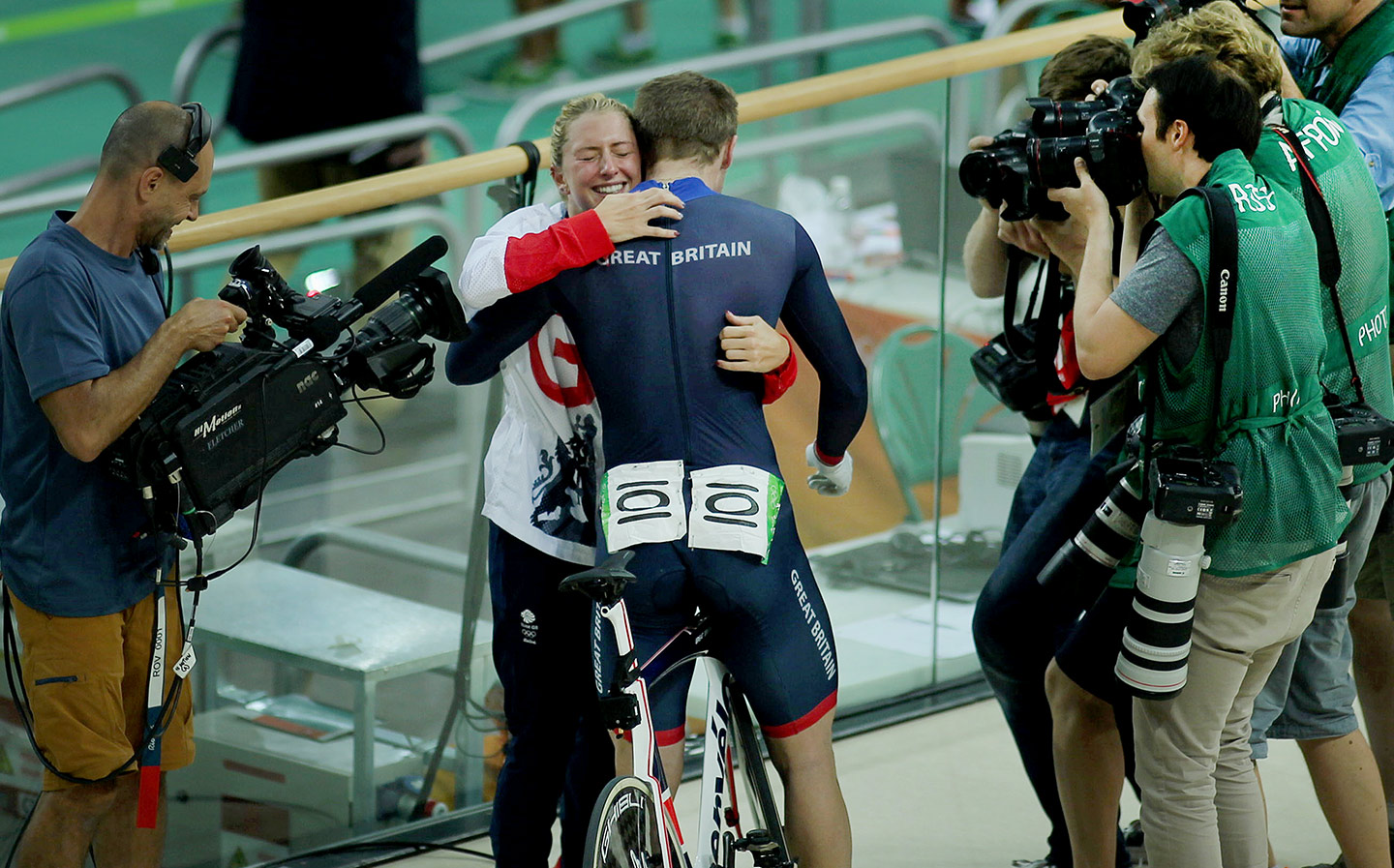 Laura Trott, Kenny’s then-fiancee, hugs him after his gold medal ride in the Men’s Keirin during the track cycling competition at the Rio Olympic Games, 2016

Despite his childhood love of cars, his parents didn’t actually own one. “My grandad had a Peugeot 309 and we used to borrow it whenever we needed a car. It got passed around various family members and ended up with me after I got my licence.

“It was all right, but I wanted something sportier, so I decided to get the GTI version. That was my first proper car and, to be honest, it was a bit boring.”

The 309 was off-loaded while Kenny and his older brother, Craig, looked for something else. “At one point, I had a Volvo 960. It was dead comfy but it had a three-litre engine and emptied my wallet every time I filled it up. My favourite was a little Mini. It was a brilliant car and I still regret getting rid of it.”

“I’ve lost count of the times a car has come flying past me at 60mph; you are literally two or three inches from death”

Having picked up his first Olympic gold in Beijing in 2008, Kenny was offered a deal with Jaguar, which allowed him — aged just 20 — to lease an XKR. But the two never really hit it off.

“I couldn’t believe I was driving such a cool car at that age: a beautiful white Jag. The problem was that I didn’t really need a big, flash car. So I went back to the Mini. That was a car you really had to drive; it needed a bit of input.”

In 2012, Kenny picked up another two Olympic golds … and a second-hand VW Passat. “That was the period where me and Laura were getting to know each other. My God, she hated that Passat. She said it smelt of old men. There was absolutely nothing wrong with that car. It was good in the snow and I could get all the gear in the back.”

Buoyed by his London 2012 success, Kenny also treated himself to an entry-level track car, the Ginetta G20. “I’d done a few track days and decided to take things a bit more seriously. Obviously, if you’ve got the car, you need something to tow it to races and my Transit Custom has sort of become my daily drive.”

He admits the Transit is not the most practical vehicle, especially with a baby on the way. “Can you imagine trying to bolt a baby seat in the back of the van? Poor little thing! Laura’s got a sensible car [a Range Rover], but I suppose I will have to get rid of the Transit. Or get one with back seats.”

Jason Kenny will be driving in the Silverstone Classic (silverstoneclassic.com), July 28-30

Jason Kenny: my life in cars