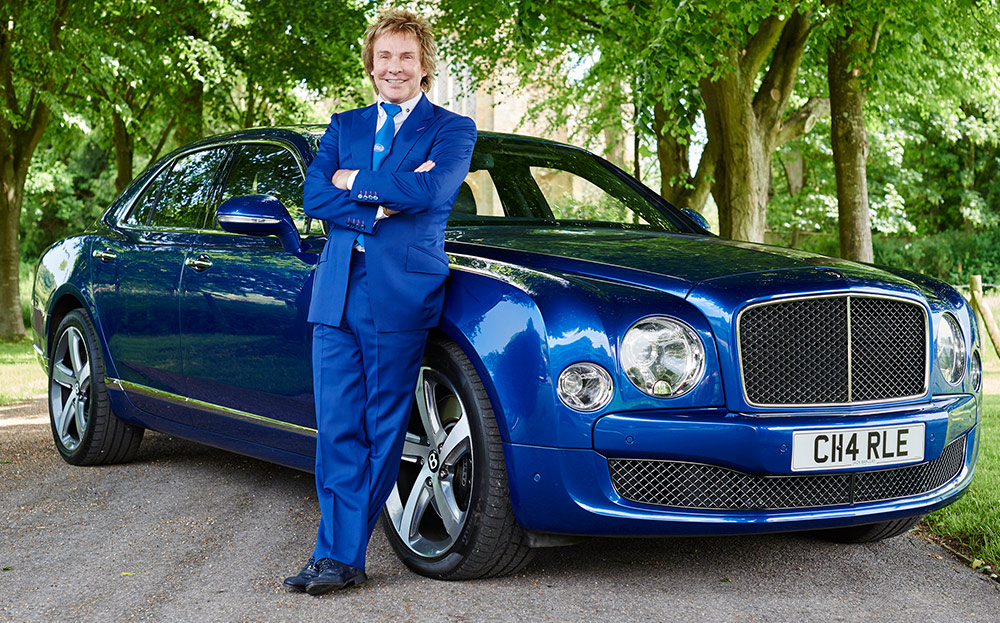 AS A newly qualified plumber driving around London in his beaten-up Morris Minor van, Charlie Mullins would gaze at the Bentleys and Rolls-Royces heading into London’s West End and say: “One day that will be me.”

He said it “tongue in cheek”, never believing it would become a reality, but today he’s the multimillionaire boss of Pimlico Plumbers, with a turnover of about £20m a year, and the proud owner of a £336,000 Bentley Mulsanne. He has a £200,000 Bentley Bentayga on order and keeps a Bentley Continental GTC at his home in Spain. “I didn’t know how lucrative plumbing could be back then,” he grins.

Growing up on a council estate in south London in the Fifties and Sixties, Mullins took little interest in cars. The closest the family came to owning one was when his father took a job in a factory painting model vehicles and brought one home. “The best I could hope for back then was a work van,” says Mullins, 63.

After becoming a plumber, he bought the first of a string of old Morris Minor vans for £35 at auction in 1972. His first car was a second-hand Mini. “I didn’t really want it but we [he and his then wife Lynda] had a baby,” says Mullins, now a father of four.

Seven years later he founded Pimlico Plumbers with just a bag of tools and another Morris van. It now employs 330 people and has clients including Sir Richard Branson and Dame Helen Mirren. Rather than the “turning up late, scruffy old van, arse hanging out of trousers” plumbers of old, he offers a polished — not to mention cannily publicised — service.

The company’s liveried vans feature attention-grabbing numberplates: everything from LO 02 OLD (Loo too old) to C811 OUT (call out). He bought the first — DRA 1N — for £6,000 and was once offered £100,000 for it by a rival. He might have got even more for BOG 1. “Bog means God in Russian, apparently,” he says. “I once got a call from someone working for Roman Abramovich saying he wanted to buy it, but I wouldn’t sell. Imagine him driving around with a numberplate that means God? I mean, that’s got to be worth a fortune.”

He makes regular trips to Harrods, where he is ushered into the reserved parking… “I don’t know if he thinks I’m someone else.”

As the business grew, Mullins upgraded to a Ford (Zephyr, then Cortina), followed by a BMW 3-series, a Range Rover and a Lexus. “Then my chauffeur, Eric, says, ‘Why don’t you get a proper car?’” recalls Mullins. The doughty 80-year-old took his boss to Jack Barclay, the Bentley dealership in Mayfair. He bought a Continental GT convertible on the spot.

Now living in a riverside penthouse in Battersea with his 45-year-old fiancée, he makes regular trips to Harrods, where he is ushered into the reserved parking. He presumes it’s the Bentley magic, although he adds nervously: “I don’t know if he thinks I’m someone else.”

When he turned up for a Conservative party ball at the Dorchester in February (he is a party donor), he was the only guest to park by the main entrance. “I go to Downing Street and I always pull up just outside, where you’re not supposed to, but the coppers just say, ‘You all right, Charlie?’ ”

The only time Mullins feels a twinge of envy these days is when he visits Monaco. “You see the most amazing vintage Rollers and Bentleys,” he sighs. “That’s got to be the ultimate.”

Charlie Mullins: My life in cars