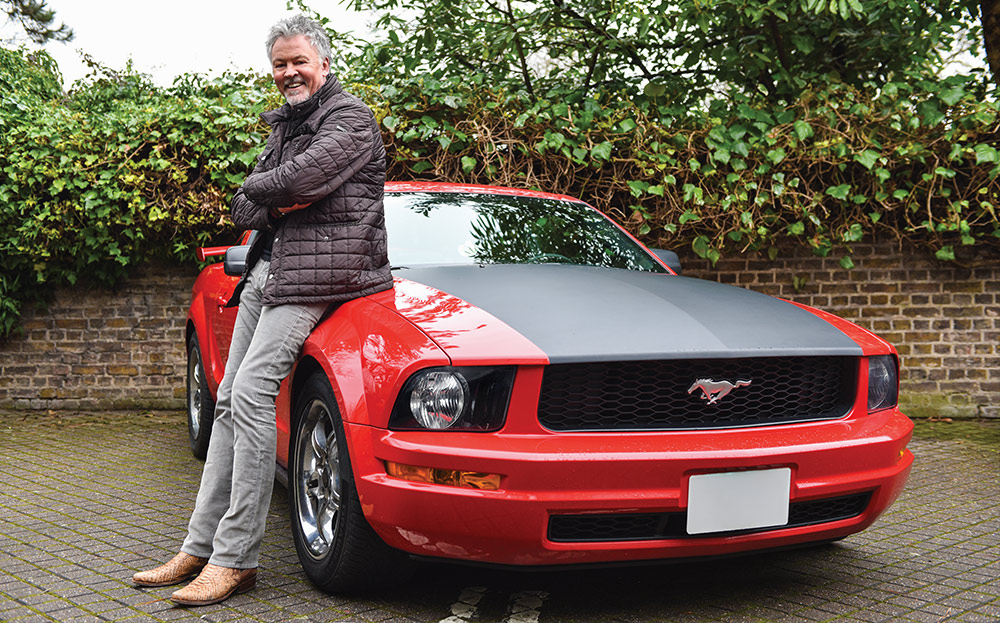 IN THE 1980s Paul Young had a string of top 10 hits, three chart-topping albums and an army of swooning teenage fans. When the cheques started coming in, he splashed the cash in the most conspicuous way possible, buying a limited-edition Porsche 924 Carrera GT and a Dino Ferrari.

The hits dried up when Young was replaced by the next wave of heart-throbs. He lost £250,000 in a property scheme, and the chauffeur-driven limos gave way in the mid-1990s to a 1954 Ford F100 pick-up, as Young took jobs in the outer reaches of the music business with his Tex-Mex band, Los Pacaminos.

Rather in the spirit of his hits Wherever I Lay My Hat and Love of the Common People, Young seems at ease with the ebb and flow of his life. He loved that old pick-up, which he restored himself, spending hours in online chat rooms with other enthusiasts.

Now 60, Young is to release a new solo album, Good Thing, on April 15. He’s already banking on the album being successful enough to make him a born-again star with a car to match: “I love the idea of a Maserati GranTurismo.”

Young knows a great deal more about the minutiae of the internal combustion engine than your average pop singer, because in the early 1970s he spent four years as a milling machine apprentice for Vauxhall in Luton, the same factory where his father was a pattern maker. “He worked every day of his [working] life there and my brother worked there too.”

Unsurprisingly, Young’s first car was a Vauxhall: a 1965 Viva HA. “I bought it from my older brother, Mark, for £150. It was pale blue with a black interior.” It didn’t last long. Machine milling by day and playing with his band by night (Young worked with the bands Kat Kool and the Kool Kats, Streetband and Q-Tips before finding solo success), he fell asleep at the wheel and drove into a lamppost. Aged 21, he decided it was time to give up the day job.

When Wherever I Lay My Hat went to No 1 in 1983, Young was driving an old green Vauxhall Viva HC, given him by his father. Fans would spot him in it but assume he was a lookalike, unable to believe a pop star would be driving such a wreck. Six months later the money started flowing and Young’s spending spree began with the Porsche and Ferrari.

In the 1990s he bought an armoured Chrysler Voyager, custom-made for Tony Blair and then owned by Blur

Over the years, cars have come and gone. When, in 1987, he married the model Stacey Smith and they had their first child, he swapped the sports cars for more family-friendly fare: a Range Rover and then a BMW 3-series.

In the 1990s he bought an armoured Chrysler Voyager, which had been custom-made for Tony Blair and then owned by the Britpop band Blur. “It was a heavy car to drive and cost a fortune in petrol because of the armour plating,” says Young.

He avoids buying new because of the depreciation, preferring older models, particularly Americana, including a 1971 Harley-Davidson Electra Glide motorbike. His main car now is a Ford Mustang — “red with a black stripe down the middle” — which he bought for £20,000 about 20 years ago. “It makes me feel good when I’m driving it, and that’s all that matters,” he says.