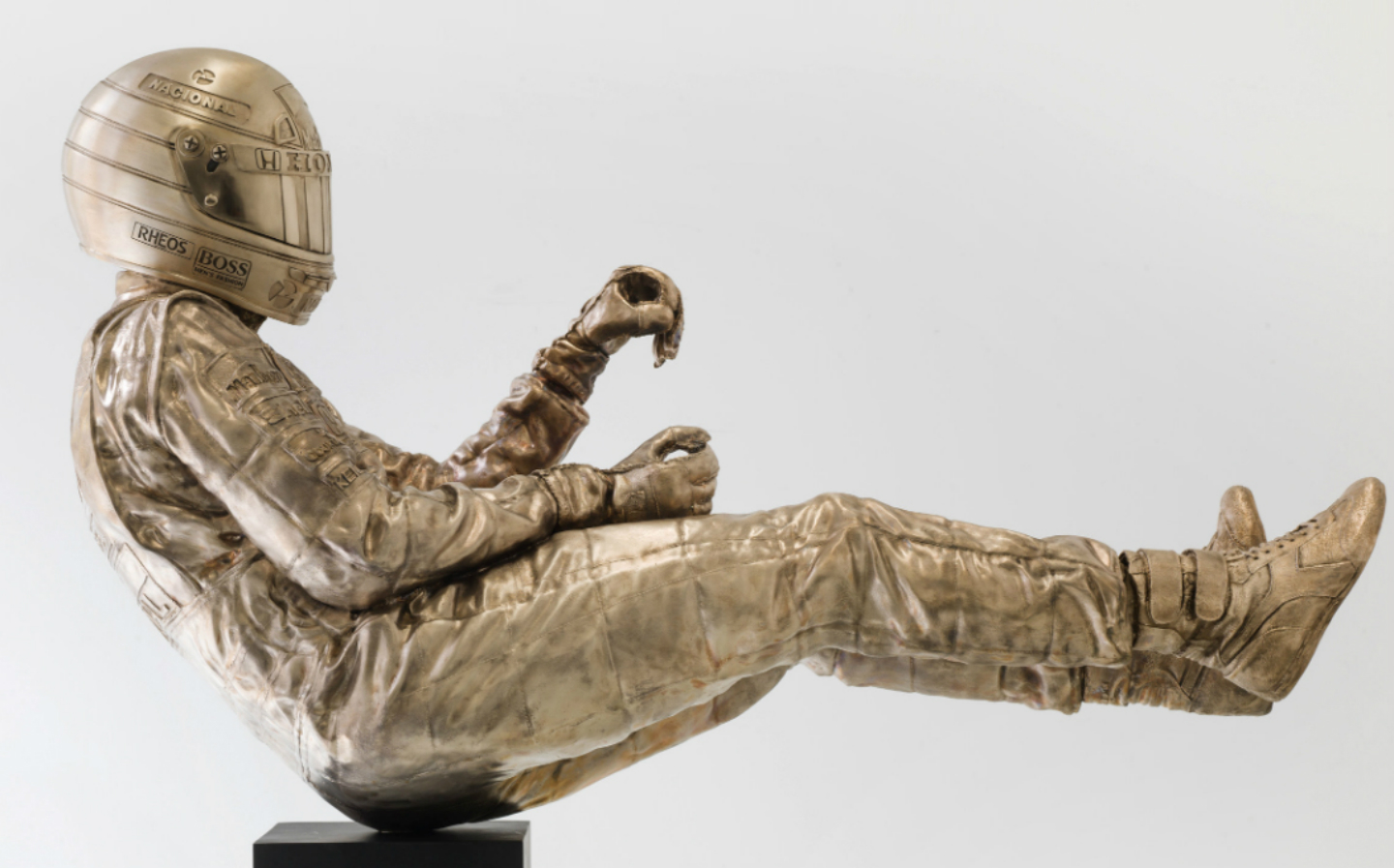 Currently on display at the Autosport International show in Birmingham, the 60kg statue has been cast from bronze using wax moulds and has reportedly taken its creator 12 months to complete.

Complementing the statue’s sheer size (it’s an imposing 2.4m long and 1.9m tall) is the equally impressive detailing. According to Oz, “hundreds” of images were used as reference for the 3D modelling, with the photos even being used to determine the exact size and placement of the stripes and sponsor decals on Senna’s racing helmets.

Perhaps the stand-out aspect of the artwork is the pose in which Senna is depicted. Oz says it represents the driver navigating the Belgian Spa circuit’s fast “Eau Rouge” uphill right-hander —  a turn Senna said was “the reason why I do this” in response to rumours an additional corner complex would be added before Eau Rouge to improve safety by slowing the cars down.

Considering how ambitious the project is, it’s not unsurprising that Paul Oz won’t be crafting many of the sculptures. Just three examples will be made, and two have already been allocated homes: one will be going to the McLaren Technology Centre in Woking (the statue depicts Ayrton Senna in his 1993 McLaren racing overalls), and another will be gifted to the Instituto Ayrton Senna foundation that was established shortly after the eponymous driver’s death at the 1994 San Marino Grand Prix.

That leaves just one Senna statue, which Oz is currently selling through Memento Exclusives. You’ll need a lot of spare change in order to own it, however, as the artwork is being listed for a considerable £199,000, of which 10% will be donated to the Instituto Ayrton Senna.

Additionally, Oz will craft 41 “wind tunnel size” bronze Senna sculptures, which are approximately 60% of the size of the life-size statue. They’re a quarter of the price of the full-size sculpture too, though that does mean they’ll set you back £49,000 a piece (again, 10% of the price will go to the Senna foundation).

Me and My Motor: Bruno Senna, racing driver