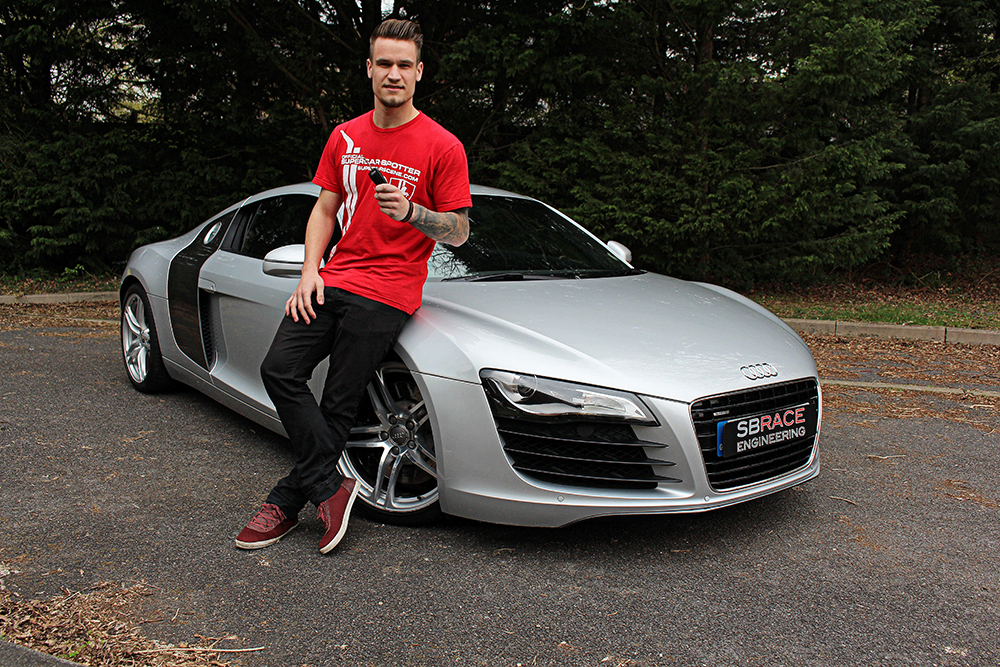 A 23-YEAR-OLD former student who began filming Bugattis and Ferraris on his mobile phone seven years ago, has made enough money showing videos on the internet to buy a £50,000 Audi R8.

Paul Wallace, of Watford, Hertfordshire, has posted almost 700 films of supercars being driven in London. They have been viewed 67m times, earning the former business studies student almost £70,000 in advertising revenue from YouTube.

One of his most popular films is of a Lamborghini Murcielago convertible being driven through a heavy downpour in London without its roof, which the car’s owner had, in a grave error of judgement, left in Saudi Arabia. To date, the 21sec film has attracted almost 12m views, earning Wallace £12,000.

Wallace’s interest in filming supercars couldn’t have more bizarre origins. His father had taken him to the Victoria and Albert museum as part of his GCSE art studies. As they waited to enter the museum the young Wallace saw two Aston Martins, which he promptly photographed.

Excited at the prospect of seeing more supercars like them, he persuaded a friend to go back to London with him the next day to film them on their mobile phones.

“I never looked back,” says Wallace. “I kept returning to film more cars, something I still do.”

Search for and buy a used Lamborghini on driving.co.uk

He kept up his filming while studying for a business degree at the University of Winchester. His lecturer was so enthusiastic about his work that he invested funds in Wallace’s fledgling production company created to make and publicise his films.

Today, Supercars of London has 55,000 subscribers to its YouTube channel, and is one of the most popular car sites of its type on the internet. Many of the cars are filmed in areas such as Kensington and Knightsbridge, in West London.

“Besides being one of the first to do this, my success lies in consistently posting new films,” says Wallace. “People see these cars in showrooms and on Top Gear, but my films of them being driven on streets bring them to life.”

He rejects the view that his films encourage the cars’ owners to drive recklessly in some of London’s busiest and most crowded streets.

“These people would drive like this whether I was there or not. In my time I have seen only one really serious piece of bad driving. I didn’t upload it, just as I don’t upload any film I think shows truly dangerous driving.” 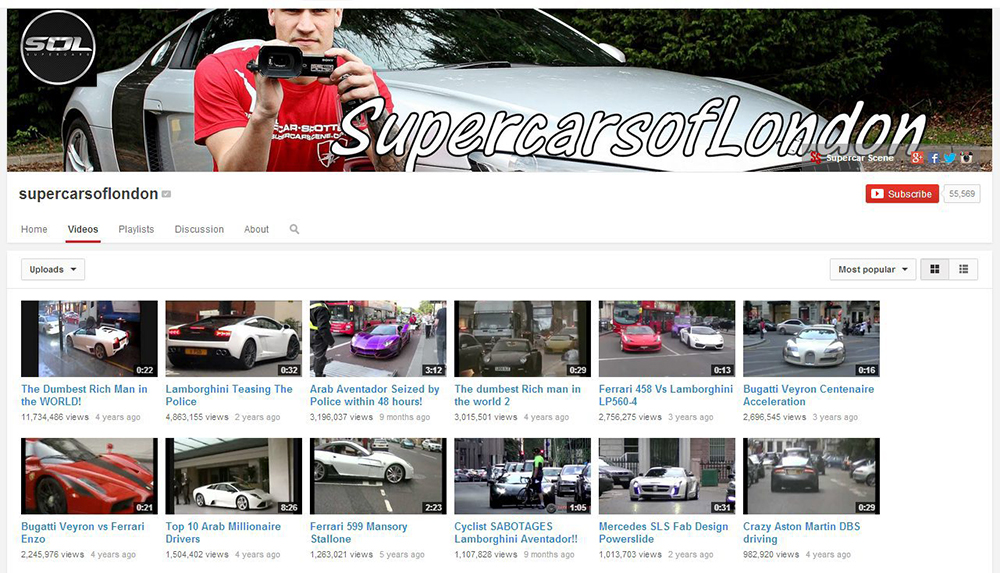 Wallace says that YouTube pays him £1 in advertising revenue for every 1,000 views. As a result, he has earned almost £70,000 from his films. He still lives at home with his mother but instead of buying a flat with his earnings, the young entrepreneur has spent £50,000 of them on a six-year-old Audi R8. He says the car is for publicity and that buying it also means he will no longer have to borrow his mum’s old Ford Focus for filming assignments.

“The R8 is my dream car,” he says. “I will get it vinyl wrapped and branded, and then people will be filming me!”

Paul Wallace chooses a few of his favourite films…