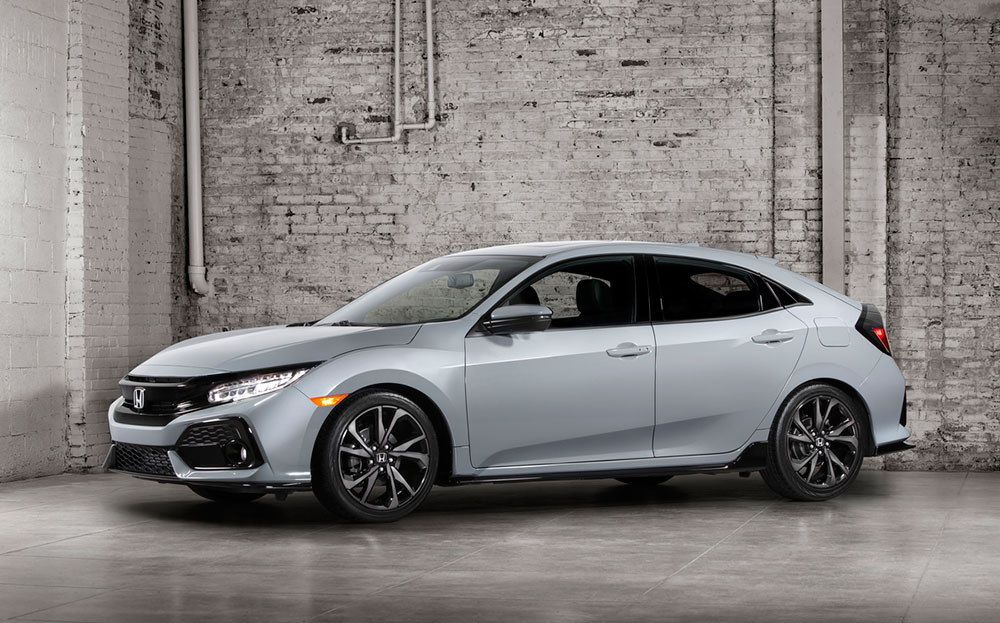 HAS HONDA scored a perfect 10 with its new Civic? It’s hard to believe that this new model is the 10th generation of the humble, British-built hatchback.

Pictures have been released in America, where the new version of the family hatchback is due to reach showrooms in September. British Civic fans will have to wait until next February to get their hands on one.

Since its launch in 1972, the Civic has been a great success for Honda, but the Japanese manufacturer wants to tempt young drivers away from rivals such as the Volkswagen Golf. It has accordingly given the car an “assertive stance and provocative new design”. These first images show a more muscular Civic than the outgoing one; let’s hope Honda delivers on the driving experience too.

The Mk 10 Honda Civic five-door hatch will be built in Swindon and exported worldwide – Honda has invested £215m in the plant to make sure it can cope with demand. 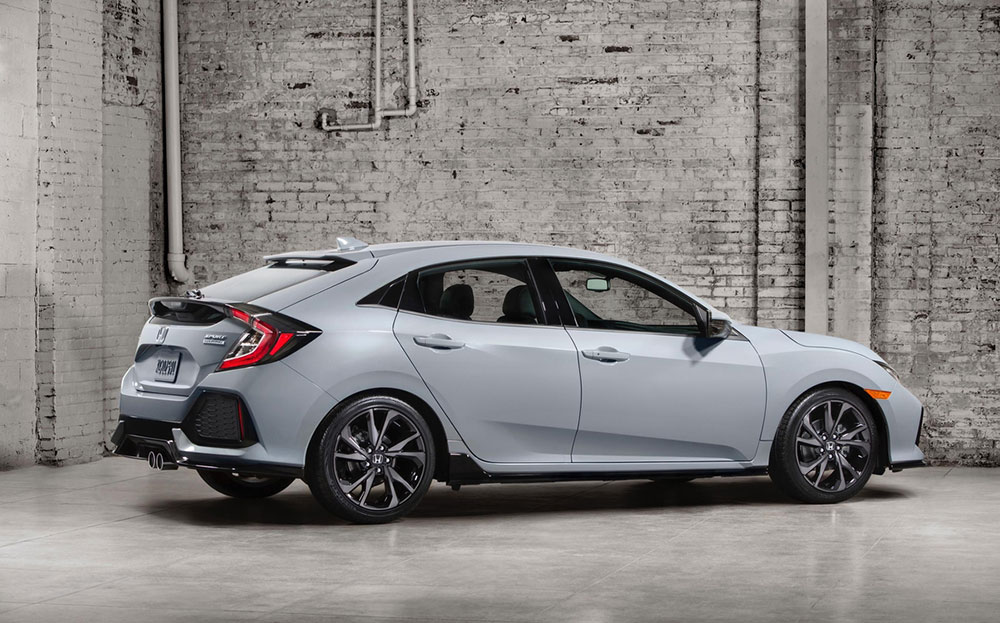 The company has been tight-lipped about the spec. We expect a 1.5-litre turbocharged petrol unit with an output of about 180bhp and the choice of a six-speed manual gearbox or continuously variable transmission, as well as Honda’s new little 1-litre three-cylinder turbo petrol.

The 1.6-litre diesel engine has proved popular with buyers of the current Civic, and Honda won’t be expecting that to change with the new model. While the engine is being carried over, it’s had an overhaul, so expect more power than the current 120bhp and improvements on the fuel economy of 76.3mpg and CO2 emissions of 98g/km. 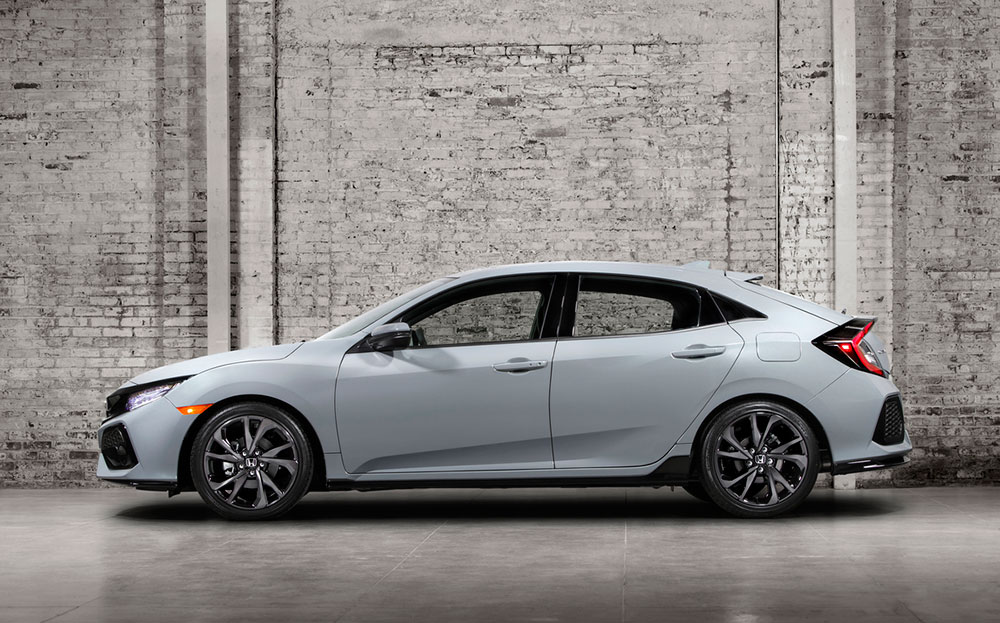 The Civic is one of the most practical cars in its class, and Honda aims to build on that: the new model is 30mm wider and 130mm longer. It will continue to feature the Magic Seat in the back of the cabin, which flips up like a theatre chair to offer additional carrying capacity for bikes or plant pots.

To maintain the Civic’s wide appeal, Honda will also give us Tourer and Type R versions, although the latter is likely to be a long way into the future — the current one reached showrooms just a year ago.