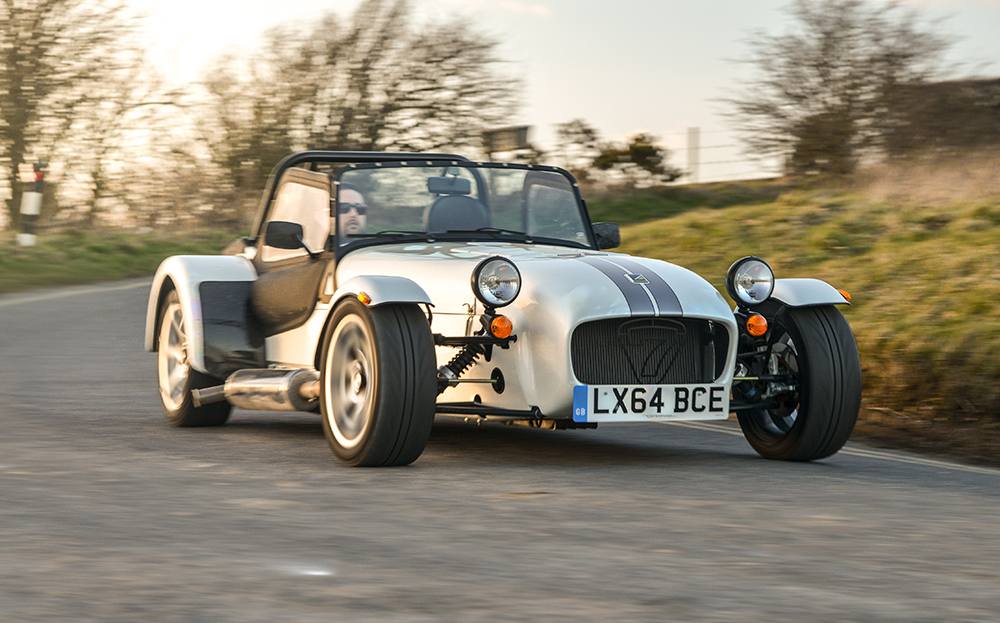 THE CRESCENDO of “oohs” and “aahs” swells as amazing mountains and lochs are revealed on every turn of this 500-mile lap of A-roads on the north coast of Scotland. The locals half-jokingly refer to this looping journey as “Route 500”. Hardly a Route 66-style trip, but think of evocative road races such as the Targa Florio and La Carrera Panamericana and you have a flavour of the terrain and the nature of the roads.

There are varying degrees of stunning scenery to revel in: from peat bog to lush pastoral, bleak bothy to grand baronial. Getting there is not a particularly daunting journey for a southerner. We left Norwich at 3am and by teatime we were at Inverness, as good a start point as any to embark on Route 500.

The lap begins at Tore, a roundabout on the Black Isle, where we take the A9 towards Cromarty Firth, noting Nigg, where oil rigs go to die. We cross the sandbanked Dornoch Firth and head up the east coast, past Helmsdale’s harbour and Wick’s cliffs, featuring the medieval Sinclair Girnigoe castle, then dropping down to John o’ Groats.

Here we go west across the anvil top of Scotland on the A836, pausing at vertiginous Dunnet Head, the furthest northern point of the British mainland, and on via greystone Thurso and estuarine Tongue, where we lap up the coastline as we cross the 2.5-mile causeway. We stop off at Durness for a picnic on the beach at Balnakeil, treating ourselves to mugs of hot chocolate at the Cocoa Mountain cafe in a flourishing artists’ commune. 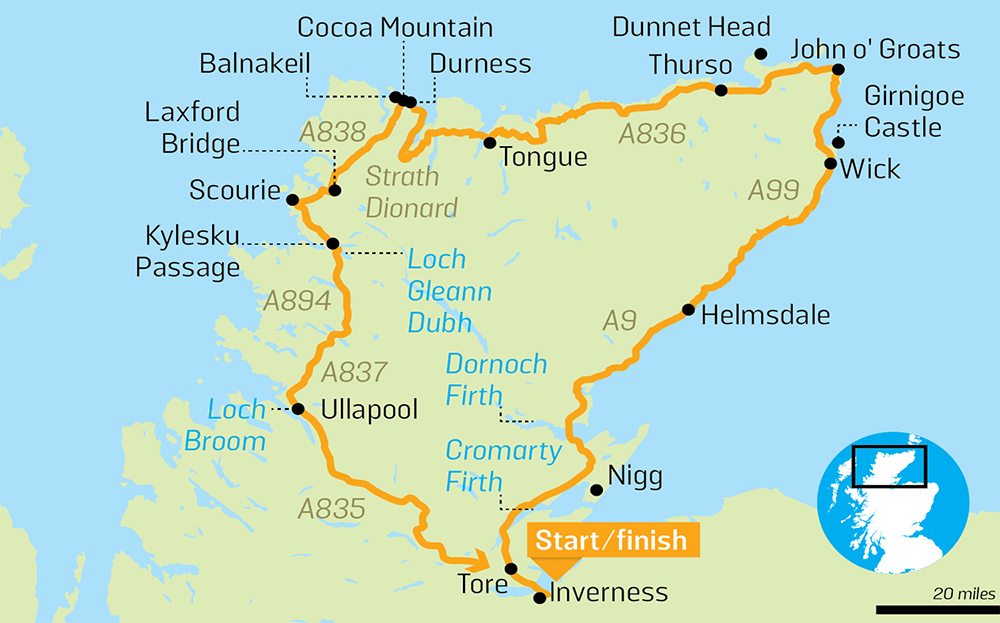 But it’s when the road heads south from Durness that the wow factor really kicks in. Set against intersecting mountain ranges, growing hazier into the distance, the A838 meanders through Strath Dionard, fortunately with sufficient passing places to allow motoring continuity — not that there’s much traffic apart from bikes and a few continental campers.

At Laxford Bridge the A838 goes over the moors beside Loch Shin to Lairg. Shunning that moorland shortcut back to Inverness, we continue south on the A894. Now the two-lane blacktop is a truly marvellous ribbon of cambers and corners, passing up and down between hills as the dramatic landscape unfolds. It’s got everything, from sweeping, swooping bends to hairpins — possibly the best driving roads in the country.

After bridging the Kylesku Passage we approach Ullapool, a jewel of a fishing and ferry port on Loch Broom, which serves as a convenient watering hole before taking the A835 back to Inverness. You can see magnificent scenery in many countries, but nothing to beat the variety and drama of Route 500.

The car to drive: A Caterham Seven, hired from highlandcaterhamhire.co.uk
On the stereo: I’m Gonna Be (500 Miles) by the Proclaimers
Where to stay: The Scourie Hotel, Sutherland, an old coaching inn with a great menu (scouriehotel.com)