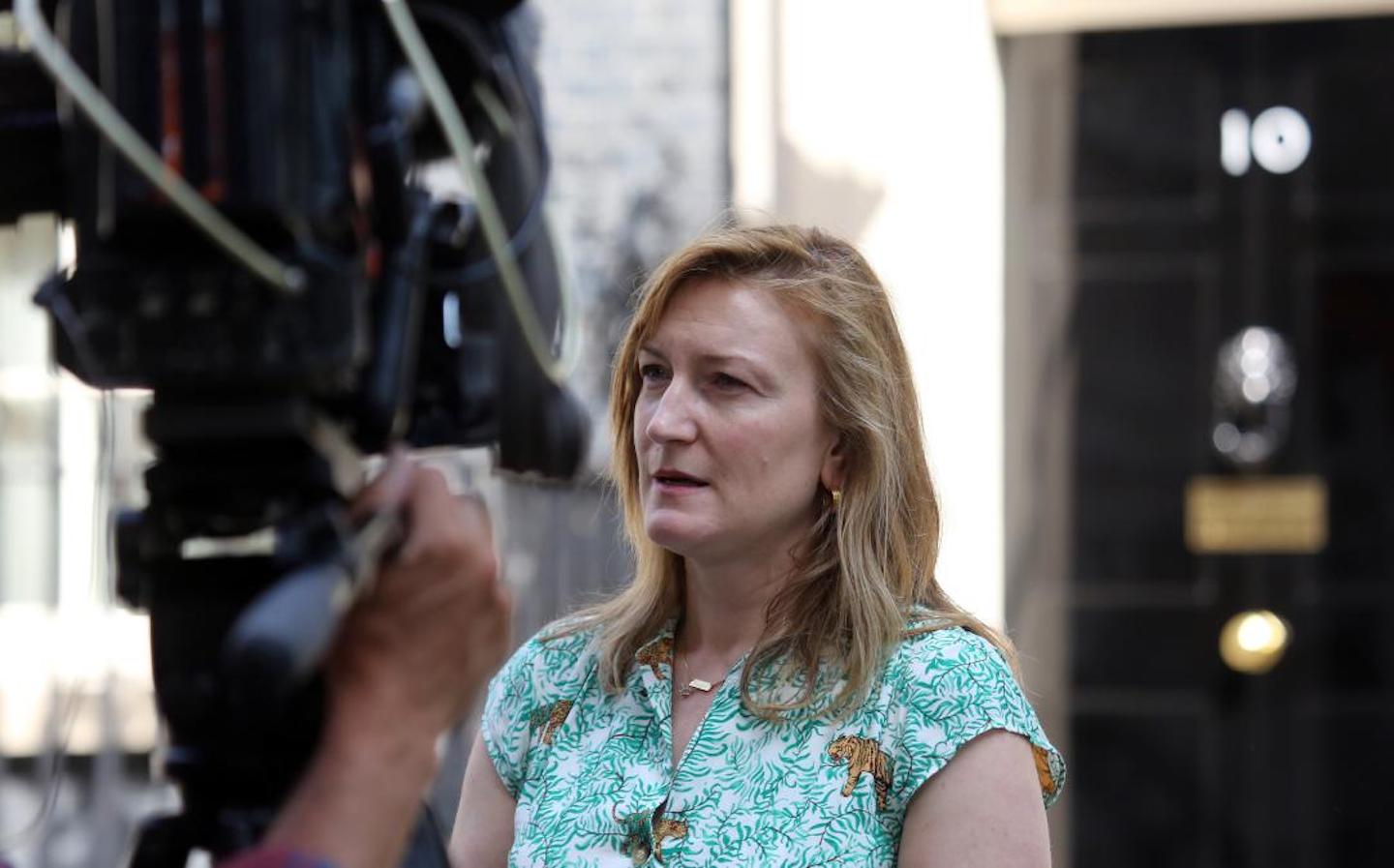 THE GOVERNMENT’S climate spokesperson has stunned environmentalists and been accused of perpetuating electric car myths by admitting that she intends to hang on to her old diesel-engined Volkswagen Golf, instead of switching to electric cars.

Allegra Stratton told Times Radio that she doesn’t want an electric car just yet because she needs to drive to her children to their grandparents from time to time, “who are mostly 200, 250 miles away.”

She said: “Right now, if I had one, any of those journeys to my dad in south Scotland, my mum in Gloucestershire, my in-laws in the Lake District and my gran in north Wales, they’re all journeys that I think would be at least one quite long stop to charge.

“And my kids are seven and four and I don’t fancy it just yet. Sometimes when you’ve got a four-year-old in the car, they’re asleep and you just want to keep going to get there because you know, if they wake up they’ll want the loo, they’ll want food, they might be feeling carsick and so on.”

Stratton said her son has tried to convince her to go electric, and that she would be willing to do so once “the stop times for recharging improve so much that it’s half an hour”.

The comments have been treated with derision by motoring groups and electric vehicle operators.

Toddington Harper, chief executive of Gridserve, which operates public rapid chargers, said: “There are a lot of myths surrounding electric vehicle charging, but the truth is, it can be just as convenient as using a traditional petrol station and drivers should have the confidence to make the switch today — we would welcome meeting with Allegra to demonstrate all the latest technology first-hand.

“It’s great to hear that Allegra is looking forward to the day when recharge times can come down to only half an hour, as this is already the case with our chargers. Last week, across the Gridserve Electric Highway network we charged over 7,000 electric vehicles, and the average charging time was only half an hour”.

The AA’s president, Edmund King, said: “Unfortunately too many views on EVs are myth, based on hype and unwarranted range anxiety. Even on a rare journey of over 200 miles the driver should stop to take a break anyway for road safety reasons, so why not combine it with a rapid charge that takes just 20 minutes to go from a quarter charge to over 80%?”

The British government has set a target of 68% reduction of emissions by 2030 and 78% by 2035. Its goal is for net-zero emissions by 2050. It has announced that the sale of new petrol and diesel cars will be banned from 2030, to force motorists into electric vehicles.

Stratton suggested in a BBC Radio interview recently that 2050 is “too far away” for that target and that people should “feel the fierce urgency of now” when it comes to changing their lifestyle choices in the name of slowing climate change.