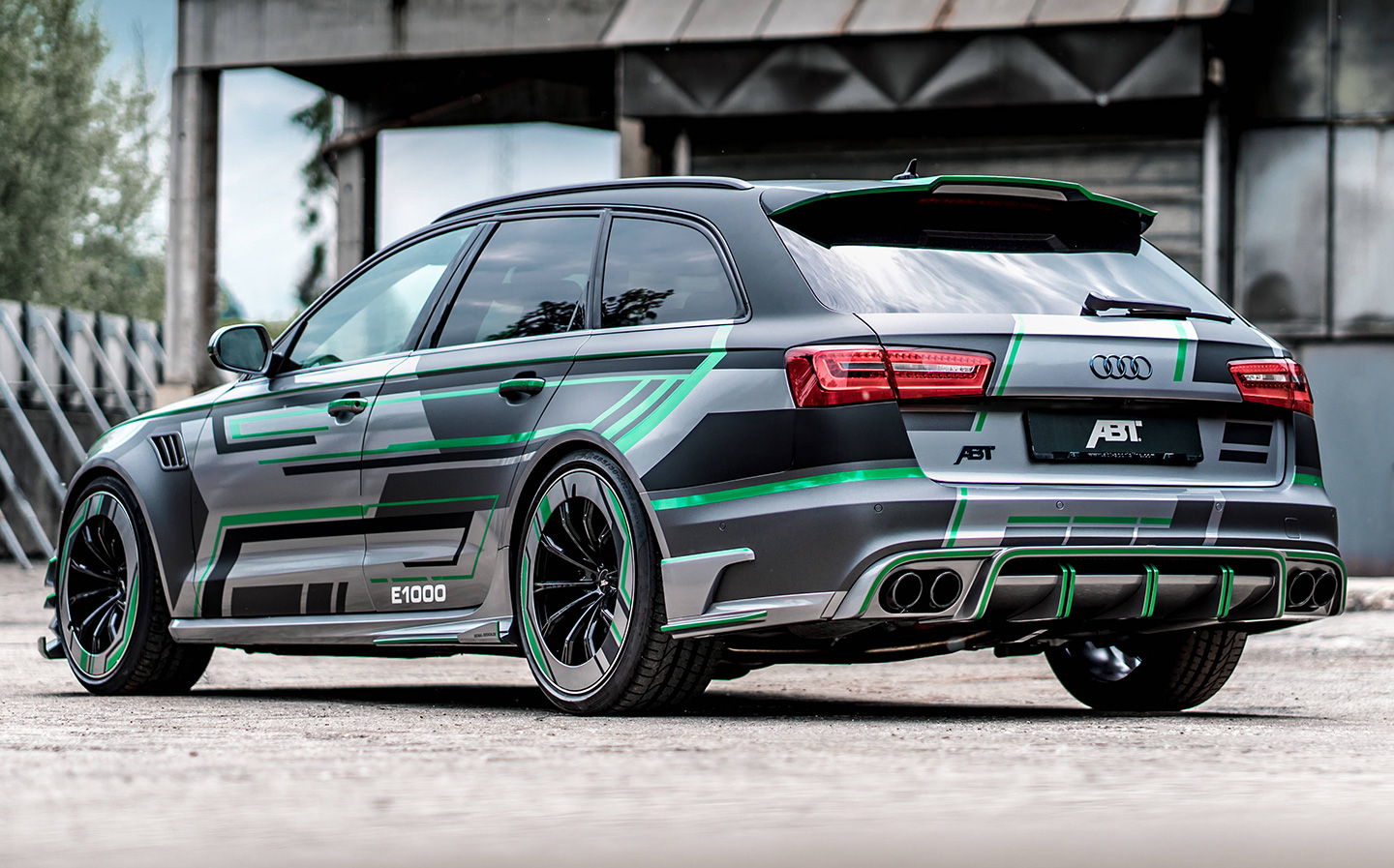 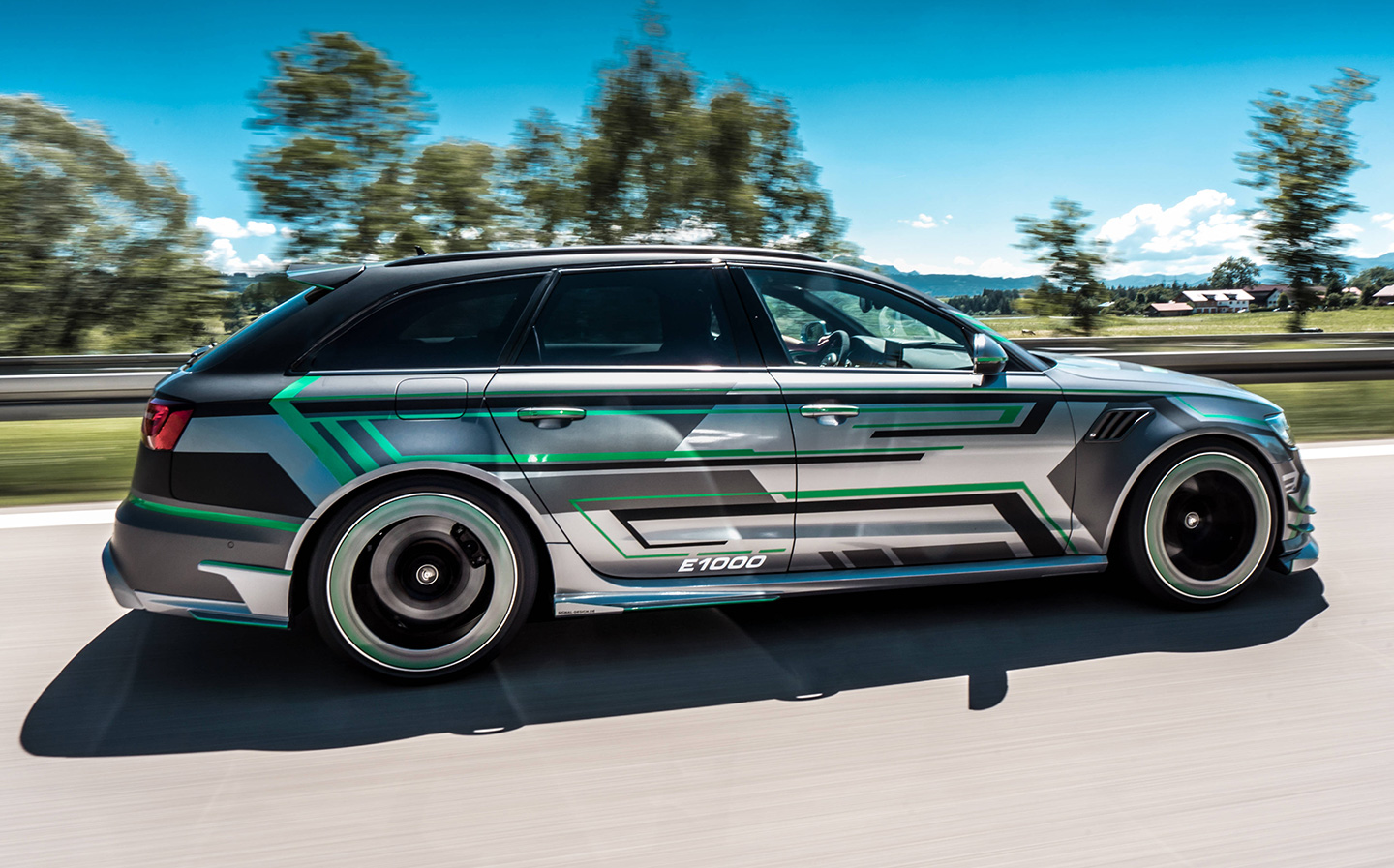 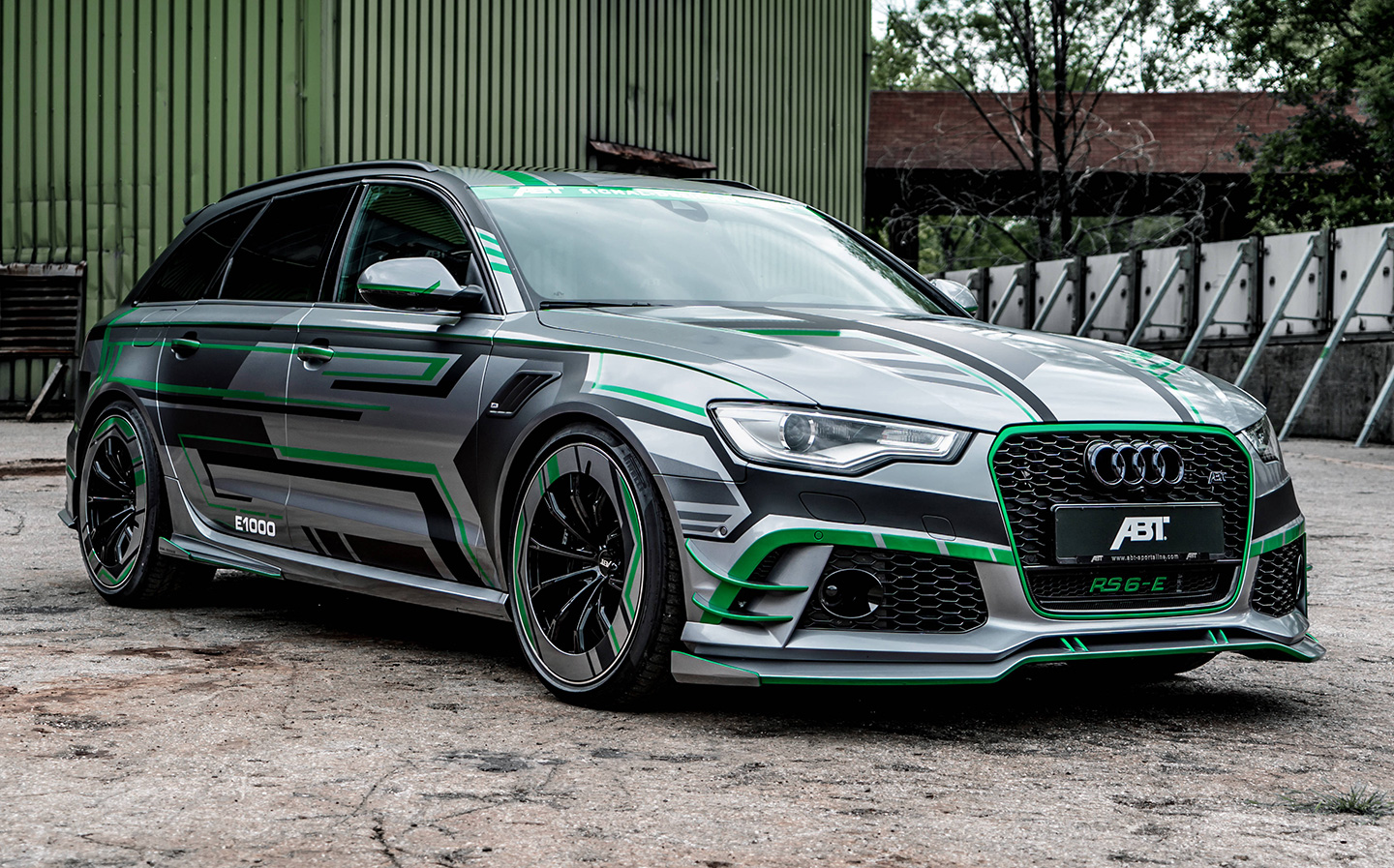 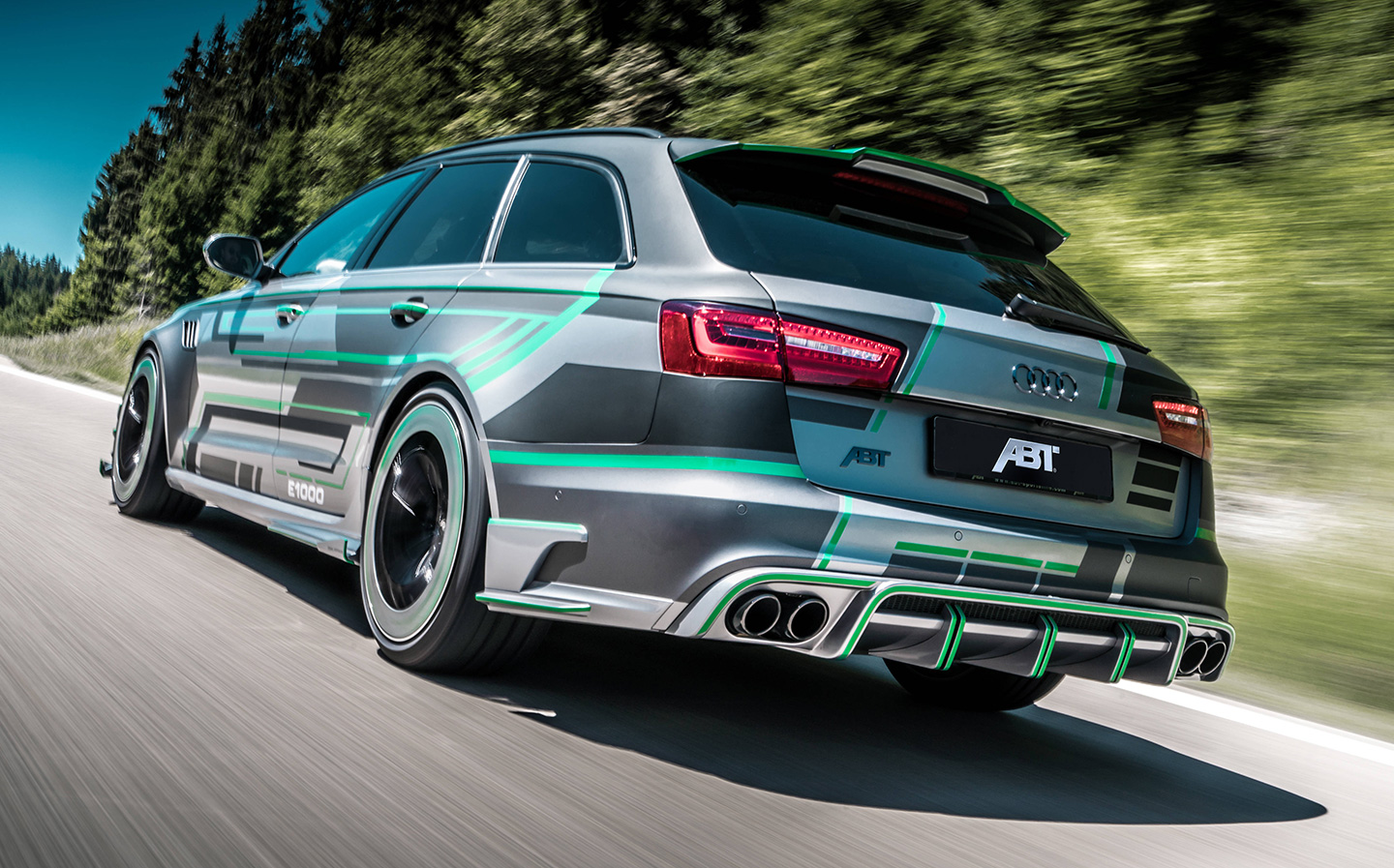 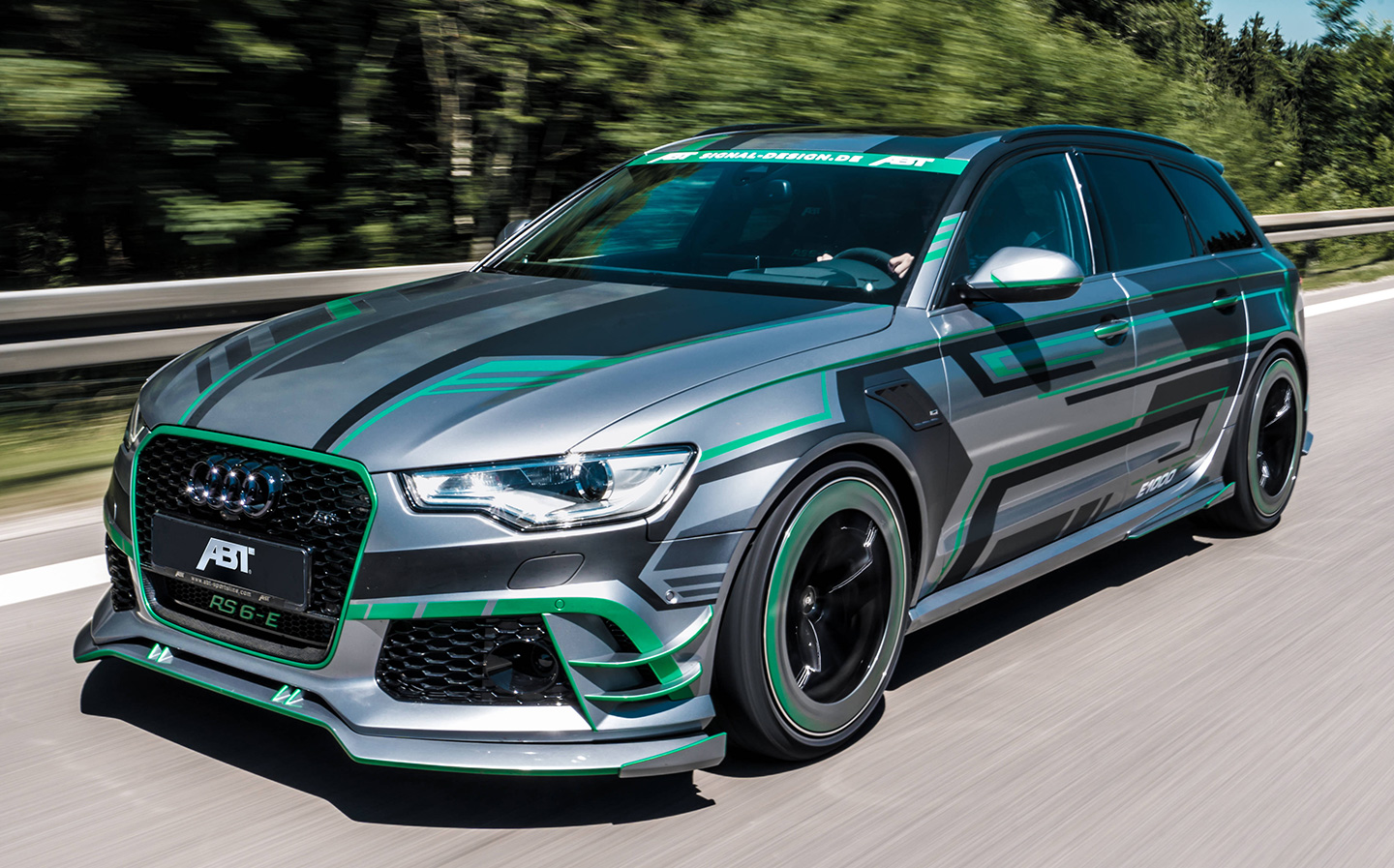 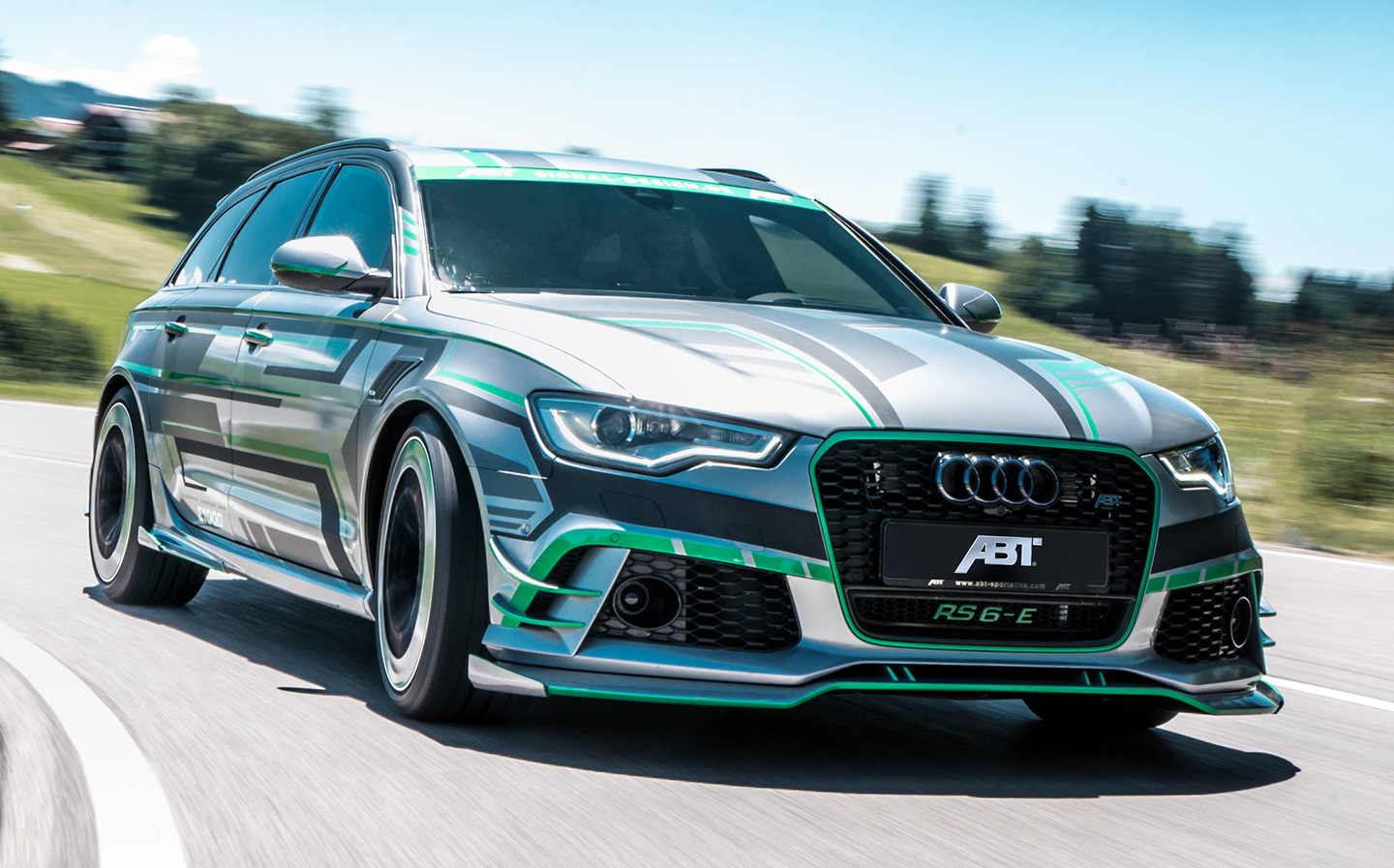 THE GERMAN tuning firm Abt Sportsline has unveiled one of its most extreme cars ever: an Audi RS6 Avant that produces over 1,000bhp.

The standard road car’s 4-litre turbocharged V8 engine has a computer remap that boosts power from 600bhp to 720bhp, with an electric motor sending an additional 284bhp to the wheels when the driver presses a ‘Magic Button’ on the steering wheel.

The combined powertrain results in a combined output of 1,004bhp and an equally outrageous 952 lb ft of torque — enough to beat many a supercar in a game of Top Trumps.

Perhaps the only aspect of the Abt RS6-E that isn’t startling is the revelation that it’s a mighty fast piece of kit. Abt claims the car is capable of a 198mph top speed, with the sprint to 62mph from a standstill taking just 3.3 seconds.

If that doesn’t sound quite as ludicrous as it should, that’s because the acceleration time was completed purely on petrol power; the electric motor’s boost can only be deployed at speeds above 62mph.

Abt tweaks continue with some striking exterior changes. As well as the circuit-board-inspired wrap design, the RS6-E features an aggressive aero package that not only add another layer of menace to the aesthetics but also endow the car with much-needed downforce.

Being a prototype, Abt Sportsline won’t be offering the RS6-E’s upgrades to customers. However, there is a good chance we’ll see similar advancements on future Abt products: the company currently participates in the Formula E series as Audi’s technical partner, and the incoming wave of electrified Audi road cars meaning it’s only a matter of time before Abt starts turning the wick up with electric motors on production cars.