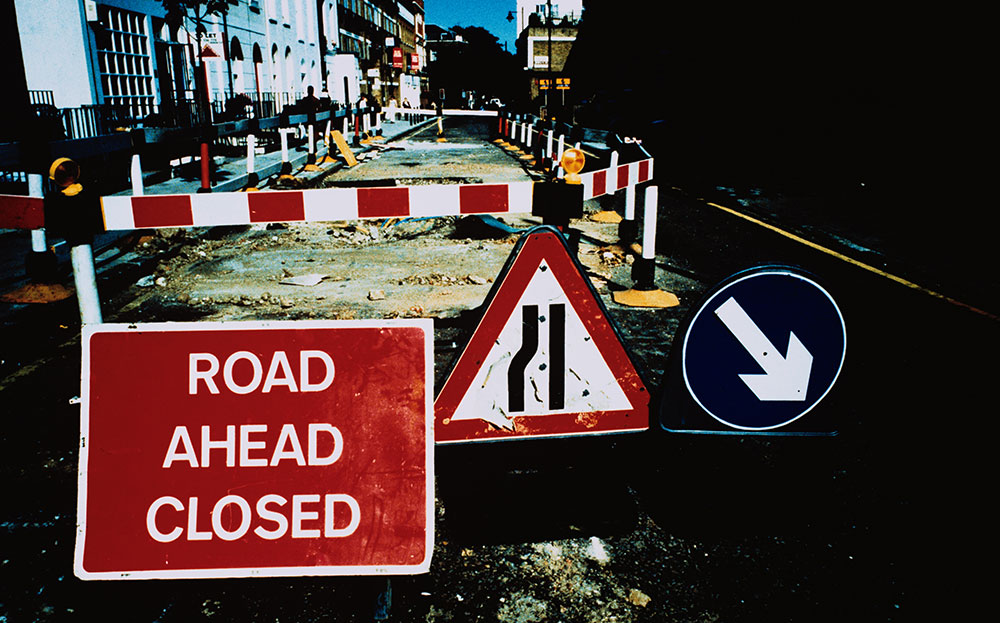 MOTORISTS IN Suffolk are being driven round the bend by council workers who have created an elaborate 18-mile diversion while repairs are carried out to a stretch of road less than two miles long.

The repairs are taking place on the B1078, just south of Stowmarket, which has been closed completely to traffic between Parson’s Lane and the junction with Willisham Road for a month. The diversion, which takes drivers on a lengthy loop of the Suffolk countryside, is claimed to be one of the longest ever created.

One motorist, Richard Goss, said: “The road can’t be that impassable — the fire brigade tweeted earlier this week thanking the contractors for moving out of the way to let a fire engine answering a 999 call through.”

A spokesman for Suffolk Highways said that the diversionary route had to use main roads rather than shorter routes on minor roads because of the “type of traffic”.