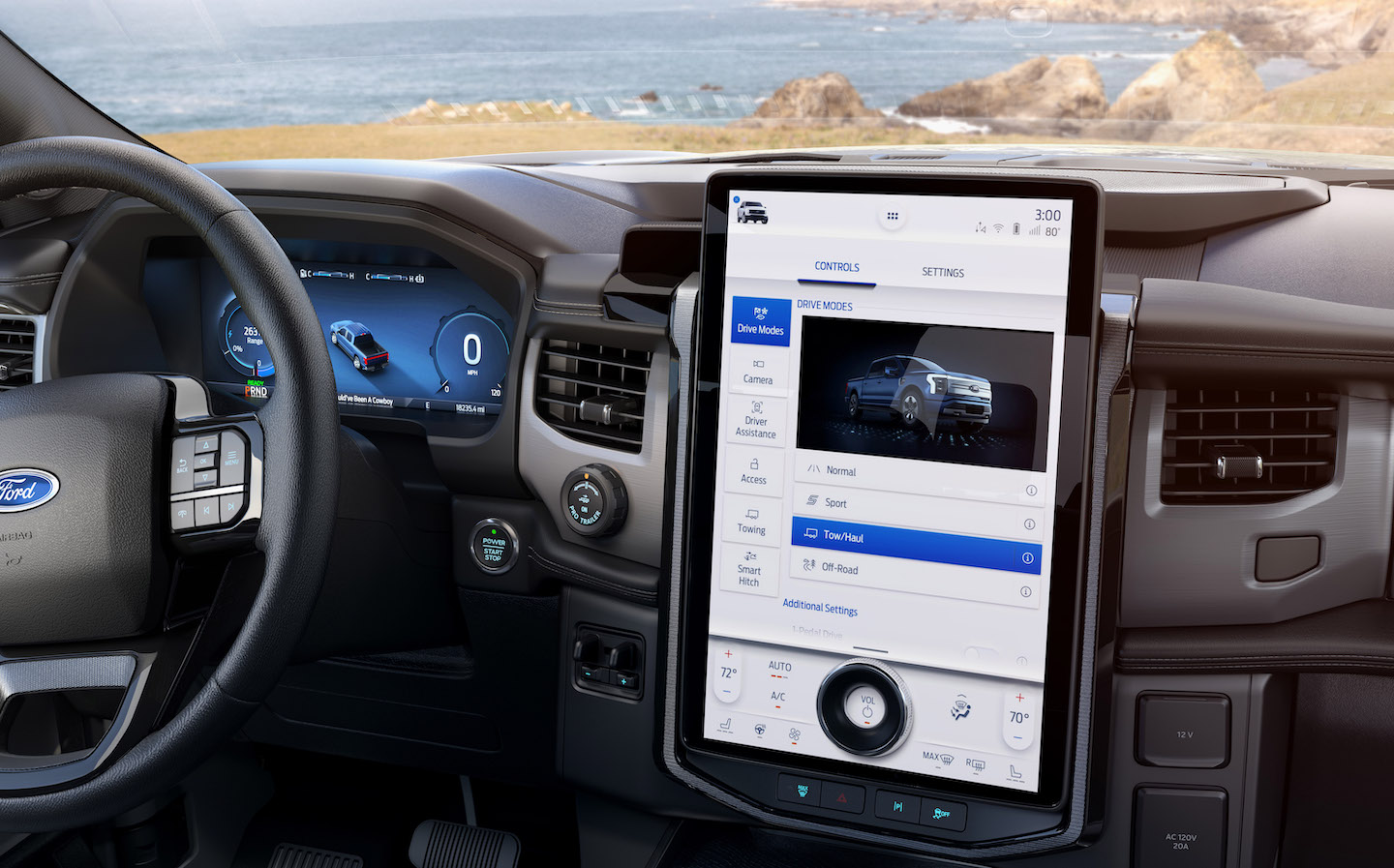 The Ford F-150 Lightning electric pickup, due for launch in the United States next week, will feature in-built video games that passengers can play through the vehicle’s infotainment screen.

Darren Palmer, Ford’s global vice-president of electric vehicle programmes, posted a video to LinkedIn with the caption: “Some cute little games now on the F-150 Lightning. Proving a hit with my kids in final testing.”

The game features simple graphics with an overhead view of a Ford vehicle driving at speed down a four-lane motorway collecting points or tokens as it weaves in and out of traffic made up entirely of other Ford vehicles. Palmer’s use of the plural “games” implies that there may be more than one available at the Lightning’s launch.

Ford’s inclusion of video games as part of the Lightning’s multimedia package represents an unashamed leaf taken out of Tesla’s book, something which the company’s CEO Jim Farley has, in the past, been open about.

Palmer said that the video game would only be playable when the vehicle was in Park, thus avoiding the regulatory wrath Tesla incurred when it introduced a suite of video games on its Model 3.

According to the National Highway Transportation Safety Agency in the US, the driver could play those games when the vehicle was in motion. Tesla was forced to remedy the situation via an over-the-air update ensuring that people could only play the games when the car was parked.

Tesla wasn’t alone, however, with Mercedes also similarly compelled to prevent the suite of games included as part of the infotainment system on its EQS model from being playable while the vehicle was in motion.

The news from Ford prompts the question of the legal status of video games in light of greater vehicle autonomy going into the future.

The UK government has announced changes to the Highway Code due to go into effect from the summer allowing motorists in self-driving cars to watch videos on their cars’ screens.

No mention has yet been made of other activities such as playing video games or reading a newspaper, while the use of handheld devices such as mobile phones or tablets will remain illegal.

As the games on the new Lightning will not be playable while the vehicle is in motion, Ford has, for the time being, side-stepped that particular issue. What it can’t side-step is just how important a vehicle the electric version of its F-150 pickup is for the firm.

The F-150 is one of the best-selling vehicles of all time. While the Lightning moniker once applied to high-performance versions of the F-150 built by Ford’s Special Vehicle Operations, it’s now attached to its first pure-electric pickup.

The Lightning will feature, as standard, a large 98kWh battery pack promising a range of around 230 miles, though an even bigger 131kWh battery will be available as an option.

With its twin motors and all-wheel drive, the Lightning should, according to Ford, make the 0-60mph dash in under five seconds, entirely justifying its Lightning nameplate by being the fastest F-Series to date — faster, even, than Ford’s V8-powered F-150 Raptor 37.

The F-150 Lightning isn’t the first pure-electric pick-up to hit the market in the United States; that accolade goes to the R1T that Rivian launched last year.

Crucially, though Tesla may have been among the first to market with on-board video games, its Cybertruck pick-up still looks to be a long way off, so Ford will likely launch the first electric pick-up with video games built in.