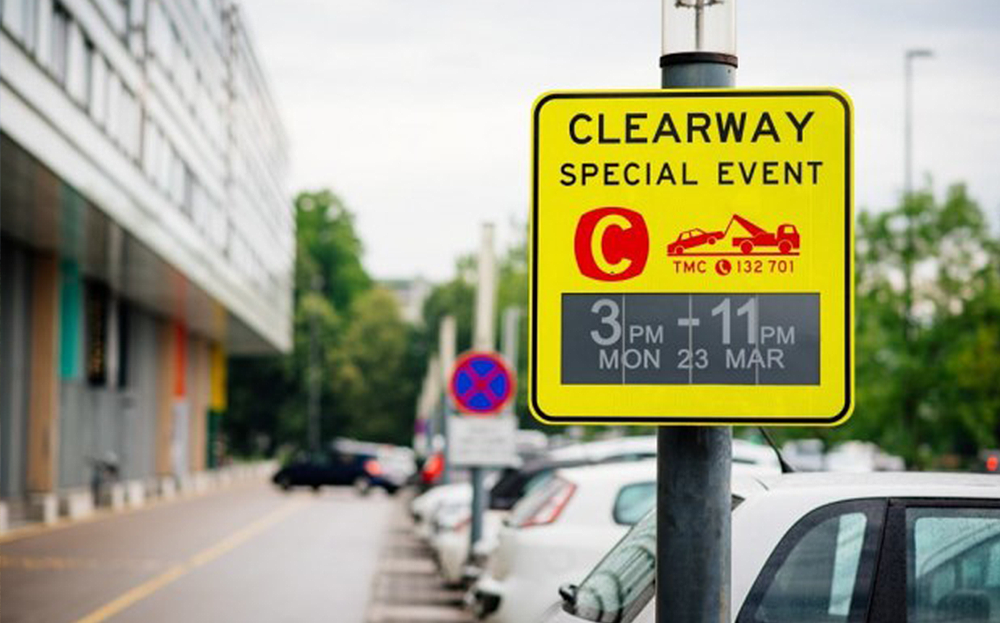 A NEW type of traffic sign that uses the same digital display technology as found in e-readers, such as the Amazon Kindle, has been launched in Sydney, Australia.

The signs are used to show changes in parking restrictions, for instance during times of special events such as markets and sports matches. Connected wirelessly to the Australian Road and Maritime Services (RMS) control centre, the messages can be changed instantly over a 3G network, which ends the need for fixed signs with complicated messages to cover all events, as well as temporary signs, which require fitting before and removal after events.

As Kindle readers will know, E ink’s major advantage over LCD displays (as found on mobile phones and tablets) is that they are easily readable in bright light. They also require only tiny amounts of energy and will work during powercuts, as static messages draw zero power, according to RMS. Each sign is powered by a small solar panel and a low light sensor switches on the front panel light at night.

Visionect, the manufacturer, says anti-tamper technology with location information has been developed, enabling road services to react quickly should any of the signs become damaged.

At the time of publishing, it is not understood whether or not there has been any interest from UK authorities; Driving will update the story should we receive any information in this regard.