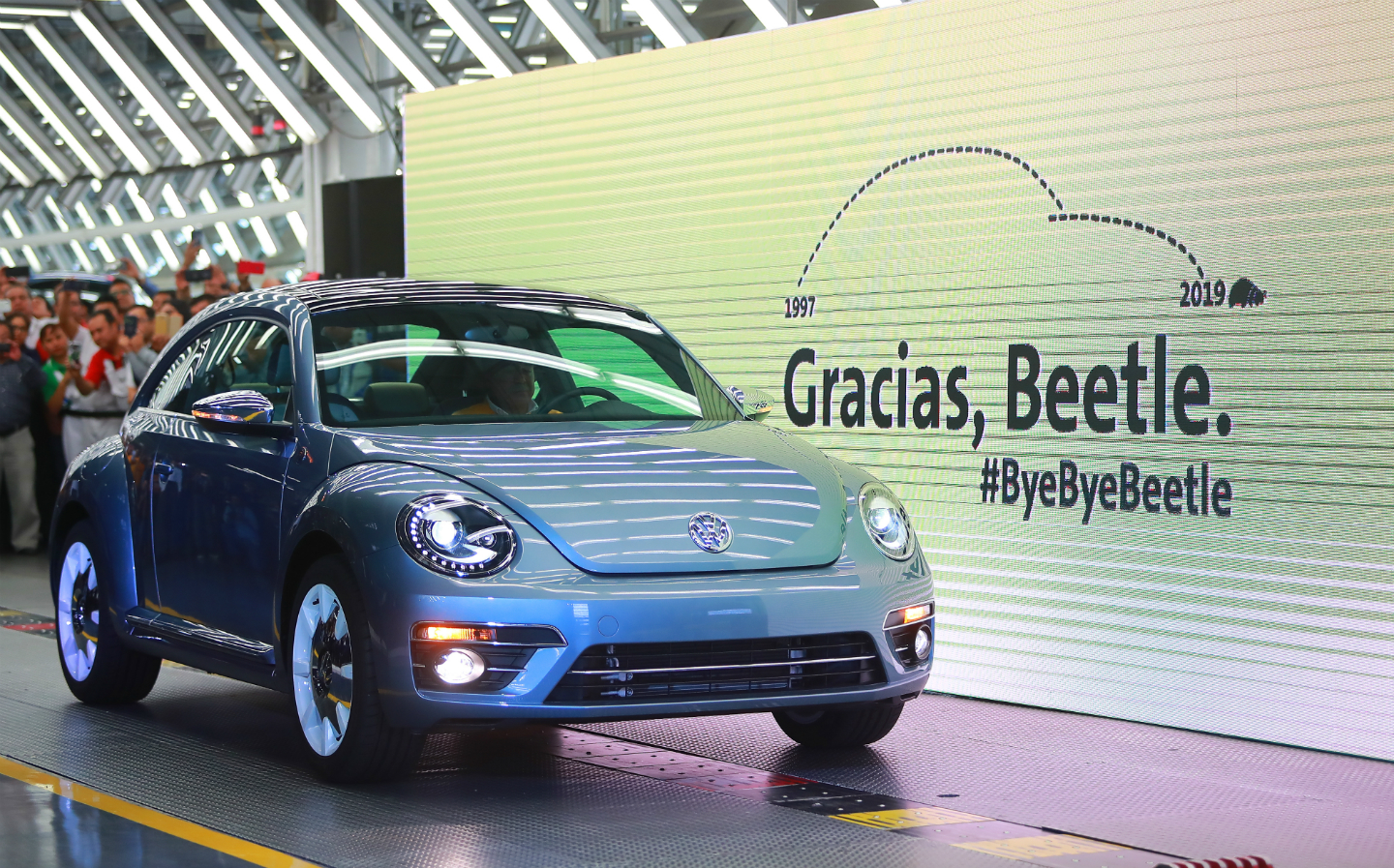 VOLKSWAGEN is entering a new era as a car maker: for the first time since it restarted production after the Second World War, it won’t have a Beetle in its model range.

Though the third-generation model you see here is only loosely connected to the original “people’s car”, the retirement of the long-running model brings to an end VW’s 81 year run of on-and-off Beetle production.

It also brings to a halt — temporarily, at least — one of the largest production runs for a single nameplate ever. According to Volkswagen, some 23.2m Beetles across all three generations have been built over the decades, of which 21.5m were the iconic first-generation model that went out of production in 2003.

While VW is seemingly still open to building new cars inspired by its iconic older models (a pure-electric MPV inspired by the original campervan will enter production in 2022), the Beetle isn’t set to make a return anytime soon. Instead of building a fourth-generation version, the car maker will retool the former Beetle factory in Mexico for a far different model: a Volkswagen T-Roc-sized compact SUV for the North American market.

Since it’s bringing a pretty pivotal chapter for Volkswagen to a close, it’s perhaps no surprise the Beetle you see here isn’t destined for a private buyer. Instead, the retro hatchback will be displayed in Volkswagen’s museum in Mexico; a stone’s throw away from the plant in Puebla at which it was built.

Given North America’s affinity with the Beetle (nearly five million examples of the first-generation model were sold in the US), the last two Beetles heading to the States will also be preserved in perpetuity. Instead of a museum exhibit, though, Volkswagen of America will preserve the pair as part of its heritage vehicle collection.