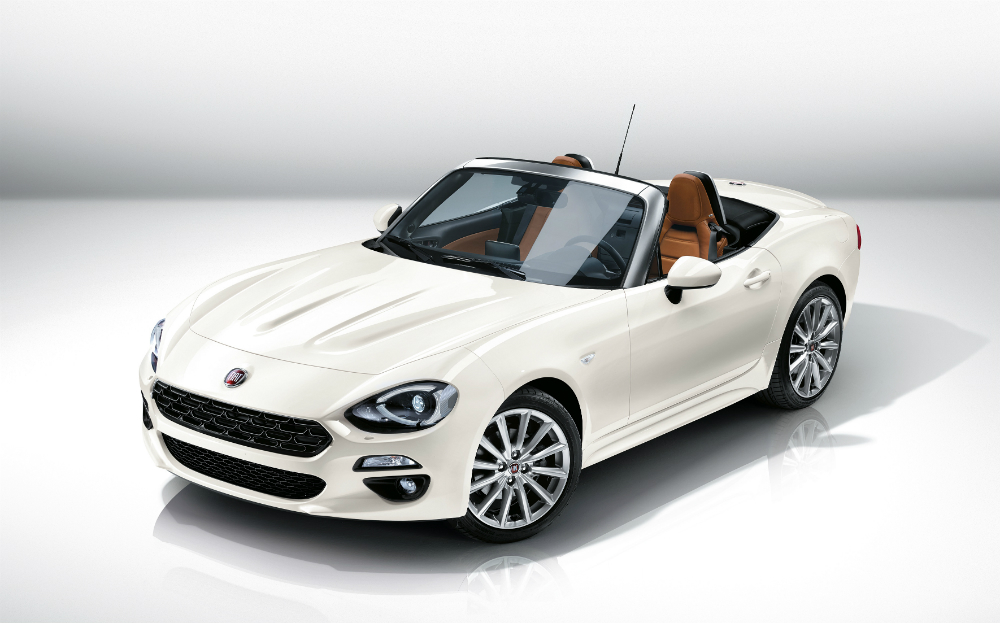 WHAT BETTER place to launch a sun-seeking two-seat roadster than under the blue skies and palm tress of Los Angeles? Fiat resurrected a name from its past, 124 Spider, for its new roadster, which is based on the Mazda MX-5 and will cost around £20,000 when it goes on sale next year.

The company stopped selling the original version in the early 1980s, and its cute Barchetta soft-top drove off into the sunset in 2005. Many drivers will be pleased to see the Italian company return to making roadsters. 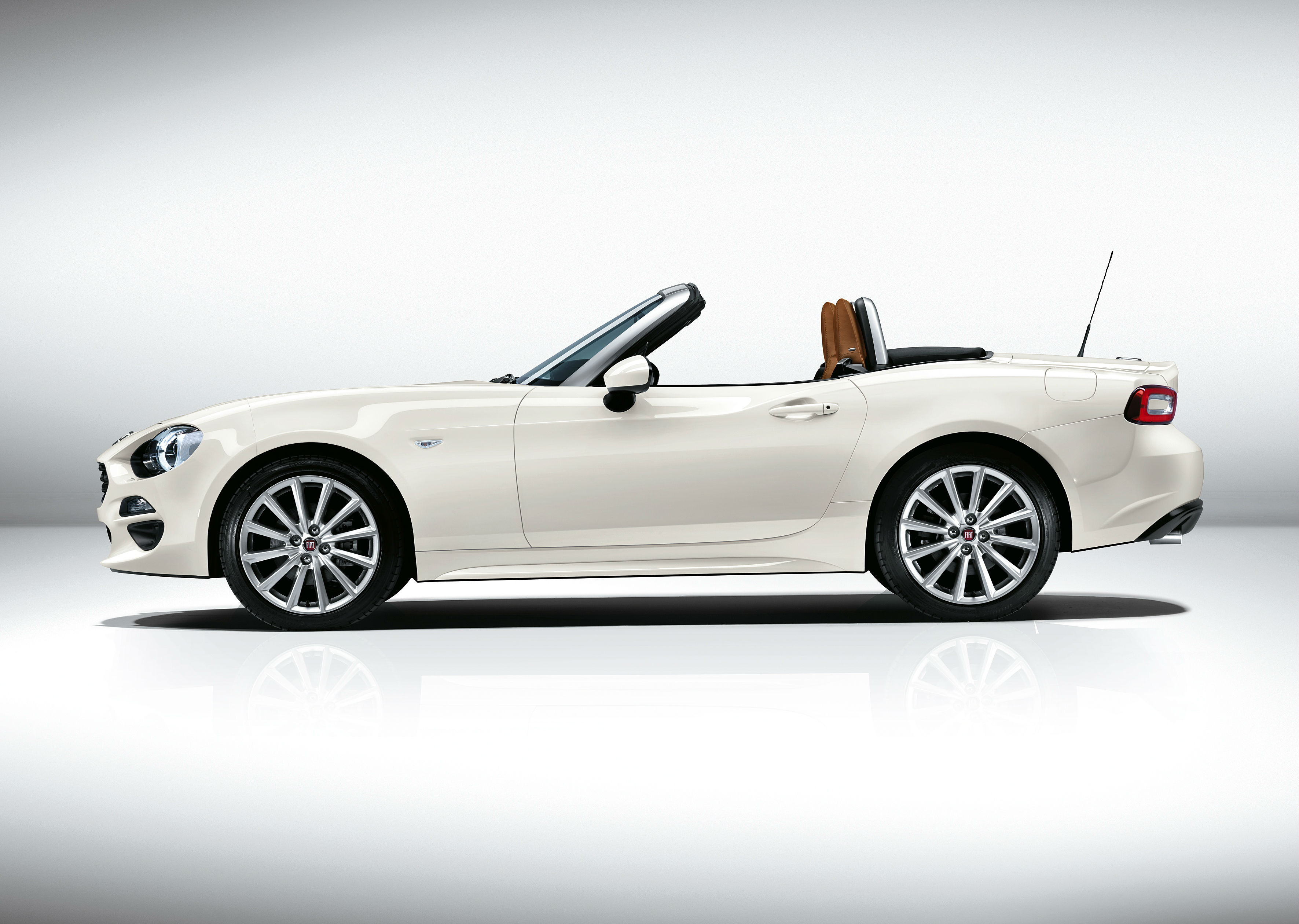 The 124 Spider will go on sale in Britain towards the end of next summer. What will drivers get? Well, it has promising ingredients: it’s based on the rear-wheel-drive platform of the highly regarded Mazda MX-5; the engine will be a 1.4-litre four-cylinder turbocharged unit with 138bhp (a more powerful version may follow, which rumours suggest will be sold as an Abarth); and it gets a six-speed manual gearbox. The manually operated roof can be opened and closed in a couple of seconds. 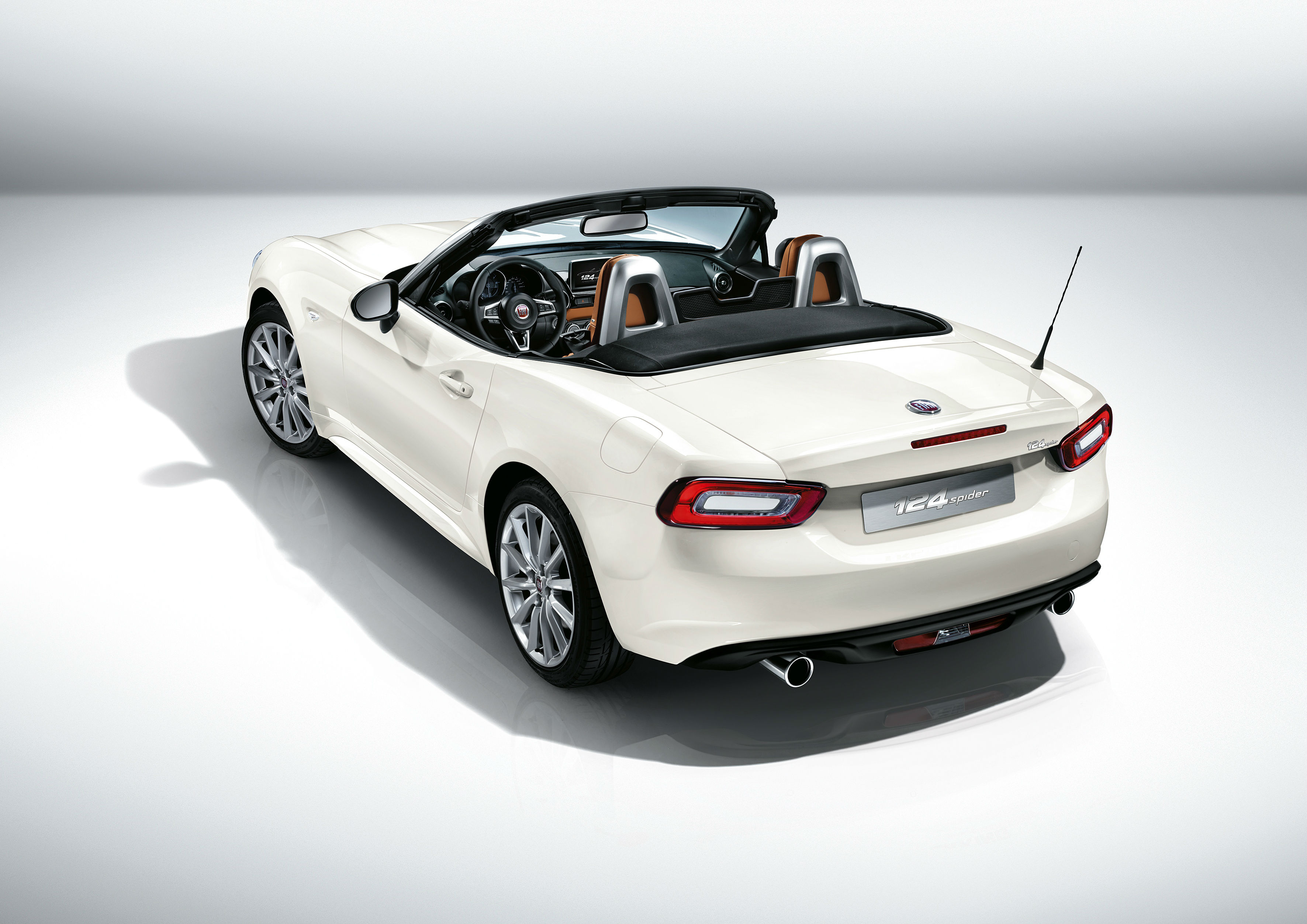 The interior is virtually the same as the MX-5’s, which is no bad thing as it’s snug and sporty and feels robust. Perhaps best of all, the 124 Spider will be assembled not in Italy, but in Japan, alongside the Mazda. 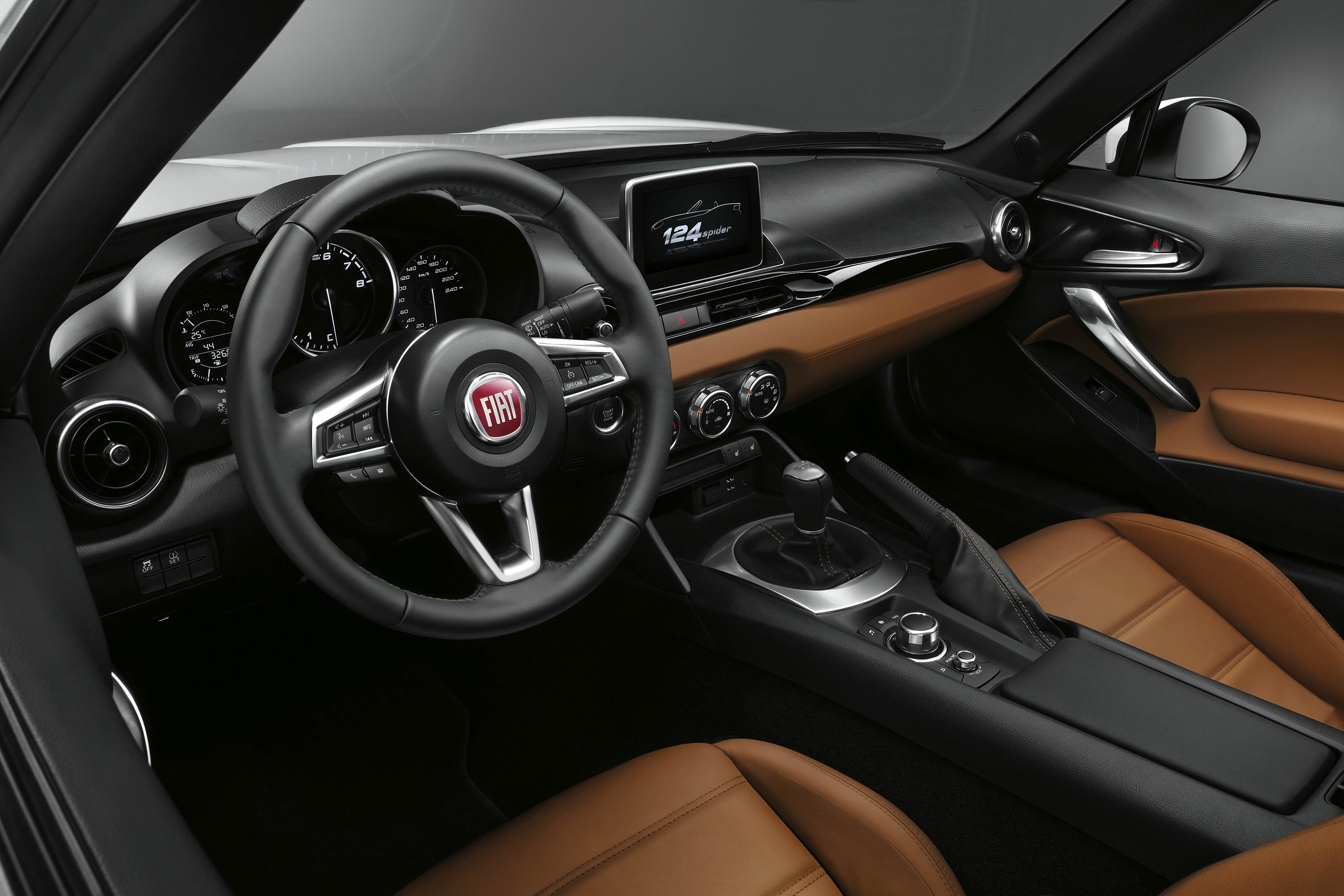 In Britain, Fiat says, the 124 Spider will come with an infotainment unit with a USB/auxiliary input, six speakers and Bluetooth connectivity; high-spec versions will have a 7in touchscreen display, DAB digital radio, two USB ports, multimedia control, a reversing camera and a 3D navigation system, with phone calls, music and navigation all voice-controlled. The system is also said to give access to internet radio apps via your smartphone.

“Built around the best driver aid of all: your hands.”
Review of the 2015 Mazda MX-5