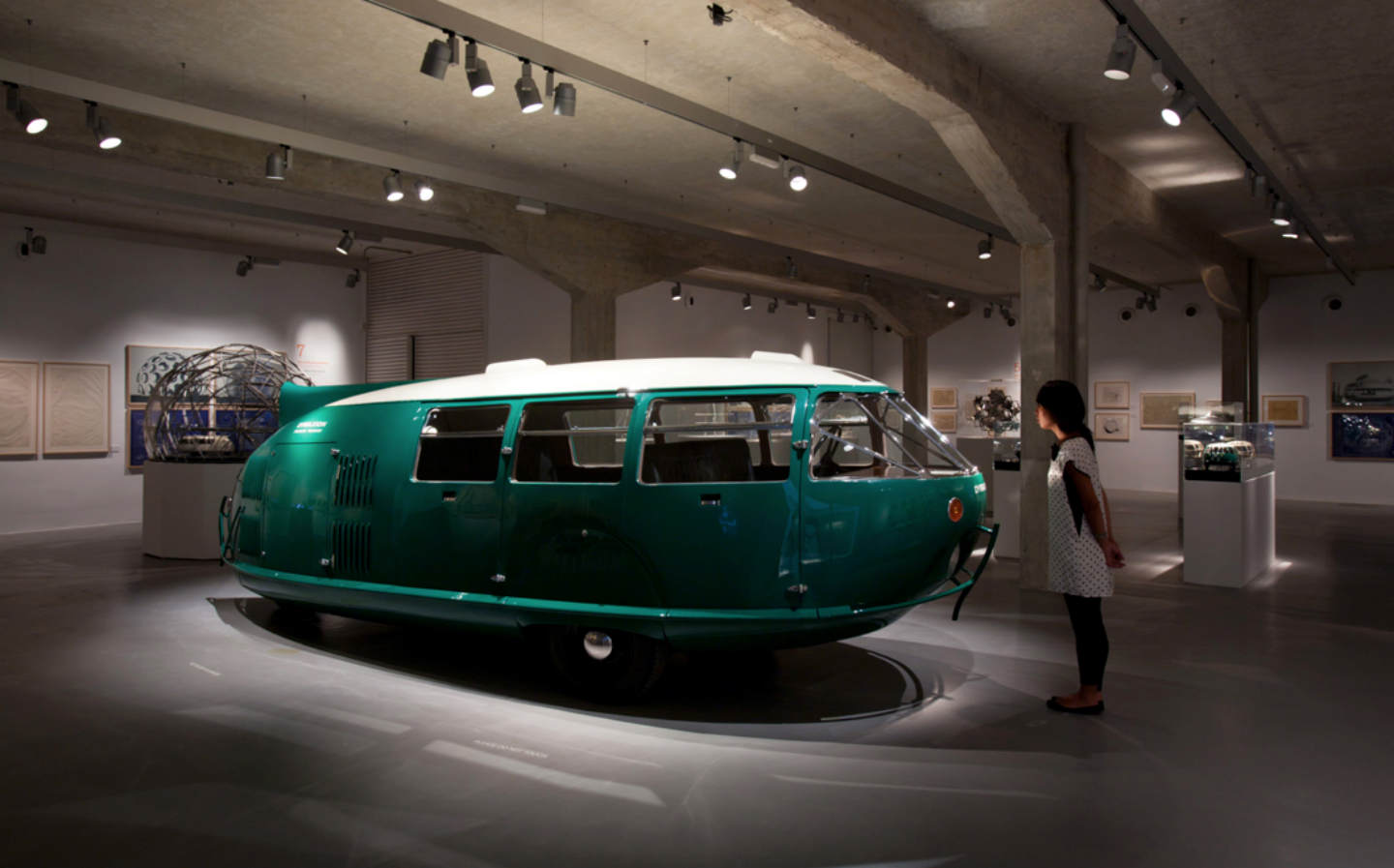 FUTURISTS have been contemplating transportation systems decades hence since well before the motor car was invented. In Paris in the 20th Century by Jules Verne, written in 1863 (but not published until 1991), the sci-fi writer foresaw the French capital in 1961 crammed with “gas-cabs”, powered by internal combustion engines.

And when cars took off, people began to imagine that cars would eventually take off in a literal sense, with Henry Ford writing in 1940: “Mark my word. A combination airplane and motorcar is coming. You may smile. But it will come.” His prediction may finally be just over the horizon.

The fascination with future cars has led people to build their visions, however practical and marketable. Many of the bold ideas have been wildly off the mark but almost all of them have been fascinating, and below are five of the coolest that have made the light of day so far.

Aerodynamics was still a dark art in the pre-war years, though engineers created dozens of streamliner prjects. Case in point: Karl Schlör’s ‘Schlörwagen’, which was presented at the 1939 Berlin Auto Show.

The show car had a drag coefficiency of just 0.186; the most aero-efficient road car on sale today, the Mercedes-Benz A-Class saloon, is rated at 0.22. The Schlörwagen was reported to have been a pain to drive in crosswinds, but ironing out of such issues was hampered by the Second World War and eventually the project was shelved.

A nuclear reactor for an engine, and a bubble roof? No, this concept car wasn’t the brainchild of Homer Simpson ‒ it was a Ford concept from 1954, a time when atomic power was at the height of popular consciousness. The possibilities must have seemed endless to the car designers-cum-Flash Gordon fans in Detroit.

The Ford FX Atmos was only a concept so no practical engineering considerations were made, but in the words of the original press release it represented “one of many avenues which styling could take in the future”. The shape was inspired by super high-tech jet aircraft of the time, with a central driving position, joystick controls and space for two passengers behind.

Renault may be credited for inventing the people carrier with the Espace, but the American visionary Buckminster Fuller beat the French firm to it decades earlier with his bonkers Dymaxion from 1933. In an age before “green” concerns caught on, the Dymaxion could go twice as far on a gallon of fuel as any other car fitted with the same engine. It could turn on a sixpence, too, but suffered from terrible instability thanks to its rear-wheel steering system. Architect Norman Foster faithfully recreated a working version of the car in 2011, which you can see him driving in the video above.

A frequent star of “Ugliest Cars Ever” lists, the Aurora has a backstory as intriguing as its cancerous dog jowl bodywork. The brainchild of Father Anthony Juliani in 1957, the Aurora’s distinctive design (which was intended to reduce pedestrian injuries) was just one part of the American priest’s plan to make the safest car in the world. Perhaps unsurprisingly, it never entered production, though the sole Aurora prototype has survived. 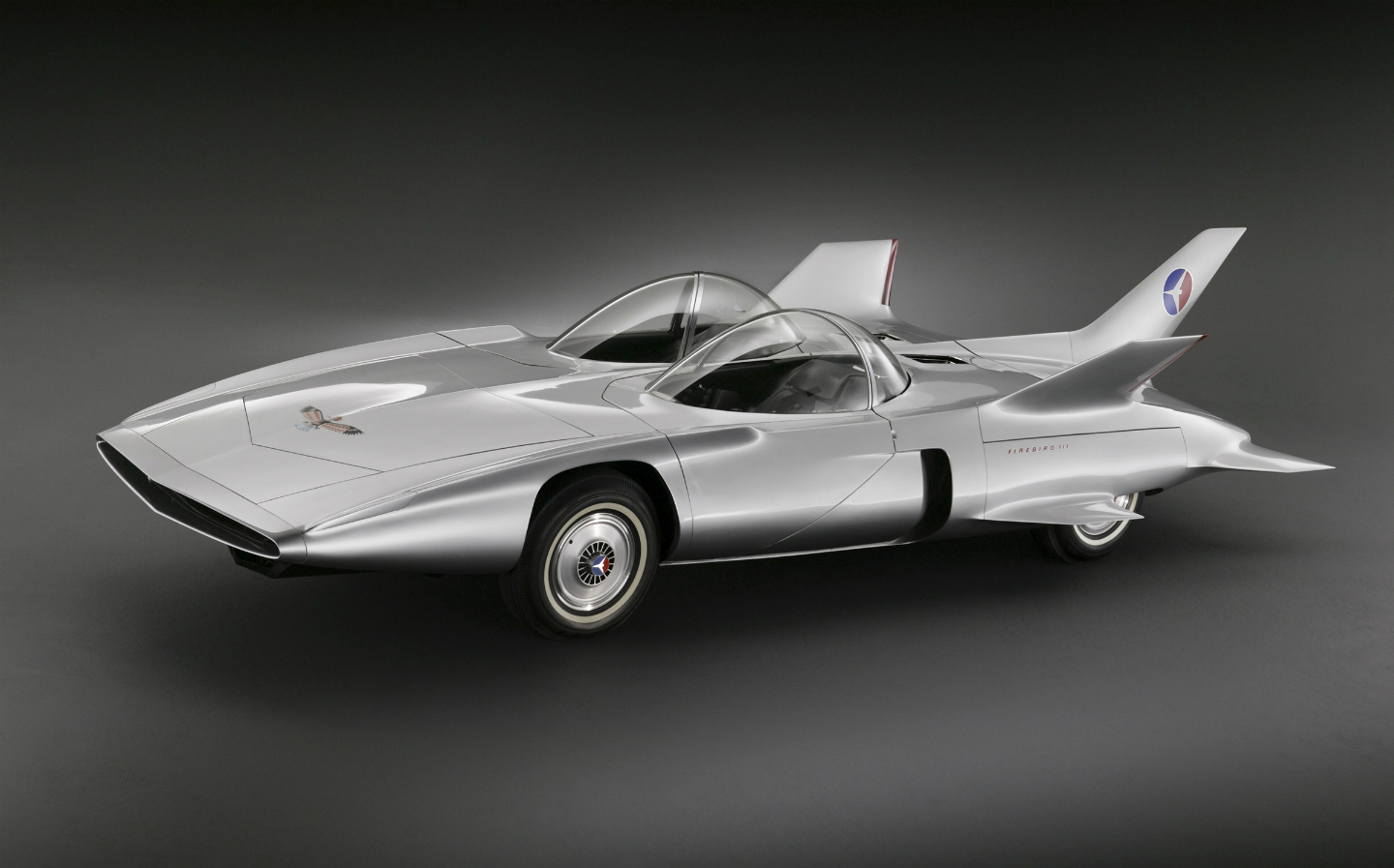 Making even extravagant post-war Cadillacs look dull in comparison, General Motors’ four gas turbine-powered Firebirds (Firebird 3 pictured) are some of the wildest concept cars to ever grace a motor show stage. As if their jet age styling wasn’t OTT enough, GM lavished the cars with advanced technology such as steer-by-wire controls and autonomous driver aids, and the first three Firebird prototypes could even be driven under their own power.