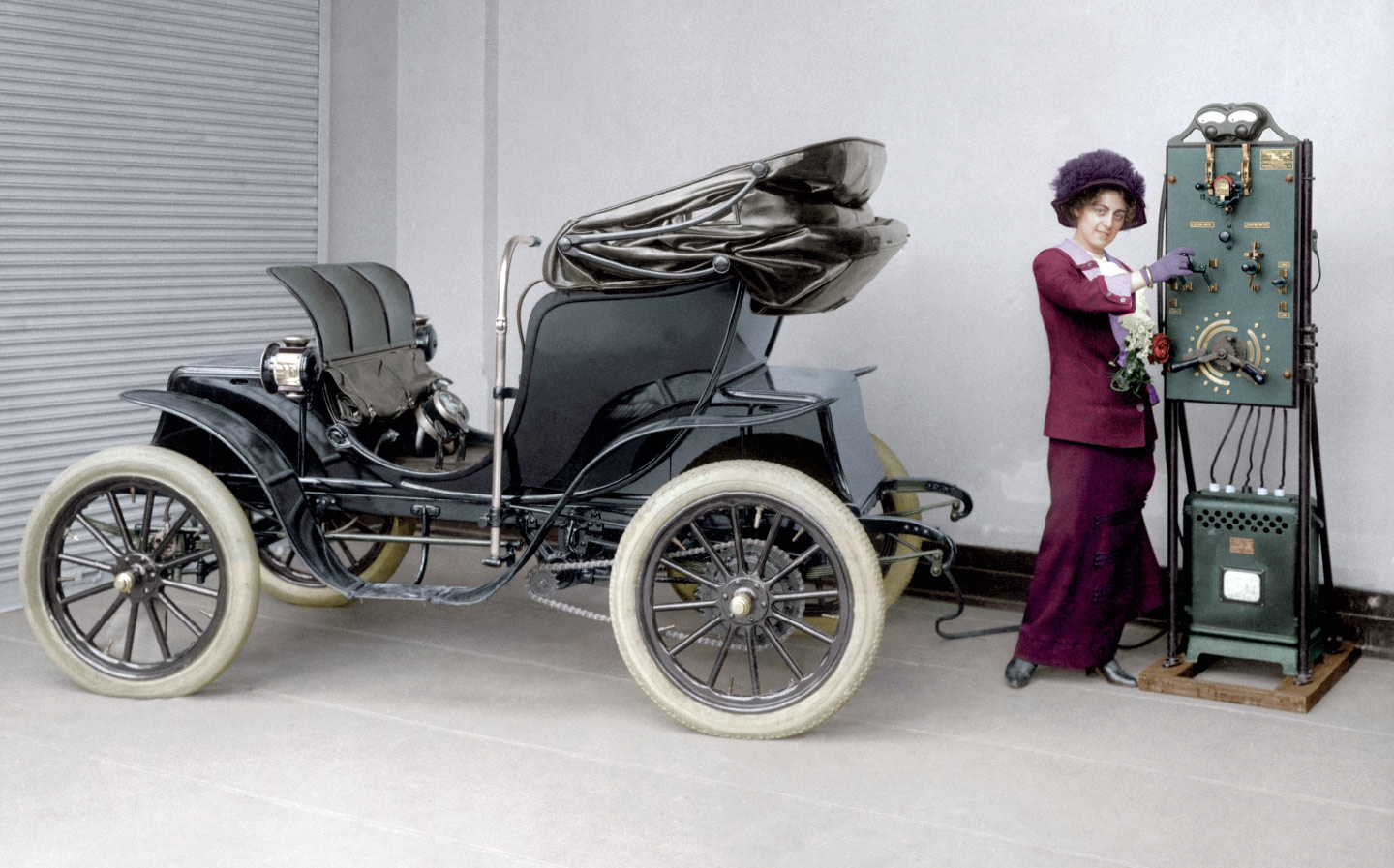 IT SHOULD come as no surprise that electric cars are not a recent addition to our roads; since the Nissan Leaf and Tesla Roadster ushered in a new age of EVs around 10 years ago, it’s become a popular  pub fact that for a while at the start of the 20th century, electric cars actually outsold petrol (and steam) cars.

They were particularly popular with women, so it goes, because unlike petrol cars of the age, electric cars didn’t need to be started with a hand crank, which wasn’t terribly dignified and there was a danger that the handle could whip round and strike the arm, or snap back and break your hand.

Electric cars offered a much easier option, and less maintenance, and as such enjoyed considerable success in the early days of motoring.

The methods of recharging the cars is less well reported, but as the above photo from 1912 proves, some of the official charging points were amazing to behold. This “hand-cranked battery charger” is the epitome of what we’d now label “steampunk”.

The image is even more striking thanks to the use of colour, which was painstakingly added to the original black and white photo for inclusion in the astonishing book The Paper Time Machine by Wolfgang Wild and Jordan Lloyd, published at the end of last year. 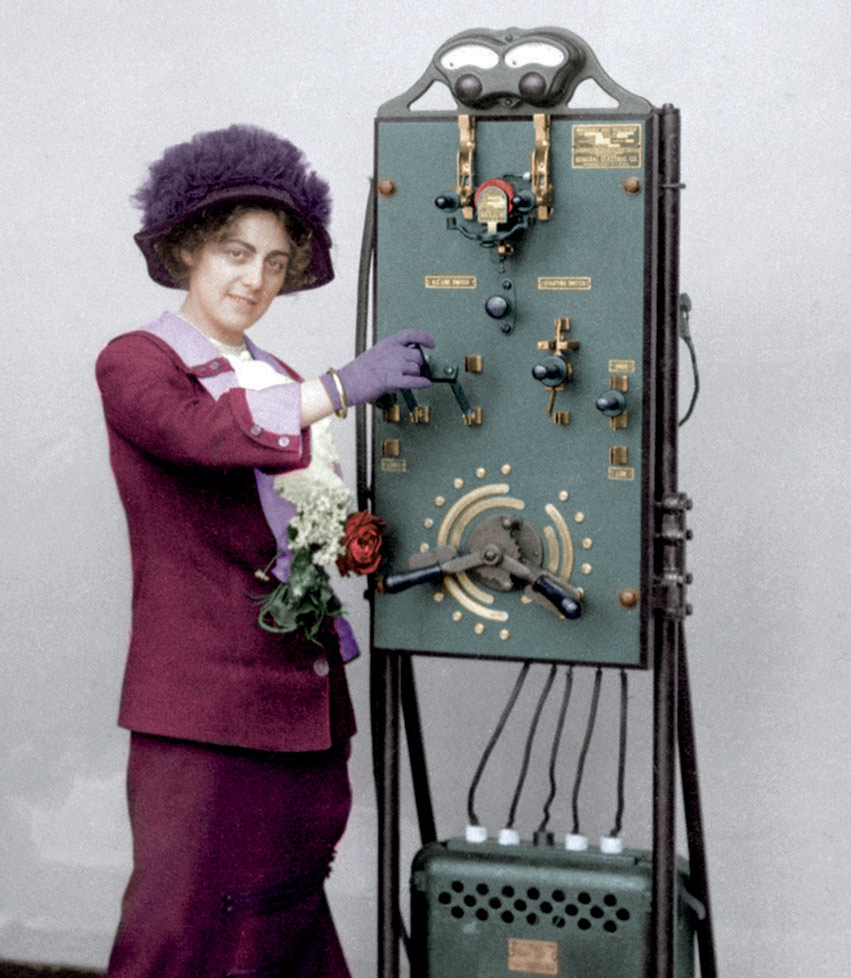 The Paper Time Machine contains 130 historical photographs chosen and introduced by Wolfgang Wild, the creator and curator of the Retronaut website, then restored and rendered in colour by Jordan Lloyd of Dynamichrome.

Lloyd’s method is detailed in the excellent video below, from Vox, but in a nutshell it involves a huge amount of research, uncovering old adverts, government records, diaries and consulting experts in the period, to piece together the true colours seen by those witnessing the scene first-hand.

It can take Lloyd weeks to restore and colourise a single black and white image.

“The gatefold image in the middle of the book, of San Francisco, took a month to do, all in,” he told driving.co.uk (via Unbound).

The photo of the lady charging her electric car — a Columbia Mark 68 Victoria — was less time-consuming, said Lloyd, although it wasn’t exactly a rush job. “All in [it took] about two to three days, if I remember correctly. We were pretty good at getting all the colour references especially for the electric charging station.”

The addition of colour gives the image an eerie quality, as if it were taken yesterday. It also makes the charging point look even more frightening to modern eyes: high voltages and brass levers aren’t a comforting combination; it’s no wonder the lady was wearing gloves.

These days, electric car owners need do little more than connect a cable to a socket on the vehicle, its on-board computer communicating with the charging point to determine the most efficient speed and length of power delivery.

But this 1912 “hand-cranked battery charger” by the Pope Manufacturing Company of Hartford, Connecticut (Pope also made the car, in 1906) was clearly altogether more hands-on.

Having said that, patent examiner Scott Wilson has done some excellent research on the subject here, which suggests that perhaps things haven’t moved on quite as much as we might think. Déjà vu, anyone? 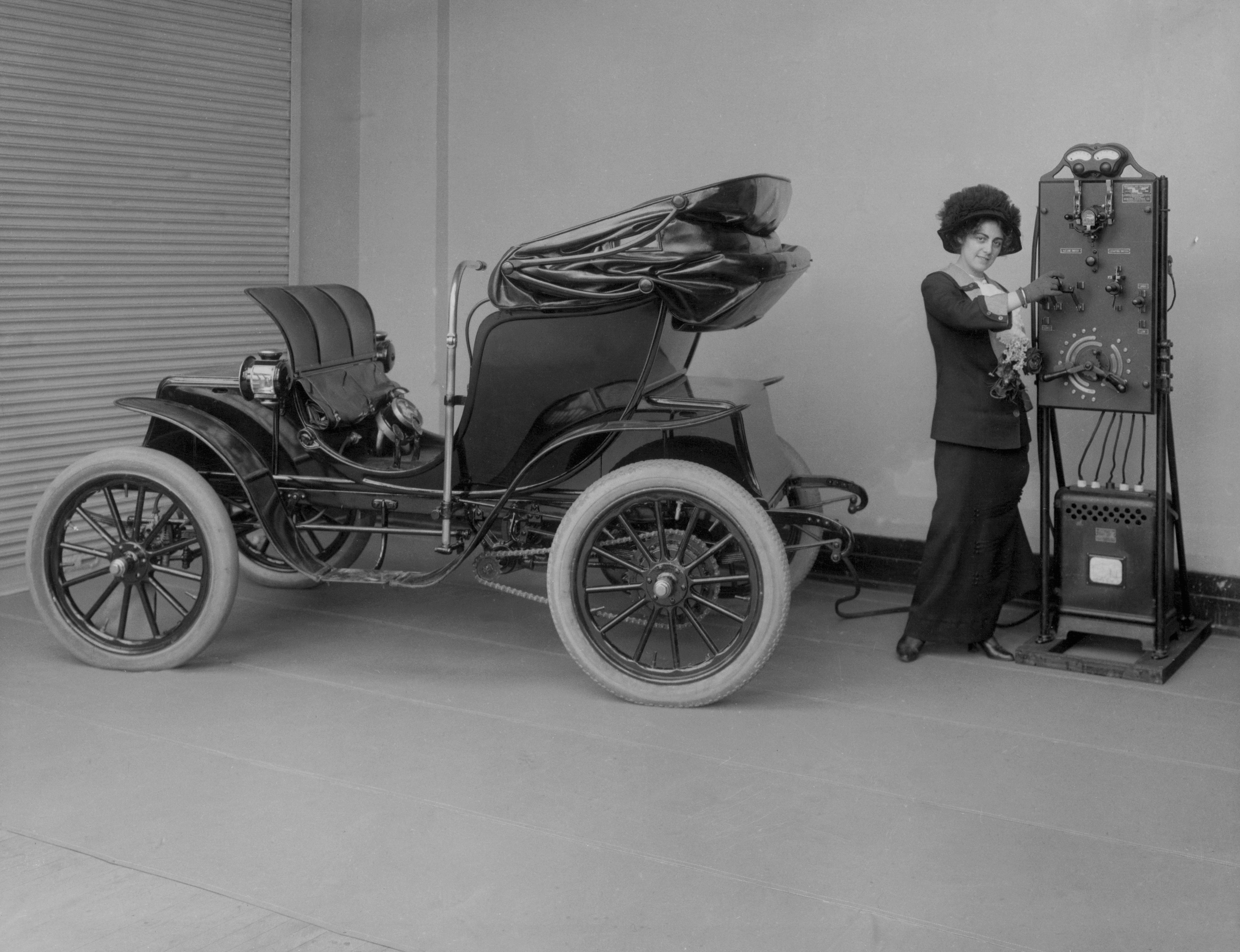 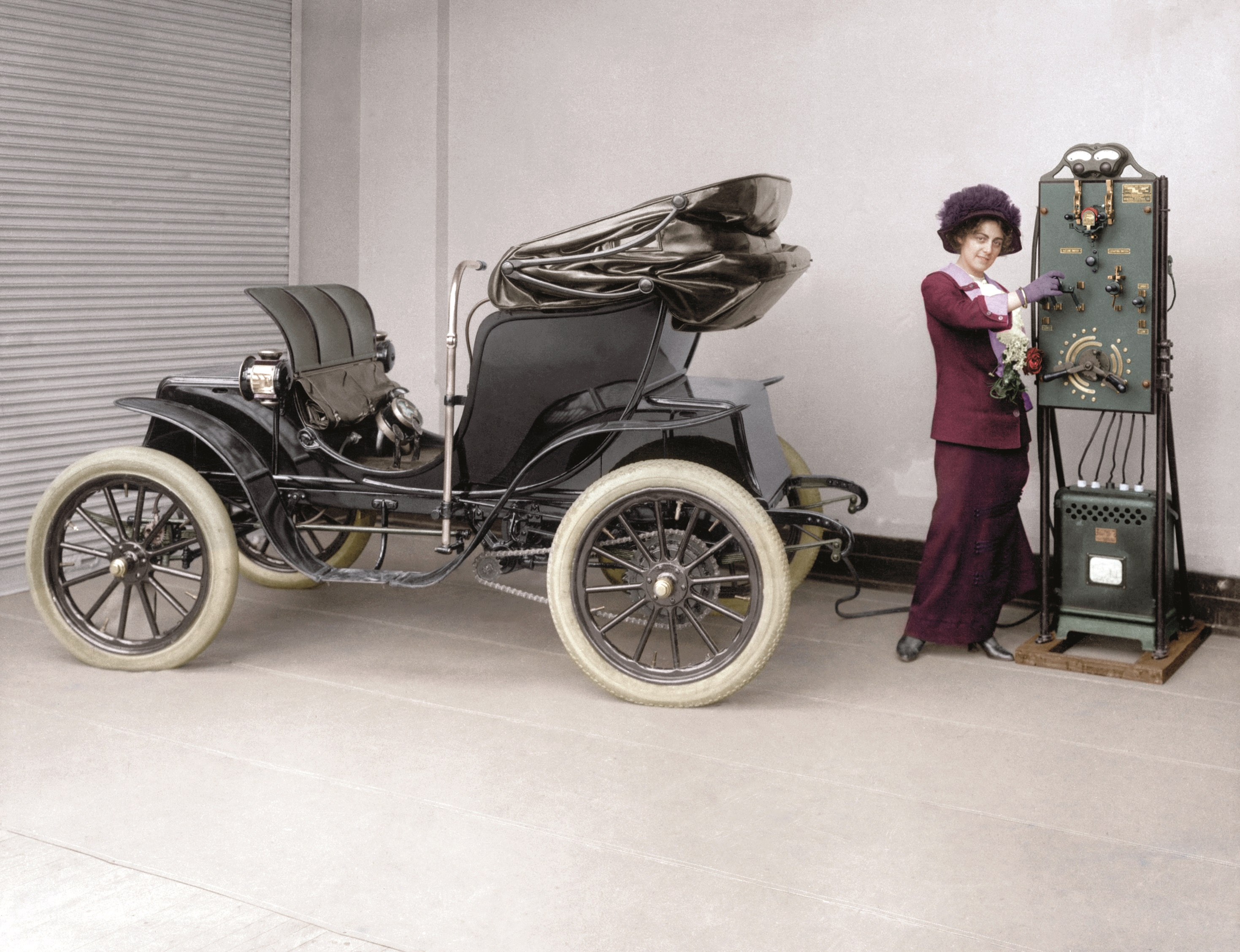 For more information on The Paper Time Machine visit Unbound.com.