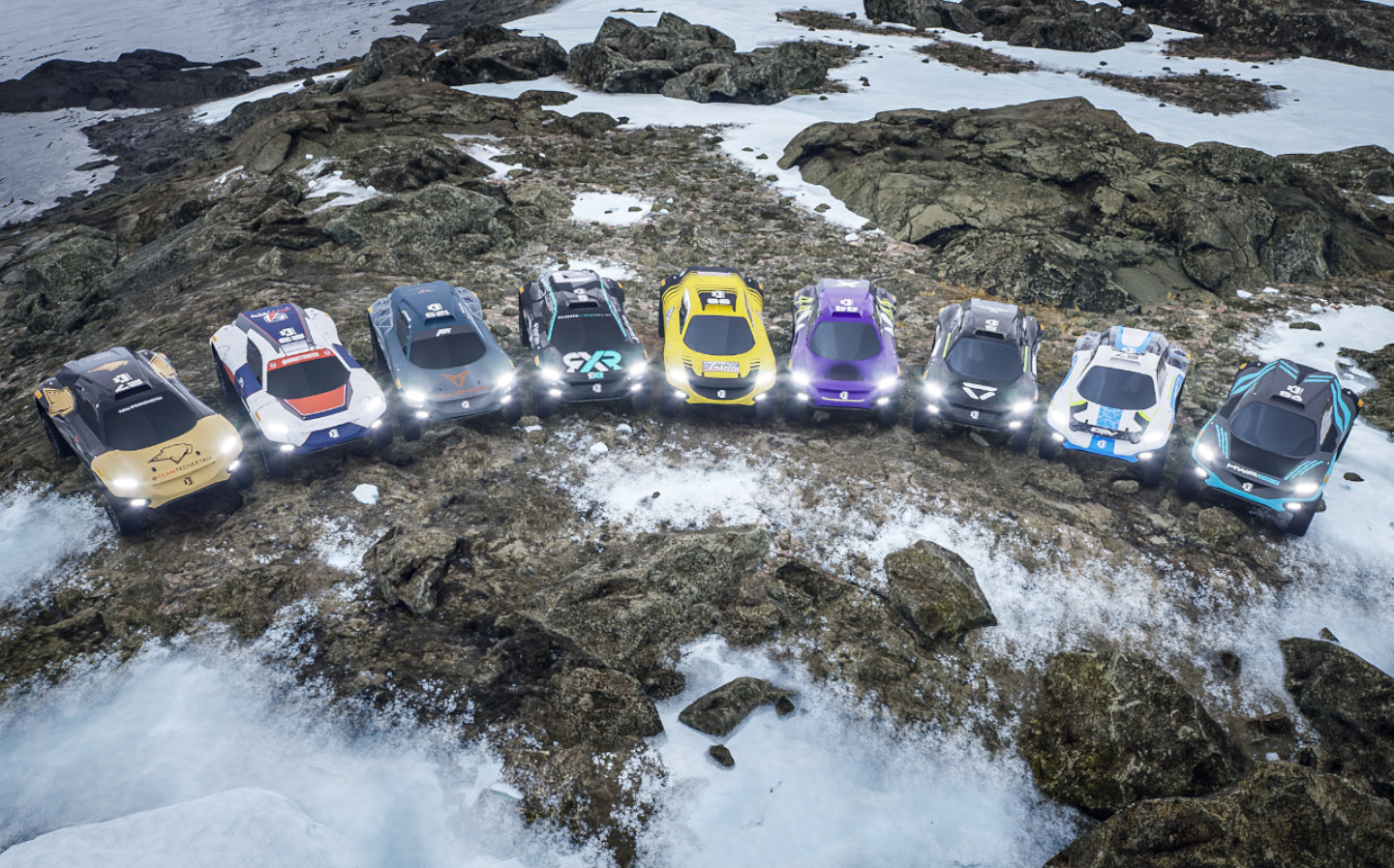 UPCOMING electric off-road sport Extreme E has announced that its inaugural season will begin in March 2021 rather than January, as initially scheduled.

During this afternoon’s virtual launch of the series, which will involve teams fronted by both former F1 champion Nico Rosberg and reigning champion Lewis Hamilton, founder Alejandro Agag (who also set up Extreme E’s single-seater sister series, Formula E) revealed that the season will now kick off on March 20 in Al’Ula, Saudi Arabia. The previous plan saw the first race taking place on January 23, in Dakar, Senegal.

Speaking at the online event, Agag said: “We find ourselves, unfortunately, in a very different world. Coronavirus brought the sports world to a standstill, and every sport is still trying to get to grips with how to properly get going again.

“It’s been a tough time to be starting a new sport, and we’ve had challenges. We’ve spent a lot of time adapting plans, and I am pleased to say that we are on track and committed to going racing early next year.”

Another significant change to the schedule is the cancellation and replacement of May’s Himalayan race in Nepal, which was set to highlight the effects of glacial recession — a third of the glaciers in the Kali Gandaki Valley have disappeared, with another third predicted to follow in the next century.

According to Extreme E, the decision to replace Nepal on the schedule and to delay the season start by six weeks was made due to a combination of the Covid-19 pandemic affecting series preparations, coupled with additional complexity of getting to the proposed race region in Nepal. The series organisers remain committed to a visit in future Extreme E Seasons, they said.

The Nepal race has instead been replaced with one in Tierra del Fuego, which lies at the southernmost tip of Patagonia, Argentina. Similarly to the Kali Gandaki Valley, the archipelago is suffering from rapid glacial recession, ice thinning and loss of permafrost (ice that remains frozen year round).

The race will take place on December 11-12 next year, on a route near to the town of Ushuaia, which is rather fittingly nicknamed the “End of the World” thanks to its place at the very end of the South American continent.

The amended Season One calendar is as follows:

During their short interviews Hamilton and Rosberg unfortunately weren’t asked about the rekindling of the famous rivalry that spawned during their time as team-mates at Mercedes, but the British driver, who on Sunday surpassed Michael Shcumacher’s extraordinary record for most F1 race wins, did talk about how he wanted to address issues that are still present in racing, including “the negative impact that motor sport does have on the planet”.

Hamilton has previously been criticised by some for claiming to be environmentally conscious while racing in F1, a sport that is still reliant on carbon-heavy methods of travel, despite having introduced hybrid technology and emissions targets.

He also complimented Extreme E’s novel team setup, which requires each racing team to comprise one male and one female driver, and noted the distinct lack of female racing drivers in motor sport. “I’ve been racing in [Formula One] over 20 years and seen two or maybe three female drivers along the way,” he said.

During a Q&A session at the end of the event, Agag revealed further details of Extreme E’s future, including that the sport was working with Team Veloce (which made its name in Esports) to come up with an Extreme E video game or Esports platform.

Also asked whether or not Extreme E would follow the example of Formula E and allow manufacturers into the championship with the ability to make changes to the cars, Agag said: “Yes, Extreme E will follow the Formula E model, to open windows of development of technology to car manufacturers.

“Already in Season One they will be able to modify the outside bodywork, to make the cars more similar to cars that are available for the road. On Season Three [beginning in 2023] we will start opening the powertrain for development.”

Extreme E will be available to watch from March 2021 on BBC platforms.