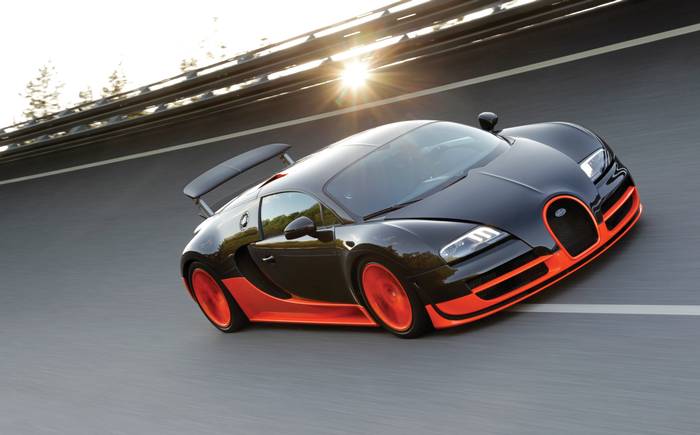 FOR ALMOST three years the £1.7m Bugatti Veyron Super Sport has been the fastest production car in the world. Until today.

Guinness World Records announced said that it had suspended Bugatti’s title after discovering that the car used to set the record time of 267.8mph had been modified with the result that it had breached the rules. The record attempt, which took place in July 2010 and was featured on Top Gear, was reinvestigated after an enquiry made by Driving.co.uk. It followed suggestions that the record-breaking Veyron did not qualify as a production car because a speed restrictor, fitted to each of the 30 cars sold to the public, had been deactivated.

In a statement released on Friday, Guinness World Records, the British-based company which is recognised as the authority on world record attempts, confirmed that the suspicions were correct. “It has come to the attention of Guinness World Records that there was an oversight in its adjudication of the ‘Fastest production car’ which was set in 2010 by the Bugatti Veyron 16.4 Super Sport,” said Jaime Strang, PR Director of the company.

“As the car’s speed limiter was deactivated, this modification was against the official guidelines. Consequently, the vehicle’s record set at 431.072 km/h is no longer valid. Following this, Guinness World Records is reviewing this category with expert external consultants to ensure our records fairly reflect achievements in this field.”

The company’s rules state that that the car that sets the record must be mechanically identical to those on sale to the public. The announcement is likely to mean that the title of the world’s fastest production car now reverts to a small company in America, called Shelby SuperCars. Its Ultimate Aero held the record of 256.1mph before the Veyron Super Sport.

Questions about Bugatti’s record were raised by another American car maker, Hennessey, which claims that its Venom GT should be the fastest production car in the world. It has been clocked at 265.7mph but has not recorded a speed under world record conditions, which require an average speed to be set over two timed runs.

Bugatti is standing by its world record. A spokeswoman said, “Guinness knew the Veyron’s speed limiter was deactivated but that for safety reasons, cars subsequently sold to customers would have their speed limiters activated [set at 258mph].”

The spokeswoman said that customers who bought the Veyron Super Sport will have been told it was the world’s fastest production car but insisted the model’s reputation would be safe. “It’s not a hard blow if we lose this title. The Super Sport is more than just a world-record car.”

Bugatti said it would be seeking clarification from Guinness World Records.