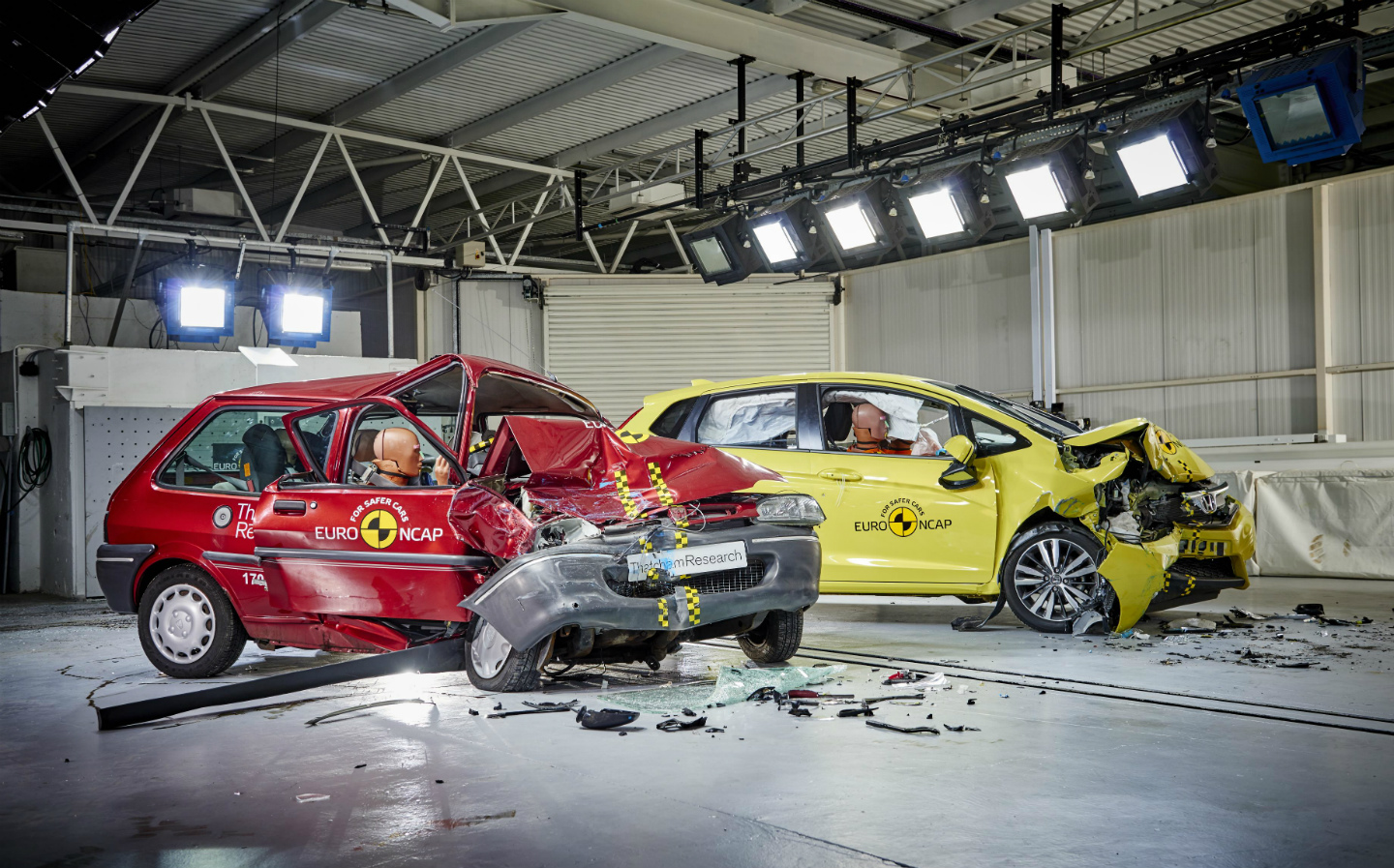 “THEY don’t make ’em like they used to” is a saying all too often heard applied to cars. Drivers of small family cars should be thankful for that: a crash test comparing a modern Honda and a 20-year-old Rover has revealed that the cars of yesteryear are deadly.

The “smash test” was conducted by Euro NCAP, the EU’s car safety organisation, to mark the 20th anniversary of its founding.

It took a 1997 Rover 100 supermini, better known as a Metro, and put it through a simulated 40mph frontal off-set collision – the most common type of serious crash on Britain’s roads.

The video footage of the staged accident is alarming. The Rover crumples like an aluminium drinks can being stamped on.

According to Matthew Avery, director of research at Thatcham, which conducts crash tests with Euro NCAP, the driver and passengers of the petite Rover would have been killed or seriously injured.

In stark contrast, those in the 2017 Honda Jazz supermini would have walked away with only a bruise or two.

The crash forced the steering wheel into the cabin and pushed the airbag to one side, meaning the driver smashed their head into the hard dashboard and A-pillar. The force recorded on the driver was three times greater than Thatcham’s “high risk” threshold.

The car’s bulkhead – which separates the engine from the passenger compartment – also collapsed, and the driver’s seat gave way, leaving the dummy driver with severe leg injuries. 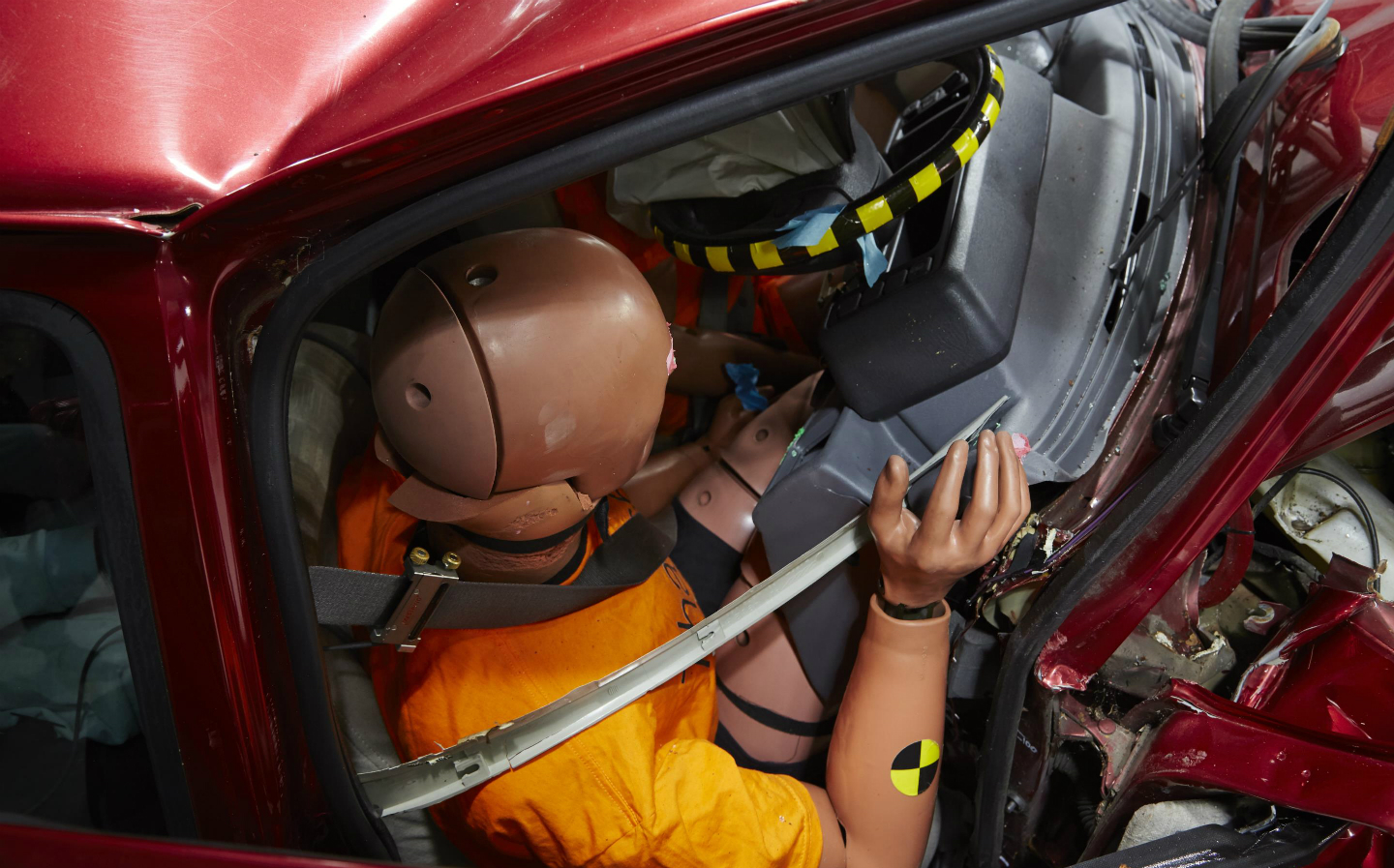 The mannequin’s right femur registered a force 10 times higher than is considered “reasonable” by safety experts.

The test also included dummies representing children in the back of the car. The “three-year old” struck its head on the metal bars supporting the front seat’s head restraint. Thatcham said even its experts were shocked by the findings.

The Rover 100 was chosen because it was one of Britain’s most popular cars when the Euro NCAP programme was launched. In 1997 it was one of seven cars to undergo the new tests, designed to be tougher than those demanded by legislation. It was singled out as dangerous, scoring one star out of four, and was soon withdrawn from sale.

At £14,000, the new Honda Jazz in 2017 is said to be comparable in price to the Rover 100 in 1997, with inflation taken into account. Avery at Thatcham highlighted how the Honda’s passenger compartment was barely distorted by the crash, deforming by just a few millimetres; the Rover’s compartment caved in by 400mm.

“The Honda is a very good performer, especially for a small car,” Avery said. “After the crash I was easily able to open the door. The windscreen was not even cracked following a 40mph crash test, a very good result.

“These tests show why we have seen a 63% reduction in car occupant deaths and injuries since 1997, when Euro NCAP began. We could not be where we are today without vehicle manufacturers doing what they do, and would still be driving cars with the same safety levels as we saw in the Rover 100.”