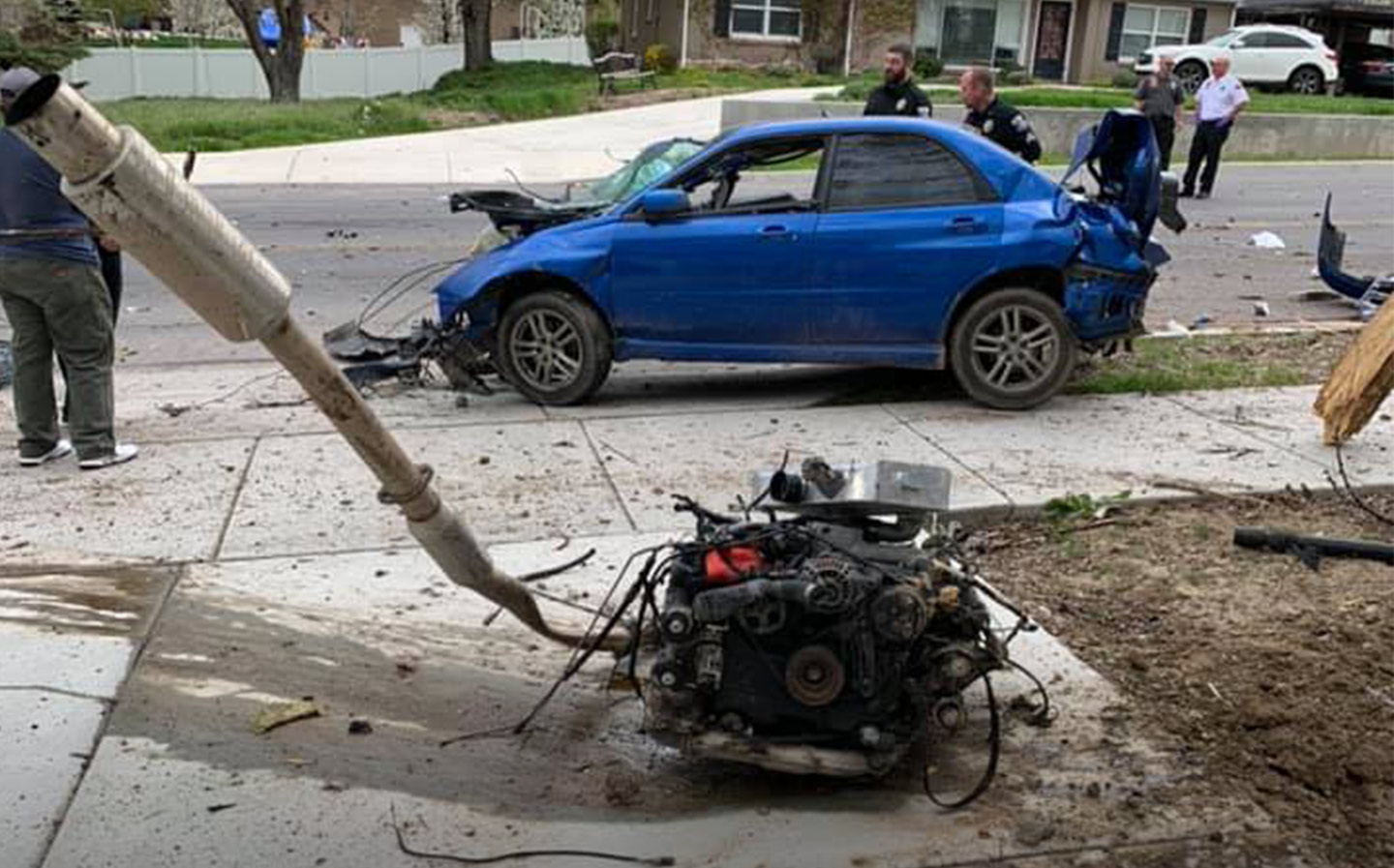 A SUBARU WRX driver was lucky to survive an horrific car crash that destroyed his sports saloon.

In a Facebook post, witness Allan Keith, from Pleasant Grove, Utah, said the high-energy crash took place outside his house on a 30mph residential road.

The collision was violent enough to destroy the front of the car and eject the driver out of the smashed Subaru, according to Keith.

The WRX driver miraculously survived the crash, albeit with broken ribs, a bruised hip and “severe concussion”. No one else was injured in the incident.

While the man behind the wheel of the Subaru cheated death, he is unlikely to escape severe punishment once he recovers. Not only was he apparently speeding but also intoxicated on drink and drugs when the accident occurred, according to the reports.