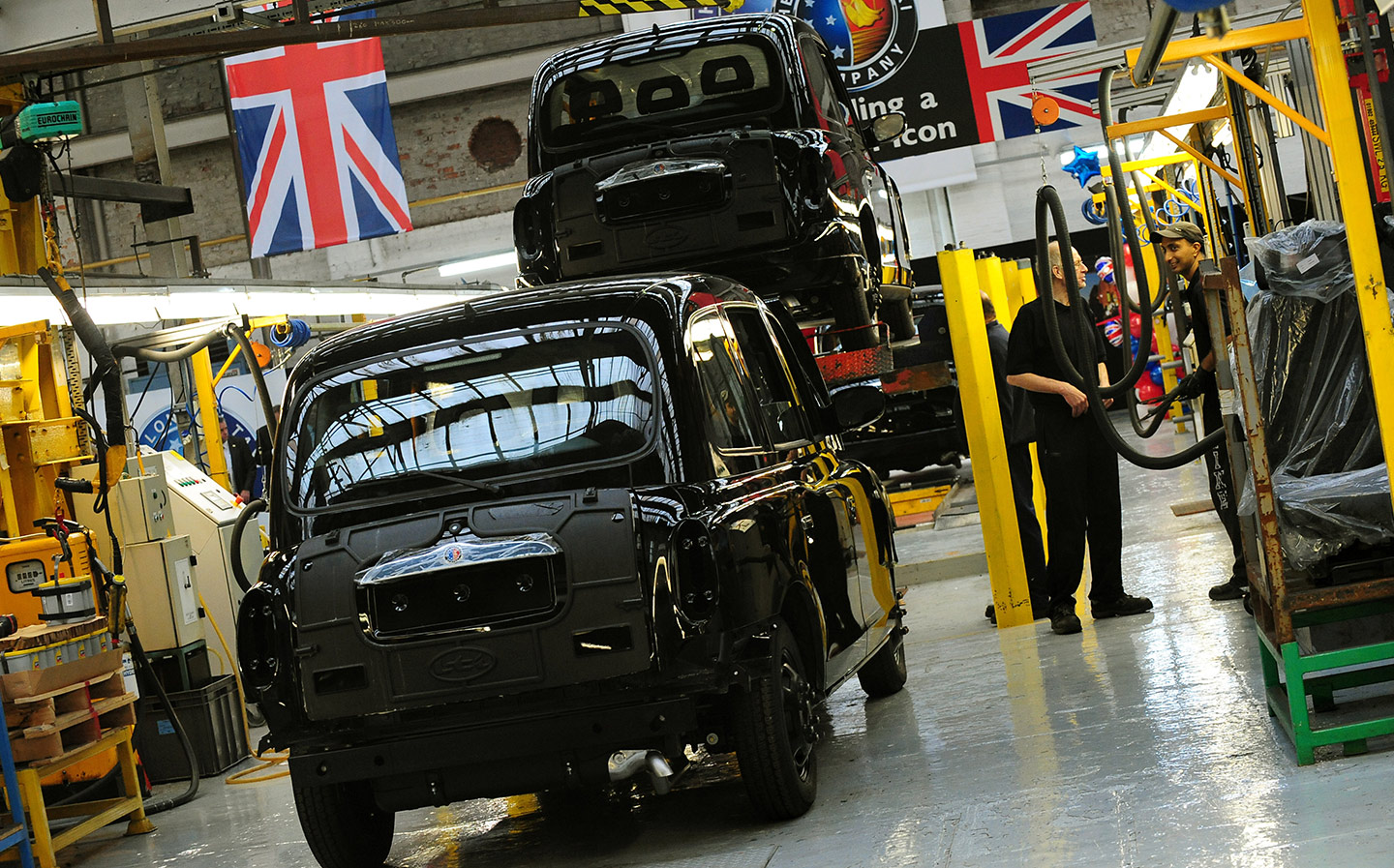 Production is due to start later this year of 30 black cabs a day. New regulations coming into effect in London next January will insist that newly registered taxis run at least partially on zero-emission technology.

The plant at Ansty aims to be producing 20,000 vehicles per annum from next year, the majority vans for delivery companies such as UPS and Amazon.

The plant, which will create up to 1,000 jobs, was opened by the business secretary Greg Clark. He said that the factory would help to put Britain at the forefront of the electric automotive manufacturing industry.

“We are on the brink of a road transport revolution,” Mr Clark said. “If people see black cabs go green they will know all cars can.”

The minister announced a £50m fund, giving London cabbies a £7,500 sweetener to buy the electric taxis, which aim to travel 70 miles on a single charge.

He also announced an £18m fund to increase the number of charging points available.

Chris Gubbey, chief executive of the London Taxi Company, which was bought out of administration by Geely four years ago, said: “This is the first dedicated electric vehicle plant in the UK and the single largest greenfield investment in British automotive by a Chinese company.”

The plan is that the cabs and the vans will run off the same assembly lines.

Carl-Peter Forster, the former Jaguar Land Rover and General Motors executive who is chairman of the London Taxi Company, said: “This is a significant day for the British automotive manufacturing industry. It brings together the quintessential British technologies in ‘lightweighting’ vehicles using aluminium and bonding techniques seen in Formula 1 and in British sports cars.”

Geely also owns Volvo and much of the technology for the cabs and vans will come from the Swedish carmaker. With the electric powertrain technology, the small range-extending engine and the batteries all coming from overseas, it is reckoned that only about 33% of the vehicles’ parts by value will be sourced from the UK.

The company is hoping to export taxis to cities such as Amsterdam, Oslo and Munich.

“The environment could not be better for us,” Mr Forster said. “It is the topic of the day.”

Mr Gubbey dismissed the rise of Uber as a threat to the conventional black cab. “This is a 100 per cent accessible vehicle for wheelchair users, the mobility impaired, the elderly, the family with a baby buggy.”