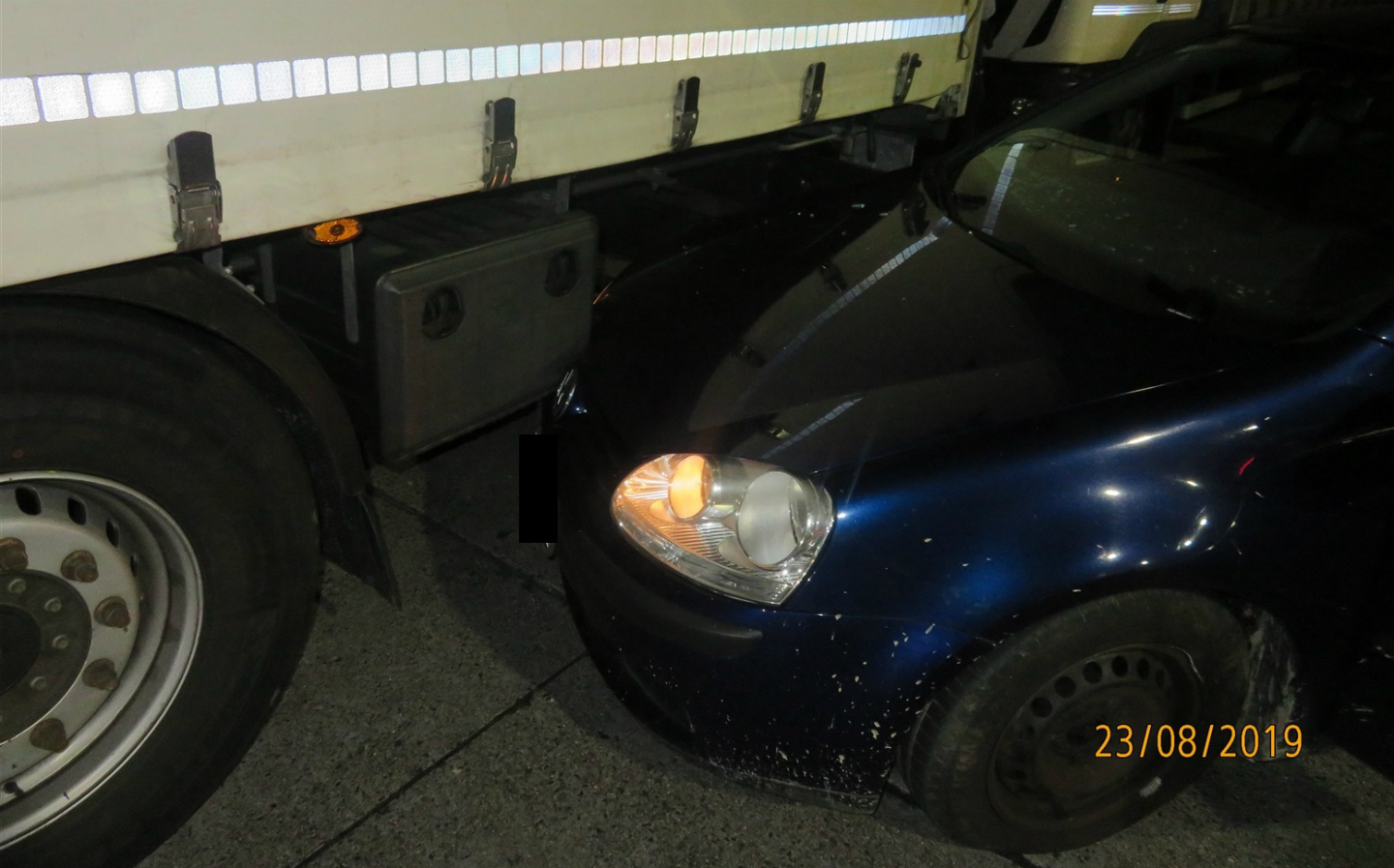 POLICE in Germany have released details of a car crash caused by an eight-year old boy who stole his mother’s Volkswagen Golf family hatchback.

According to law enforcement officials in Dortmund, the child’s joyride in his mum’s automatic VW came to an abrupt end in the early hours of the morning on August 23, when he drove the Golf into a lorry trailer on a motorway slip road. While the car was apparently “badly damaged” in the smash, the boy wasn’t hurt in the incident.

Police claim he took his mum’s car at around midnight; setting off from his home in the city of Soest and heading towards Dortmund, around 31 miles way. Within half an hour, the commandeered Golf was in Dortmund city centre, where it was spotted driving through red traffic lights and exceeding the speed limits.

According to the cops, the boy then found his way onto the A1 autobahn motorway heading towards Cologne, where police data indicates the child reached startlingly high speeds of up to 180kph (112mph).

By the time the constabulary had caught up with the boy, he had already collided with the lorry close to a rest stop near Lichtendorf, around 28 miles away from his home.

Incredibly, this isn’t the first time police in Dortmund have had to apprehend the child for driving his mum’s car. Just two days earlier, on August 21, he was spotted with the Golf in a car park near the motorway, after the cops were notified by his mother that her son and her car was missing. When he was eventually found, the boy is claimed to have told officers he had taken the car because he “just wanted to drive a bit”, and had pulled over because he was feeling unwell after driving at speeds of up to 140km/h, or around 87mph.

In this first incident, the boy switched on the car’s hazard lights after coming to a stop and managed to find and put up a warning triangle behind the parked Golf.

Police said the boy’s persistent desire to get behind the wheel of his mum’s Volkswagen Golf on the public road stems from having “a certain affinity for cars”. In a statement following the first incident, on August 21, it’s claimed the child “would regularly go karting and [drive] bumper cars”, and has also had experience of driving a car on private property.

Because this is the second time the boy was caught recklessly driving on the road he will now be given psychological counselling. Dortmund Police claim this decision was also made because the parents had supposedly “not taken seriously” a visit made by officers on August 22.