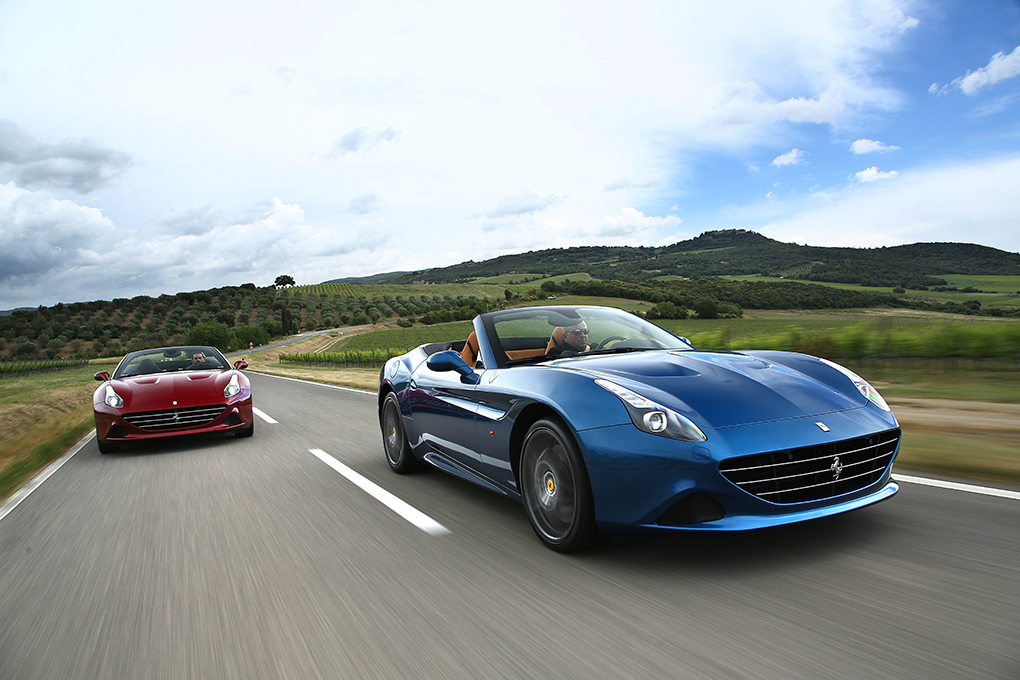 THE SUNDAY TIMES Driving has tested the new Ferrari California T, and a full review will be published in the newspaper this Sunday. It’s faster, much more powerful and sharper handling than the previous model. But the lasting impression is that Ferrari has created the first cuddly supercar.

It’s as user-friendly as a Ford family hatchback, being a doddle to drive and a cinch to park (typically the moment every supercar owner most dreads). Heck, even your grandmother could drive it to the local WI cake sale.

Search for and buy a used Ferrari California on driving.co.uk

This is deliberate. The majority of owners of the first-generation California had never owned a Ferrari before. The Italian company positions the roadster as close as possible to mainstream manufacturers such as Audi, BMW, Maserati and Mercedes – without entirely diluting the Ferrari mystique.

Here’s why the California T is one of the most user-friendly supercars money can buy. 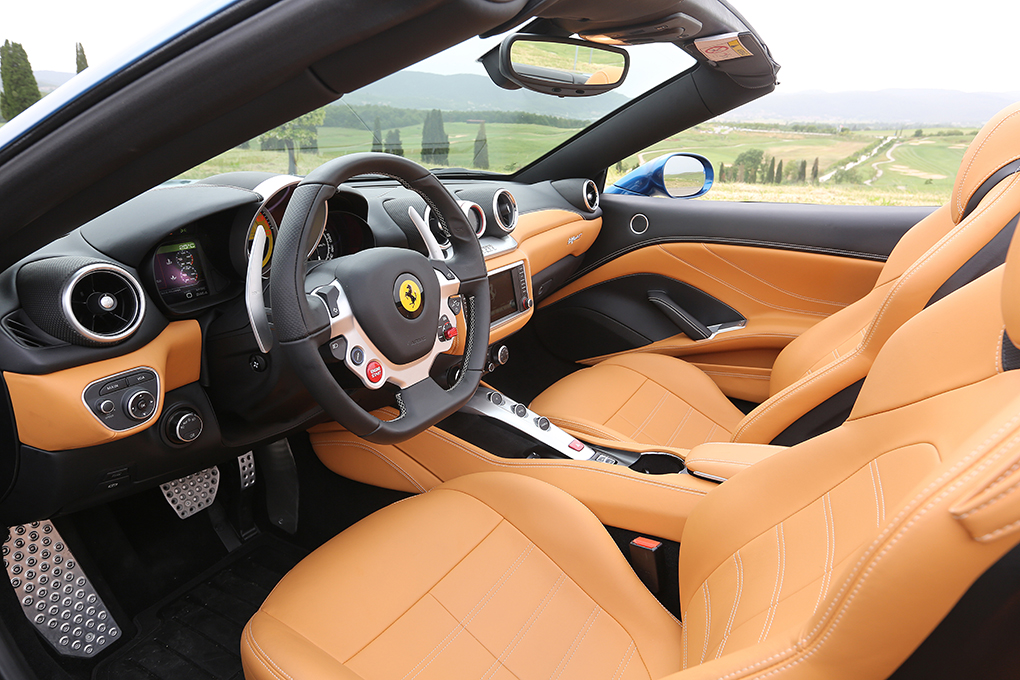 1. The California T’s driving position is as comfortable as first class on an Airbus A380

In the California T – admittedly our test car was a left-hand drive model – the driving position is as comfortable as a first-class seat on an Airbus A380, helped by generous adjustment every-which-way for the steering wheel and seat. And what seats: they are a little wider than those of the original California, and remain supremely comfortable even after a full day in the chair. 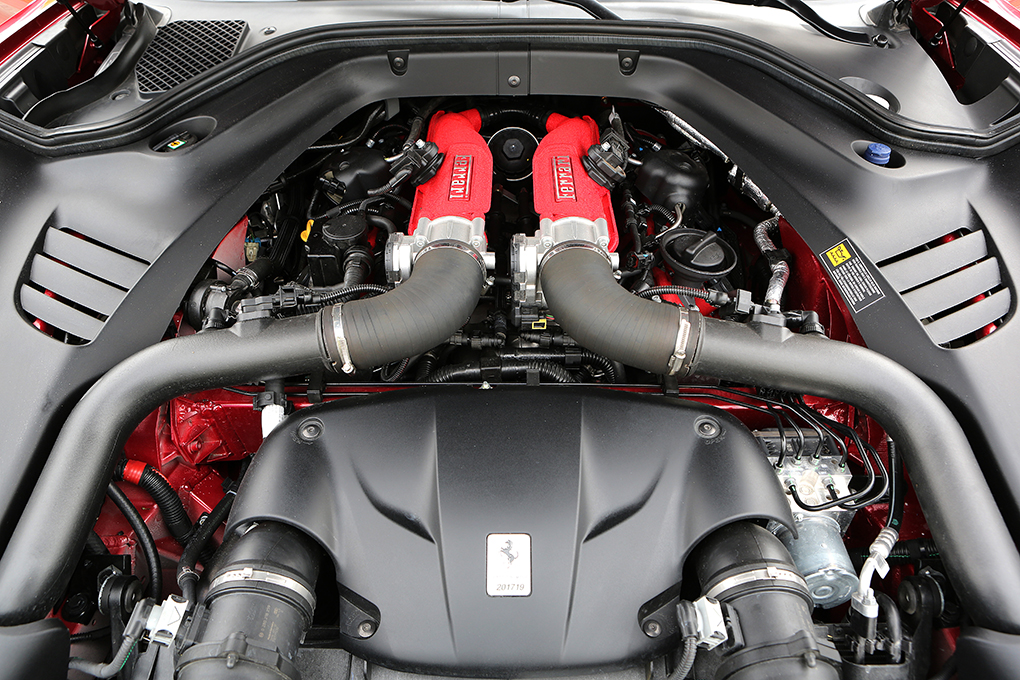 2. Its turbocharged V8 engine is smooth, not savage

Ferrari hasn’t produced a road car with a turbocharged engine since the F40 of 1987. That car was a bit of a handful, with a savage explosion of power that set the rear wheels spinning when the turbos kicked in at around 3,500rpm. In the California T, the response from the turbos is quick and noticeable from as low as 1,500rpm, meaning the engine’s power delivery is smooth and, importantly, predictable. 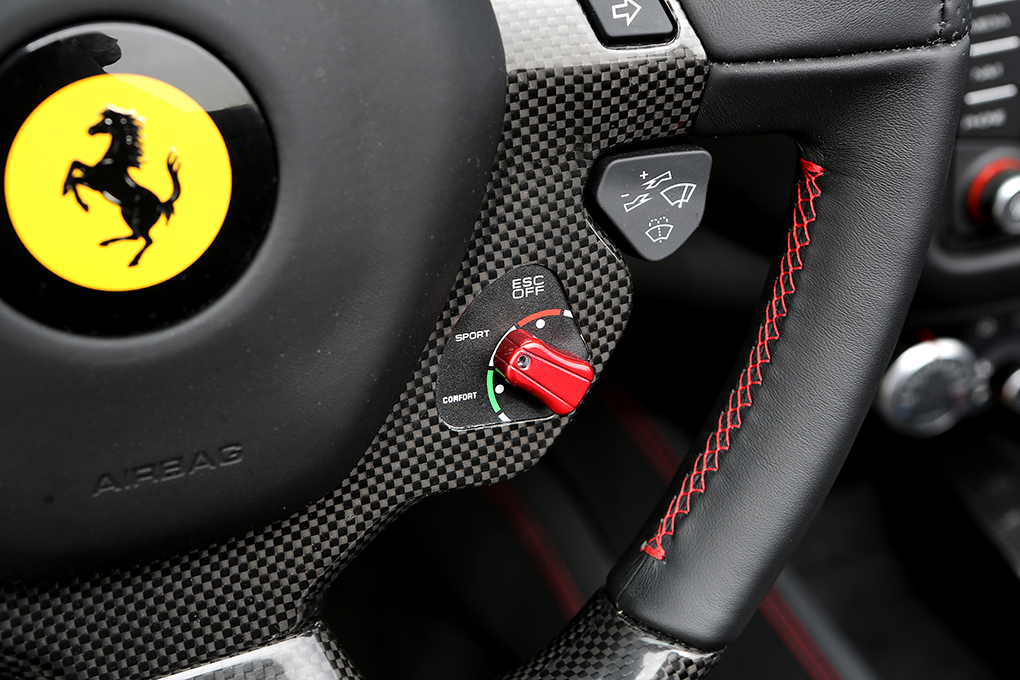 3. Its ride is as smooth as a Mercedes S-class

As with the previous model, the suspension uses rather clever magnetorheological damping. If you can pronounce that, give yourself a gold star. Essentially the dampers are filled with fluid containing tiny metal particles. Magnets restrict or increase the flow of fluid through a valve, depending on the driving conditions. Set to Comfort mode, the California T rides as smoothly as a Mercedes S-class. 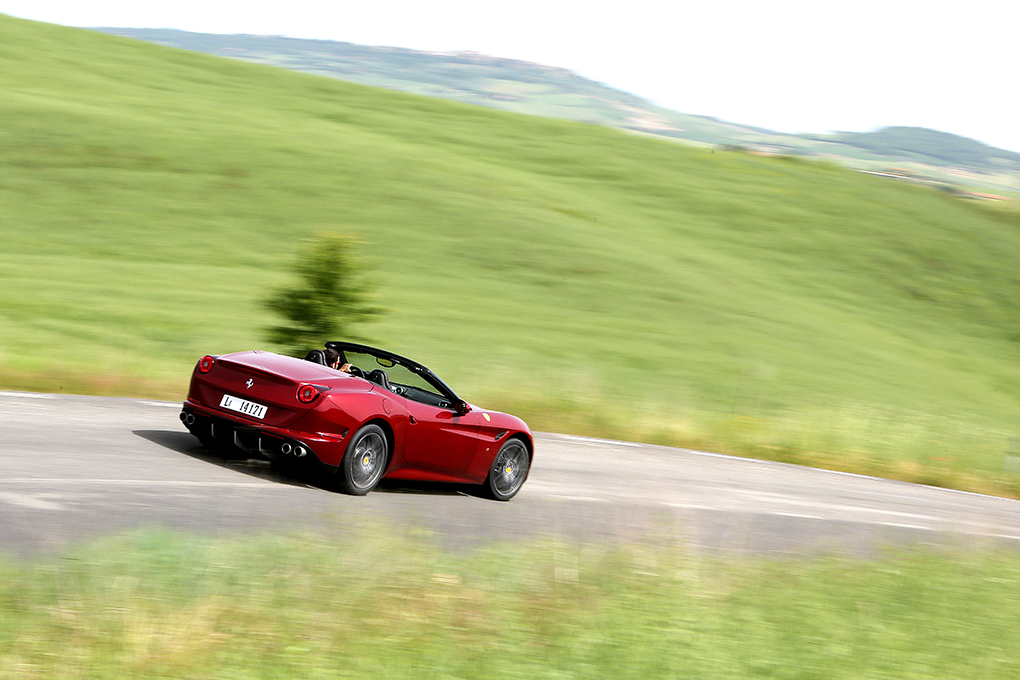 4. It handles more securely than a Porsche 911

One of the most popular sports cars on the road is the Porsche 911. A good number of California T buyers will trade up from it to the more expensive (£154,490) Ferrari. They’ll find that the California’s front-mounted engine is set so far back in the chassis that it gives the car excellent response and good stability, unlike a Porsche 911 whose engine is mounted at the rear, making the model more of a challenge for the inexperienced driver. 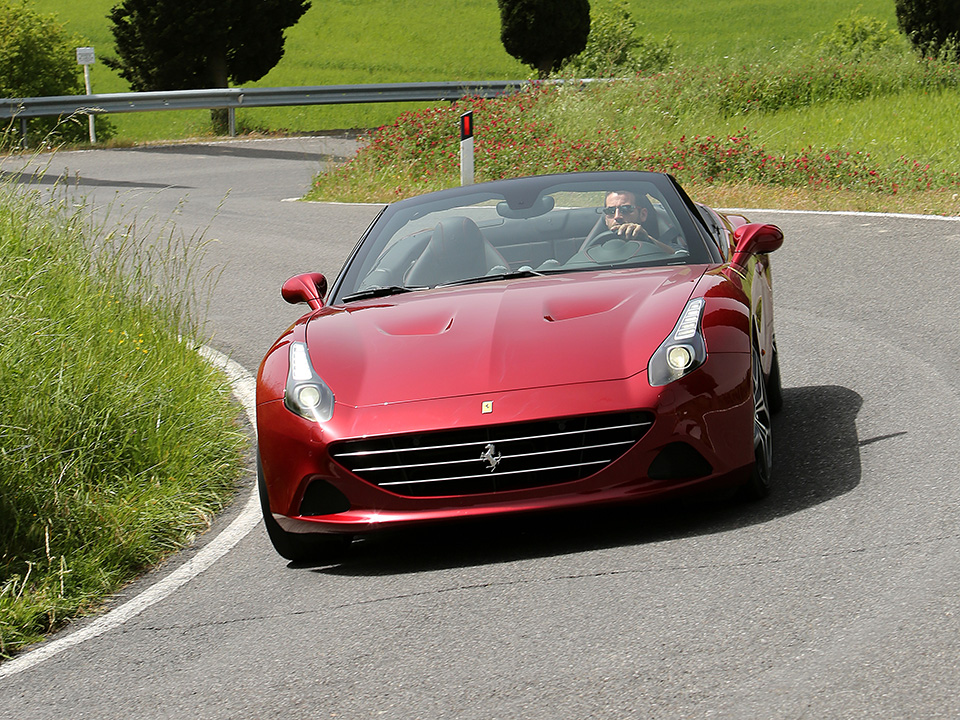 5. Its dual-clutch transmission is better than Volkswagen’s system

Click your fingers. Now ponder this: at full throttle, the California T’s dual-clutch transmission can change gear faster than you can click your fingers. It’s perfectly smooth with it, too. And when you find yourself struggling through traffic, the seven-speed transmission is smooth and seamless, like the best automatic gearboxes. Unlike Volkswagen’s system, it never lurches or shunts.

Search for and buy a used Ferrari California on driving.co.uk