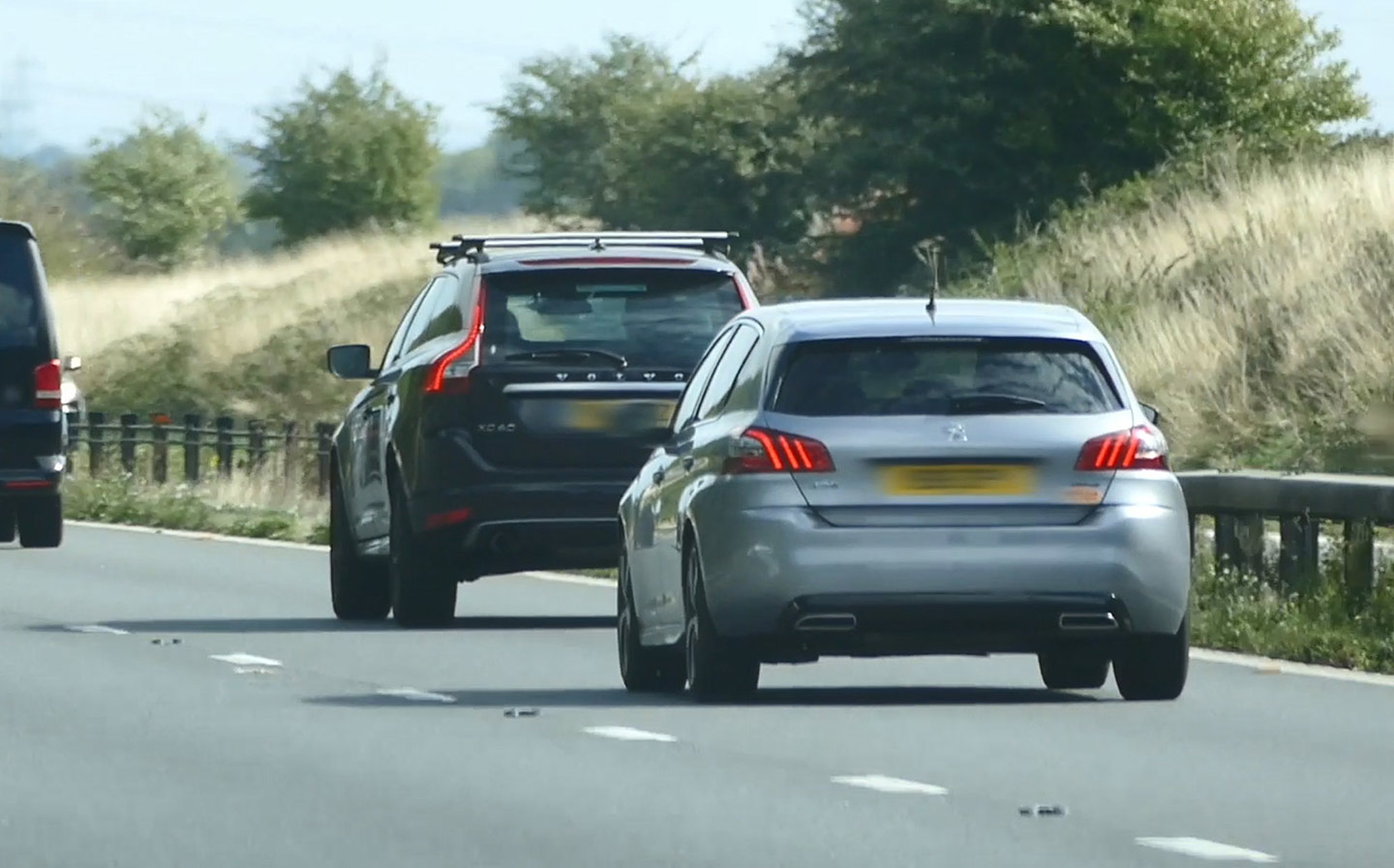 TAILGATERS will be fined £100 for driving too close to the car in front as part of a new crackdown on antisocial drivers by police.

The move follows analysis published by Highways England that shows almost one in eight casualties — 1,896 out of 16,233 — in 2016 was caused by drivers travelling too close to the car in front. This included 114 people killed or seriously injured.

Using dash cams, heart monitors, and facial recognition and emotion-tracking technology, it found that drivers who were followed closely behind by another motorist had a rise in heart rate and displayed rising levels of “surprise, anger and contempt”.

Tailgating also causes “phantom” traffic jams in which the ripple effect of sharp braking leads to congestion on busy roads.

In response, it has launched the campaign “Don’t be a space invader: stay safe, stay back”, which is being backed by Nigel Mansell, the former F1 champion and now president of IAM Road Smart, a road safety charity.

As reported in The Times, Mansell said: “Tailgating is a driving habit I utterly deplore. Not only is it aggressive and intimidating, but it can lead to a crash with a tragic outcome.”

Police chiefs said officers would be on the lookout for motorists driving just a few metres behind another vehicle.

The official stopping distance, including thinking time, for a typical family car travelling at 60mph is 240ft or 73m. It rises to 315ft or 96m at 70mph.

The Highway Code states that drivers should allow at least a two-second gap between themselves and the vehicle in front on roads carrying fast-moving traffic. That distance should be at least doubled on wet roads.

A survey of more than 1,000 drivers carried out to coincide with the campaign found that almost nine in ten had been tailgated or had witnessed it. About a quarter admitted that they had tailgated cars in front.

Richard Leonard, head of road safety at Highways England, said: “If you get too close to the car in front, you won’t be able to react and stop in time if they suddenly brake.

“Tailgating makes the driver in front feel targeted and victimised, distracting their attention and making them more likely to make a mistake. It is intimidating and frightening if you’re on the receiving end.”

However, the organisation said that most drivers guilty of tailgating aren’t doing it to deliberately intimidate; most are “simply unaware they are dangerously invading someone else’s space”. Only a “small minority” of tailgating was deliberate, it added.