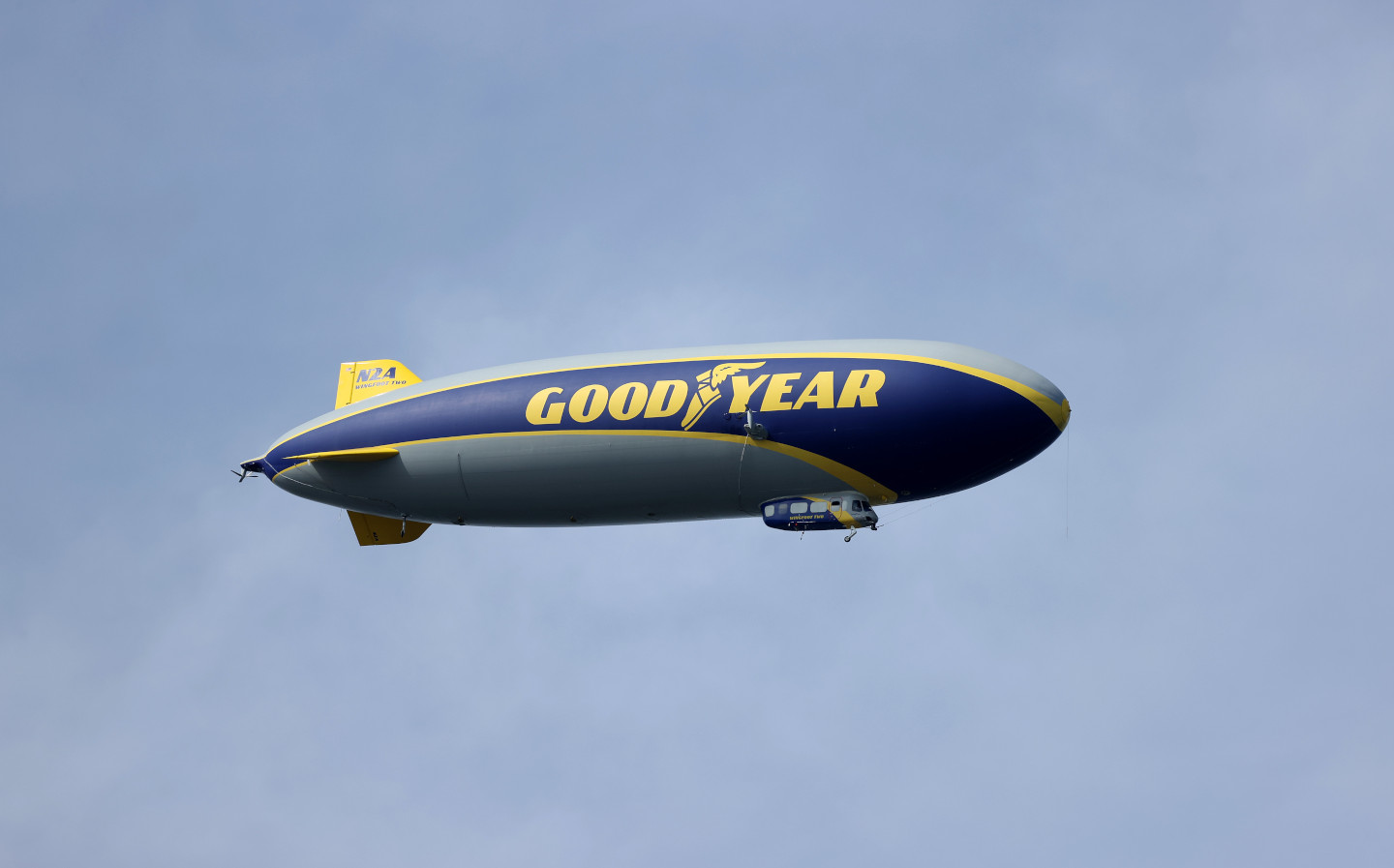 THE FAMOUS Goodyear Blimp, which hasn’t been seen in London for nearly a decade, is visible over the Capital’s skyline today.

People in Kent were hoping to spot the airship flying over the Southeast of England on Tuesday, but visibility was hampered by poor weather. Wednesday’s clearer conditions mean that the yellow-and-blue airship is completely visible in many areas of London.

The Goodyear-branded Zeppelin NT was first visible over southeast London early this afternoon, flying over the o2 Arena in Peninsula Square. It was also visible from other London landmarks such as Tower Bridge, Borough Market, Pall Mall and the London Eye. Flying at around 1000ft, the airship was visible from the Shard’s viewing deck at around 1:20pm.

The tyre manufacturer created a Twitter thread tracking the Zeppelin’s progress and encouraged those who see the blimp to post pictures to the social media site, leading to #GoodyearBlimp trending on the social network.

Morning everyone! Today’s the big day. The #GoodyearBlimp is heading to London, and just like any visitor to the city, we’ve got some sight-seeing to do…

Who else is in #London today? Tweet us a reply or even drop us a photo if you spot us overhead ? pic.twitter.com/GTprUQV3Sh

The airship has become a regular site at sporting events across America, including Nascar races, NBA matches and PGA golf events. It is a comparatively rare sight in the UK, although it has visited intermittently for nearly half a century: it made its first European flight over Cardington, in Bedfordshire, in June 1972, and has since been sighted at cultural events such as 1980 FA Cup final, 1985’s Live Aid and two royal weddings.

The aircraft represents a partnership between Goodyear and Zeppelin — whose name has become synonymous with airships — that has lasted nearly 100 years. It is operated and managed by a German company, Deutsche Zeppelin-Reederei.

The Goodyear NT is capable of flying at between 1,000ft and 1,500ft in the air, and is packed with 297,527 cubic feet of helium. Its capacity is the equivalent of 207 million golf balls or 3.5 Olympic-sized swimming pools, while its structure is a semi-rigid skeleton made from aluminium and carbon fibre.

Propulsion is managed by three vectored engines, which enable a top speed of 73mph. Technological advancements mean that it can also hover in place and take off or land in the same manner as a helicopter.

The Gondola of the blimp seats up to 12 passengers, although it’s only possible to get aboard if you’re carrying an invite.