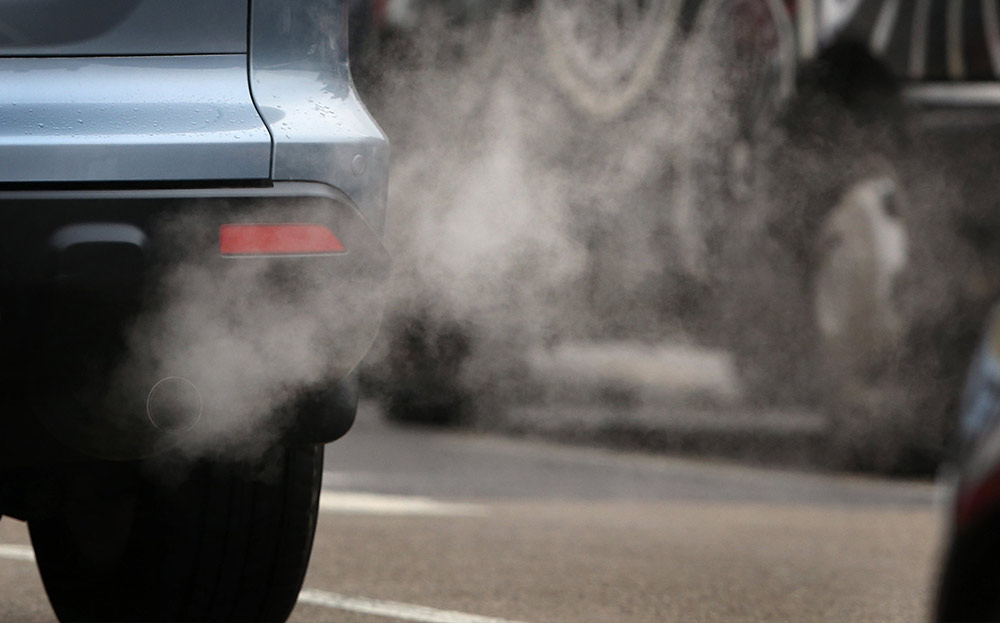 A LONG-AWAITED report by the Department for Transport on NOx (oxides of nitrogen) emissions from cars sold in Britain has concluded that levels can be more than six times higher in real-world driving than the official legislative limits.

The results confirm suspicions that laboratory tests designed by the European Commission systematically understate true pollution levels. It is likely to increase calls for reform of the current testing system, which is already in the process of being overhauled.

About 30,000 people a year are said to be killed in the UK by air pollution, with as many as 23,500 deaths attributed directly to diesel vehicles.  NOx, in particular, is associated with asthma and other breathing problems.

Tests by the Vehicle Certification Agency on behalf of the DfT were carried out on 56 vehicle types in Germany and 37 vehicle types in the UK, over a period of six months, including popular models such as the Nissan Qashqai, Ford Focus, Mercedes A-class and Vauxhall Astra.

All vehicles tested emitted higher levels of NOx on the test track than in the laboratory. The tests did not detect evidence of so-called defeat devices, as used by Volkswagen, to beat strict NOx limits. 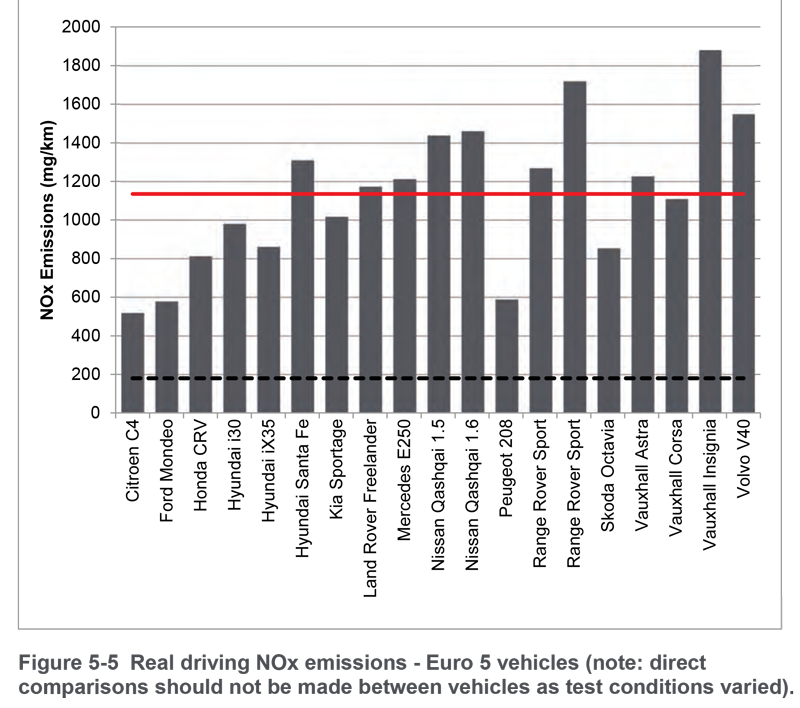 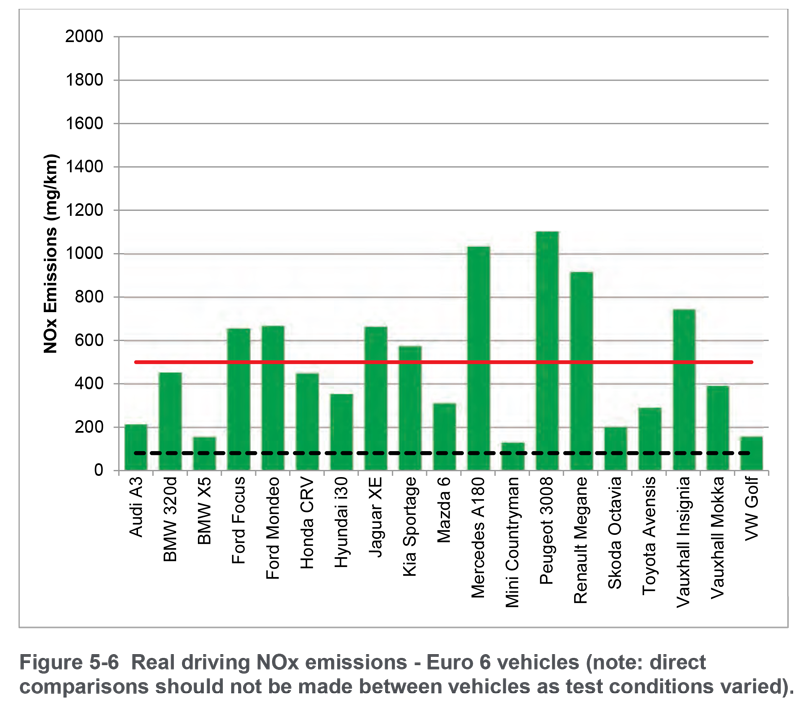 Patrick McLoughlin, the secretary of state for transport, said: “The tests do show the widespread use of engine management systems to prevent engine damage, which can lead to higher emissions in real-world temperature conditions cooler than those in the approved lab test.

“They have not detected evidence of manipulation of emissions lab tests, as used by the VW Group, by any other car manufacturer.

“The UK has been leading in Europe in pushing for real-world emissions tests, which will address this problem. Real-world tests will be introduced next year to reduce harmful emissions, improve air quality and give consumers confidence in the performance of their cars.”

The car industry has accepted that the official testing system is flawed. The Society of Motor Manufacturers and Traders said: “Cars approved for sale meet the legal limits under the EU lab-based testing regime. There are no limits for NOx emissions in the real world. We recognise this needs fundamental reform.”

A new laboratory test cycle now being finalised, the Worldwide Harmonised Light Vehicles Test Procedure (WLTP), is tougher than the current official European test. Expected to be mandatory for new cars from September 2017, the WLTP includes many more periods of acceleration and higher speeds, which tend to generate pollutants such as NOx. The DfT says flexibilities in the current test, often seen as loopholes, have been removed, and the WLTP is expected to reduce the NOx emissions limit by more than half.

Cars will also be tested on real roads, in real traffic, to simulate more than 90% of European driving. The “real world” test, called Real Driving Emissions (RDE), does not prescribe a speed profile, and so the DfT believes it will not be possible for a vehicle to detect that it is being tested, as Volkswagen Group defeat devices have done. Instead the RDE test procedure allows a wide variation in the way the vehicle is driven, the terrain and the weather.

View the report in full here.