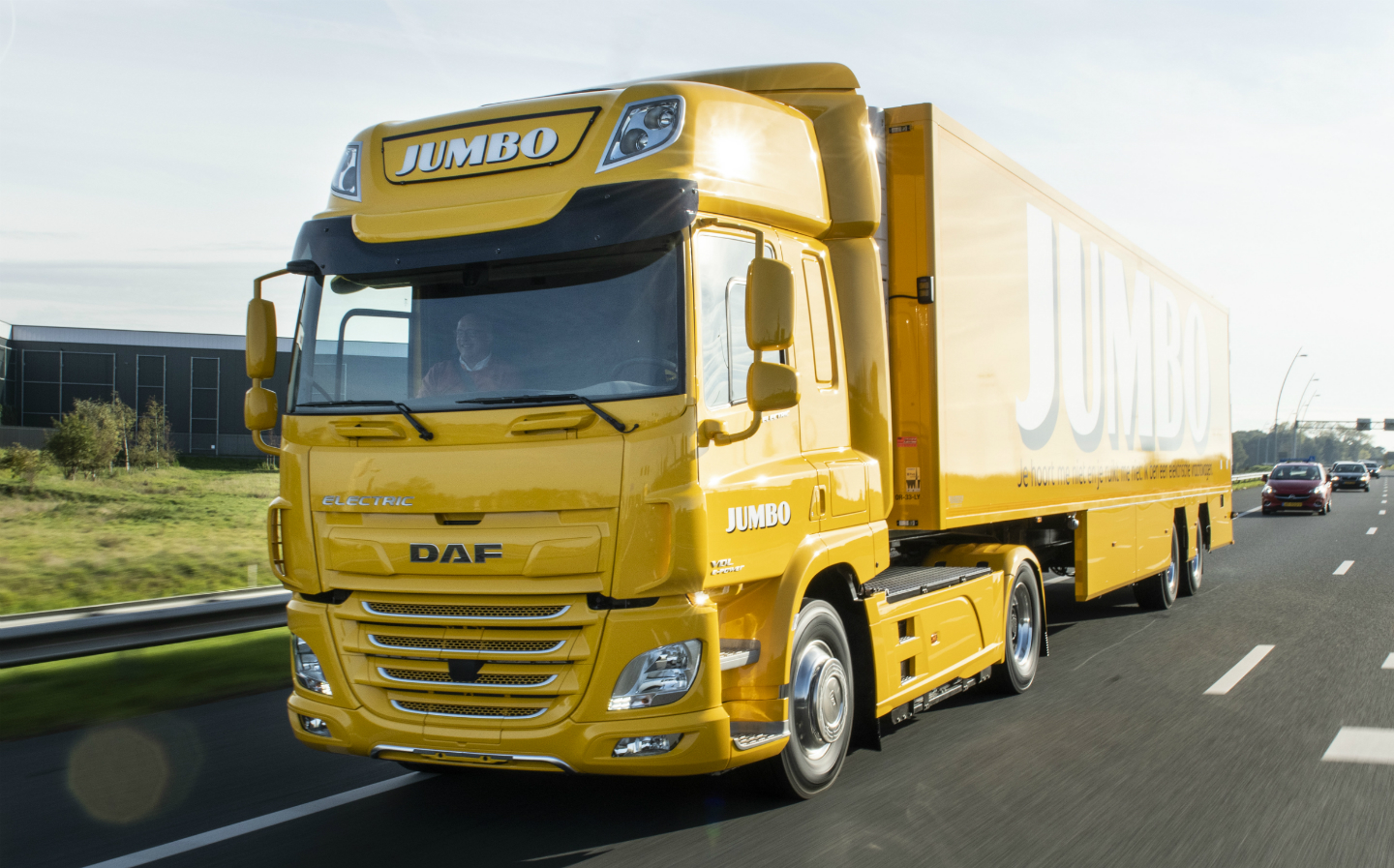 DAF Trucks has kick-started the New Year by delivering its first pure-electric lorry to a customer.

The DAF CF Electric will begin hauling cargo for the supermarket chain Jumbo, in The Netherlands, as part of “large-scale field test projects” before the heavy goods vehicle (HGV) enters full-scale production.

With DAF claiming the CF Electric is capable of deliveries within a radius of about 50km (31 miles) from a charging point, the electric lorry won’t be making long haul journeys on Holland’s autobaans. Instead, Jumbo will use the truck to deliver stock and supplies from its distribution centre in the town of Veghel to nearby stores.

To keep the lorry’s batteries topped up, the VDL Group (DAF’s technical partner on the CF Electric project) has installed a charging station at the Veghel centre. The electric HGV could also eventually be recharged with renewable energy, as VDL says it is currently assessing the feasibility of fitting solar panels to power the charging station.

This first electric lorry is somewhat of a toe in the water for DAF but it expects the field test will have a big impact on its plans for low carbon haulage, using the data to inform the development of a production-spec electric fleet.

Jumbo CEO Frits van Eerd foresees electric lorries having a big impact on his business, with the “ultimate goal” being 45% of stores supplied by pure-electric HGVs and a halving of the Jumbo lorry fleet’s CO2 emissions from 2008 levels by 2020.

DAF is the latest lorry maker to start making pure-electric HGVs. Mercedes-Benz began delivering its eActros truck to clients in September 2018, and Tesla and Volvo have already confirmed they’re working on their own pure-electric cargo carriers — with Volvo claiming trials of its “VNR Electric” will begin in North America in 2020.

Behind the wheel of the Tesla Semi: the electric lorry with 500 miles of range and Autopilot