AS WE line up for a fast lap of the Race of Champions Skills Challenge course, David Coulthard leans over. “If I get lost,” he says, “you’ll have to point out where I need to go.”

Not much chance of that, surely, as this particular course isn’t the long, sweeping Silverstone Grand Prix circuit but a tight and twisty maze of cones laid out in a car park outside London 2012’s Olympic Stadium. In expert hands, and with liberal use of a handbrake, it can be navigated in just 36 seconds – a time set earlier in the day by the former British touring car champion Jason Plato.

Amid Coulthard’s doughnuts, drifts and tyre smoke and the very angry howl from our Ariel Atom Cup car’s 2-litre Honda engine (no need to shift out of first gear for the entire lap), the chances of me being able to offer directions are as likely as Mercedes losing this year’s Formula One constructors’ title. 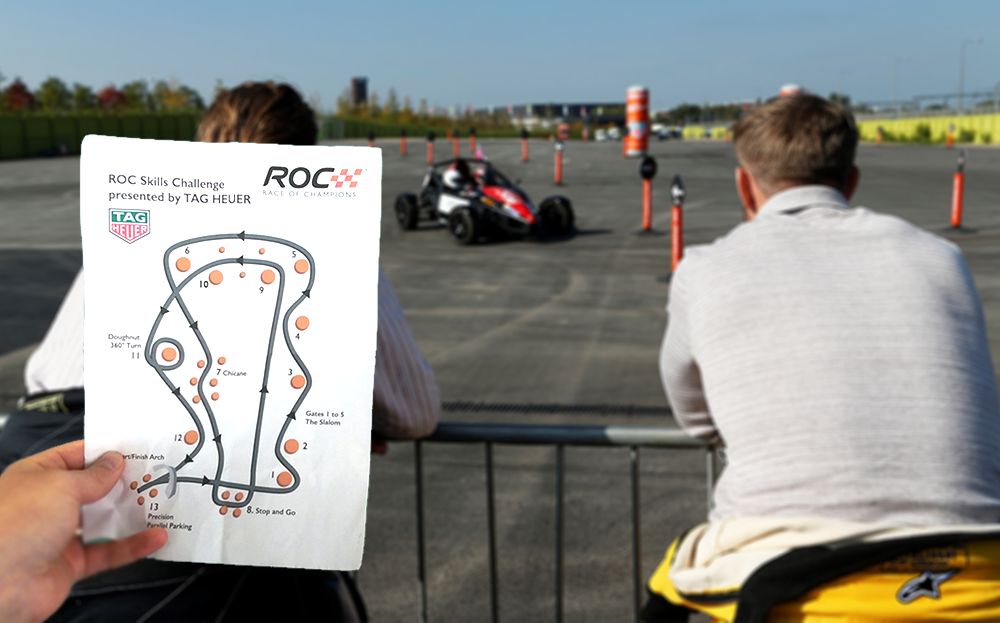 It’s reassuring that even “DC”, the F1 racer turned commentator, who took overall honours at the Race of Champions (ROC) last year, feels he needs a bit of help. Earlier in the day I had taken on the Skills Challenge as a taste of what the professional drivers from racing, rallying, rallycross and superbikes will face in the real ROC, to be staged next month at the former Olympic Stadium in London. I had encountered the same bewilderment. Looking at the track layout on a piece of paper is one thing; viewing it from the tarmac-scraping driving seat of an Ariel Atom is another matter.

Ostensibly, it is a chance to prove who really is the best driver in the world. For Coulthard the camaraderie is the big attraction

The Skills Challenge is just one element of the ROC and was introduced at last year’s event in Barbados. The main event has two parts: the Nations Cup, where two drivers of the same nationality are paired up and compete against the other countries, and the Champion of Champions event, in which it’s every man or woman for themselves as they fight to be crowned the best driver in the world.

A variety of cars are used to add spice, mixing things up for both competitors and spectators; the final vehicle line-up is yet to be confirmed, but expect the Ariel Atom Cup to feature alongside the bespoke ROC off-road buggy, supercars such as the Audi R8 and more. 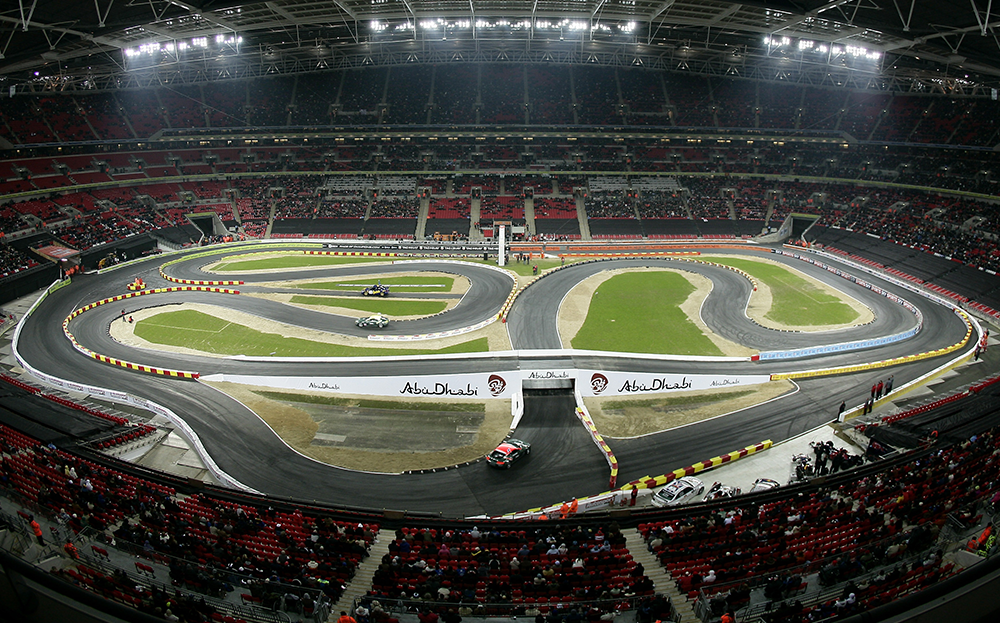 All the action takes place inside the stadium, with both the Nations Cup and the Champion of Champions racing taking place on a single looped track with parallel lanes that allows two drivers to set off at the same time, creating a thrilling, edge of-the-seat spectacle for fans.

And spectacle it is: unlike most motor sport events, where cars speed by and disappear around a corner, the audience has a full view of all the action (of which there is plenty – see the video above).

Competitors include some of the biggest names in the business. This year the multiple F1 champion Sebastian Vettel, the multiple Le Mans winner Tom Kristensen, the two-time British touring car champion Jason Plato, Mick Doohan, winner of five MotoGP titles in a row in the 1990s, and for the first time the lightning-quick Red Bull F1 driver Daniel Ricciardo will be doing their best to get one over their peers.

But why do these racing megastars compete in the ROC? For most, the event wouldn’t even get a mention in their CV. Ostensibly, it is a chance to prove who really is the best driver in the world, as the playing field is level, with identical cars and conditions, and the risk for the superstars of F1 is that they could be humbled by less well-known drivers from lower-profile series. That is all part of the thrill, rousing their competitive instincts. 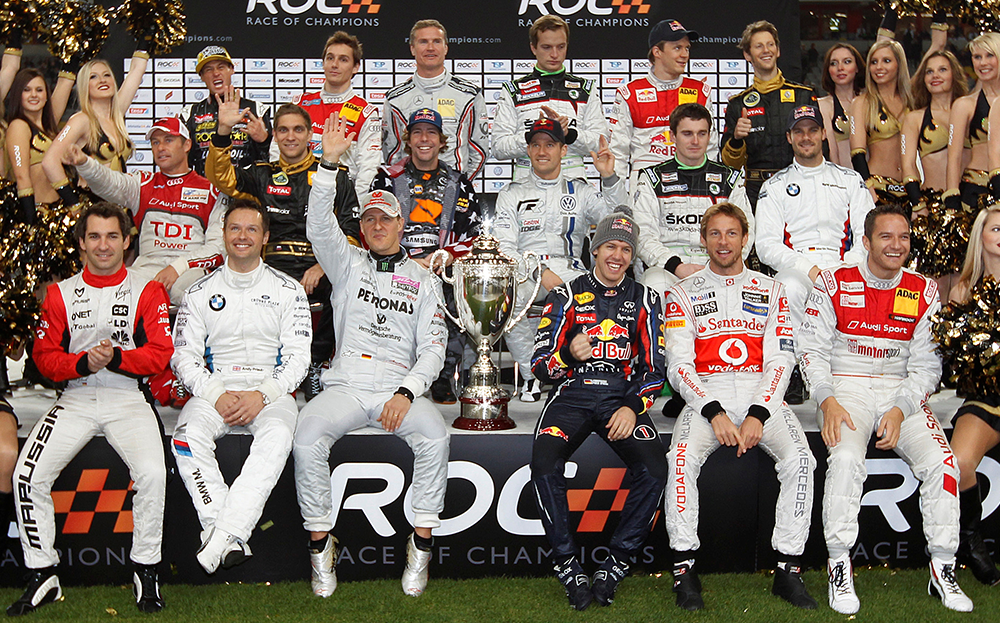 For Coulthard the camaraderie is the major attraction. “The chance to race with guys who are not only icons of motor sport but also thoroughly decent people is what makes it really special. The drivers are not here because they’re paid a vast amount to participate; they come along because of Fredrik Johnsson [the ROC founder and organiser] and the way he operates, and for the opportunity to celebrate motor sport in a fun environment. We all change in the same changing room; we hang out together at the hotels. There is no event like this anywhere else in the world. ”

Plato, who was a presenter of Fifth Gear before it dropped off the Channel 5 schedules, has a reputation as something of a playboy on the motor racing scene. For him the socialising – particularly the private pre-event drinks party for drivers and event organisers – is a big part of the draw.

Having a party before the racing isn’t perhaps the best idea, though. Plato cites a particularly bad hangover during the 2010 event as the reason for Team Great Britain, which he formed with his fellow touring car ace Andy Priaulx, losing to Germany in the Nations Cup. Will he take it easier at the bar this time around, with a home crowd to please the following day? “No chance,” he retorts. 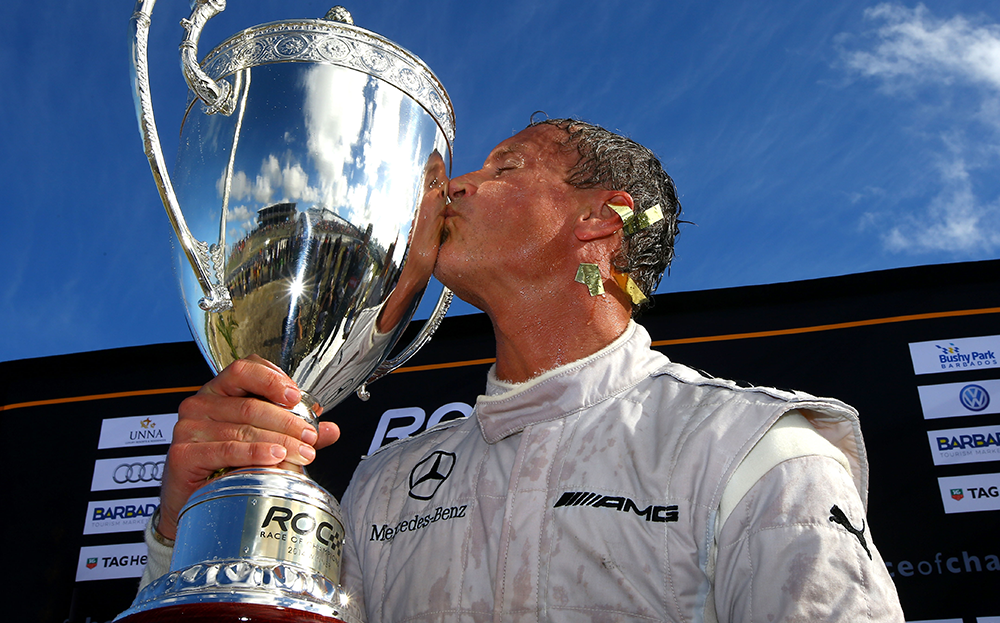 Of course, there’s a chance for drivers to settle scores, too. Ricciardo will have the opportunity to race his former teammate Vettel, who quit Red Bull for Ferrari at the end of 2014. It was a fortunate move, as Ferrari is Mercedes’ closest rival in F1 this season.

“To see Seb jump ship this year and win races – I’ve got to get some sort of redemption in 2015, so I think here is going to be the place.”

All drivers, including Plato, agree that the ROC is more than a bit of fun, however. “You come here with the intention of having a good time, and I’m sure we all will, but there’s always that element of competition that runs through you. Once the helmet goes on, you can’t help but have that fire inside you. It’s gonna get very serious.”

The Race of Champions returns to London on November 20-21, with the Nations Cup being held on Friday and the Champion of Champions event on Saturday. Tickets cost from £24 per adult per day, or from £36 for both days. Visit raceofchampions.com for more details.