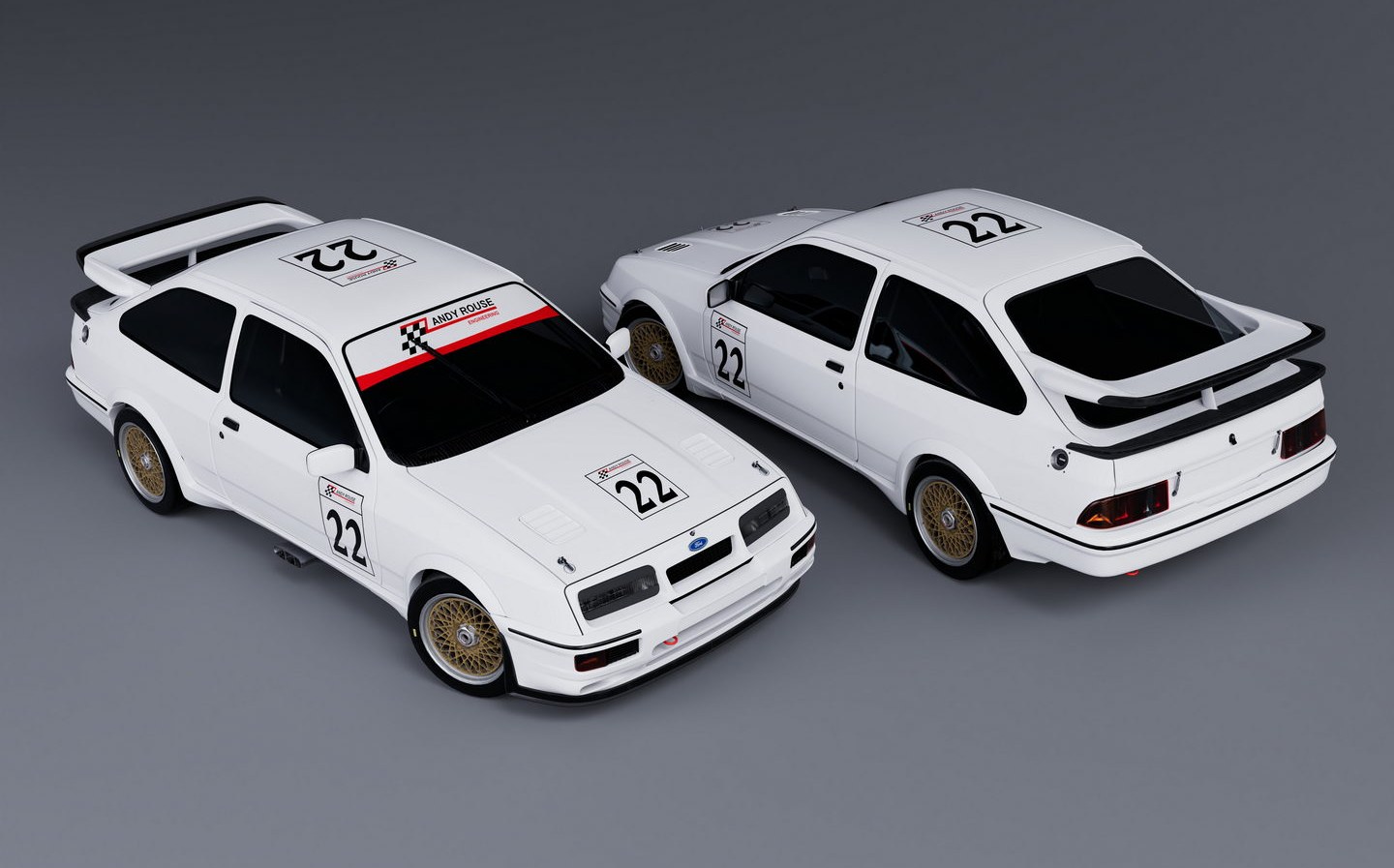 Gloucestershire-based CNC Motorsport AWS has announced that it is to build three continuation Ford Sierra RS500 Group A touring cars to specification developed in the 1980s by Andy Rouse Engineering (ARE), the firm that helped turn the Sierra Cosworth into a successful racer.

The RS500 notched up 40 British Touring Car Championship (BTCC) wins in its day including the overall title in 1990, and the three continuation specials, built as part of a collaboration between AWS and Rouse, will use original RS500 shells.

The first chassis will use a Ford “909” motorsport shell carefully dry-stored since the 1980s, while the other two cars will use road-car shells. All will be delivered in plain white allowing prospective owners to choose their own liveries. 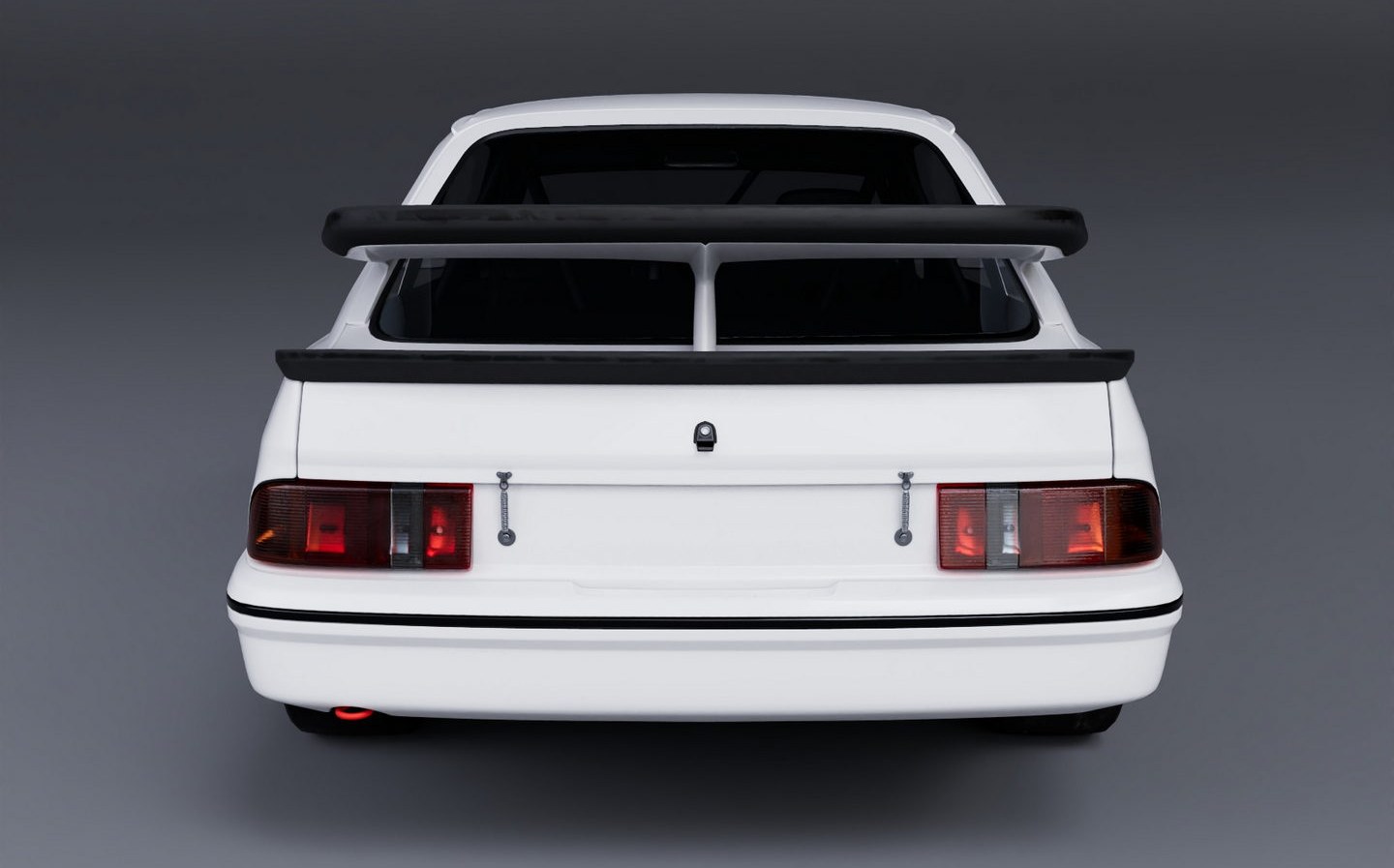 Under the bonnet, the three cars will feature a four-cylinder turbocharged Cosworth YB engine rebuilt by Vic Drake, Rouse Engineering’s long-time engine builder who built over 100 RS500 engines back in the day.

Despite being developed in the 1980s, the engines will still put out an eminently respectable 575bhp, which will be sent to the rear wheels via a five-speed Getrag gearbox and a 9in viscous differential.

As AWS founder Alan Strachan has had a long relationship with ARE — he worked for the company building and running cars, including the RS500 Sierras in the BTCC between 1989 and 1992 — the firm had access to original drawings and data and so were able to reproduce Rouse-specific parts, such as front suspension uprights, rear arms, fuel tank enclosure, heated windscreen, side-exit exhaust and the period-correct Rouse-designed steel roll cage.

Both AWS and ARE are thus well-placed to undertake the revival of a touring car legend.

Rouse himself won 60 BTCC races as a driver, though even back in the 1970s when he was winning races with the Broadspeed team, he also undertook race development engineering duties. After British Leyland axed its support for the Broadspeed Jaguar XJ12C touring cars, Rouse left, setting up his own company in 1981. 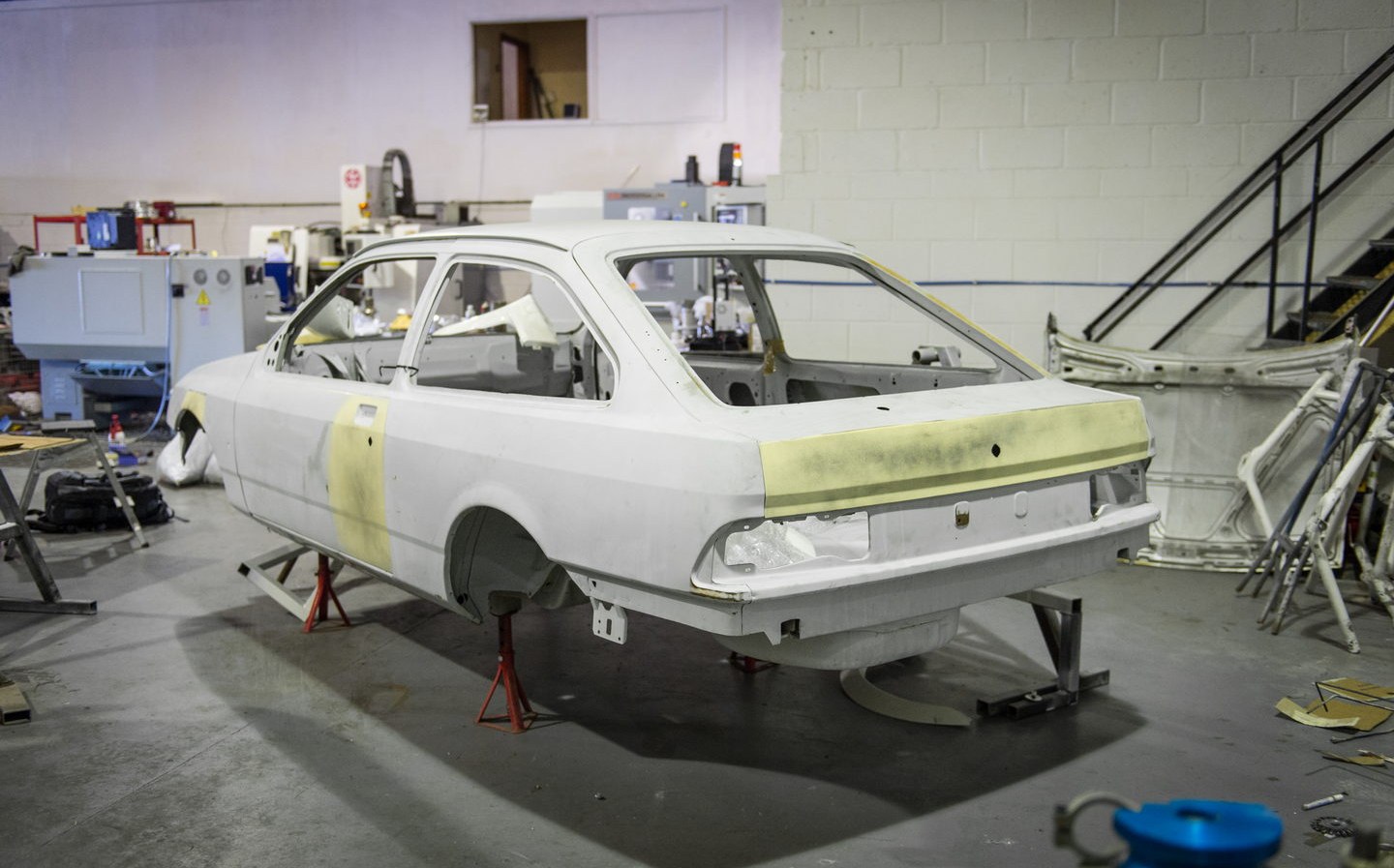 Race victories continued with a number of different cars, but in 1984 he was approached by Ford to build and develop its Sierra Cosworth touring car. The Sierra was to dominate British touring car racing until the end of the decade, most notably in its famous Kaliber non-alcoholic beer livery. Although closely linked with Ford, as well as running works Mondeos in the 1990s, Rouse also ran a works team for Toyota.

Both for its connection with ARE and for its experience in reviving old racing cars, AWS engineering was also a good fit for the Sierra continuation project. Although an advanced operation, AWS is a small company that specialises in restoring classic touring cars. In the last two years it has restored a Group A Rover SD1 as well as RS500 and XR4Ti Sierras.

According to Alan Strachan:

“Demand for competitive Group A machines is rising, enabling access to some of the best motorsport events around the globe for correct cars. The cars are great fun to drive, relatively easy to maintain and considerably more affordable to run than Super Touring [1990s and 2000s] cars.”

“RS500s are also a great draw for the fans that fondly remember these fire-breathing monsters. The cars will be built and signed off by Andy, just as we did in period,” he said.